RATHMULLAN Film Festival is set to return for its sixth year from Thursday, February 16 to Sunday, February 19. After two years of online and hybrid formats, the festival is back to its collaborative roots, turning the village of Rathmullan into a cinematic wonderland.

Since it launched in 2018, Rathmullan Film Festival has continued to grow as a participatory film festival located in the heart of Rathmullan.

Over the past number of years, the festival has become a four-day event that takes place during the February mid-term break and has been vital in promoting tourism and creativity in the north west.
While the programme is still being finalised, the Film Festival team have come up with two initiatives in the hopes of encouraging both younger members of the community and adults to get involved in filmmaking. One of these initiatives is the Northwest Film Challenge.

Participants will learn how to creatively re-use archives and filmmaking skills through a series of free online workshops.
At the end of the programme, filmmakers will submit a three-minute film which will be premiered at the festival on Sunday, February 19 with a great prize up for grabs.
The challenge is open to those who are aged over 18, based in Donegal or Derry and able to attend all or most of the online workshops which are taking place in the evenings and over two Saturdays, from January 21 to 28.

Discussing the initiative, Laura Aguiar, Festival Co-Director said The Northwest Film Challenge is perfect for those who have never made a film, those who are hoping to improve their filmmaking skills and for those who are in need of some motivation to make a film.

“The great thing about it is that the workshops are online meaning it’s flexible and not overly time consuming. We are delighted to be partnering with Northern Ireland Screen and the Public Record Office of Northern Ireland on this project for a cross-border collaboration. We are so excited to give people the chance to have their films premiered at the festival and to watch their ideas and filmmaking skills come together. Spaces are limited so we encourage you to book your place as soon as possible,” she said.

The film festival team are also inviting children and teenagers aged under 15 to submit a two-minute film as part of the #TellUsAStory challenge.

This year’s film challenge is the perfect opportunity for young people to showcase their creativity and share a story about anything they want through filmmaking – be it a person they’re inspired by, a place they love, a moment in history or something completely fictional.

All of the films will be shown at one of the biggest nights of the year, the annual Gala Night, where there will be an Oscars awards ceremony.

This year’s programme will be revealed at the beginning of February and will be packed with a range of exciting events, workshops and lots of films made in Rathmullan, Donegal and the North West by people of all ages.

To find out more and to get involved with either of the challenges, visit https://www.rathmullan.ie/filmfest. 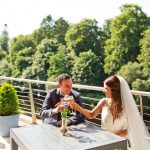