Sacred Heart of Jesus have mercy on his Soul

Remains reposing at his late residence on Sunday, January 22nd from 12 noon until Rosary at 9 pm. Funeral leaving from his late residence on Monday, January 23rd at 10.20 am for Requiem Mass in St. Mary’s Church, Sessiaghoneill at 11 am. Private Cremation to follow later. The Requiem Mass will be streamed live via the Parish Facebook page at https://youtube.com/@killygordonparish

Family time this Saturday evening, January 21st and on the morning of the funeral.

Those who wish to leave a message of sympathy for the family may do so below. 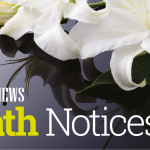