DONEGAL’S Gay Walking Group has branched out into the field of rewilding.

Members have begun a six part programme on An Caora Dubh farm in the Derryveagh Mountains.

Under the scheme volunteers will involve themselves in a range of activities, starting with hedge laying and tree planting.

The project marks a milestone for a community only established 18 months ago.

Donegal Gay Walking Group was set up as a way of breaking down isolation among those who identify as LGBT+.

Group co-ordinator Julian Cunningham said the rewilding scheme came about through a search for other activities outside of the regular hikes members embark on.

“I was looking for volunteer events and came upon the Inishowen Rivers Trust and the work it was doing in Buncrana,” said Julian.

“It was closed for the winter but I did manage to contact them and found John Duffy, one the project officers. 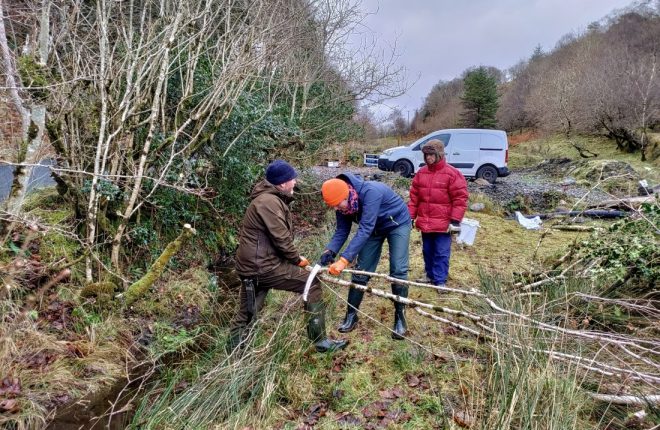 Volunteers Ben and Sarah muck in as John Duffy offers some advice from the sideline.

“He had work on his farm which tied in with exactly what we were looking for, tree planting and regenerative agriculture.”

A grant of €600 for the project, to pay for tools and other hardware, was drawn down through Seeds of Change.

Rolled out through the Donegal-based ChangeMakers initiative, Seeds of Change provides small grants to community groups and organisations so they can develop and deliver their own environmental schemes.

Volunteers put the equipment to good use on leg one of the programme when they learnt how to create stock proof hedging.

It involves lashing down existing branches to create a livestock proof alternative to fencing while also providing a valuable habitat and shelter.

Each section of the six-part scheme will have a different theme, three completed this season and a further three later in the year.

On the overall growth of the Gay Walking Group, Julian Cunningham said he was surprised at how it quickly it has taken off.

“I’m very pleasantly surprised that there is such an appetite for the events I organise.

“We have had 17 people out on events with us and on one occasion we had 19 join us. 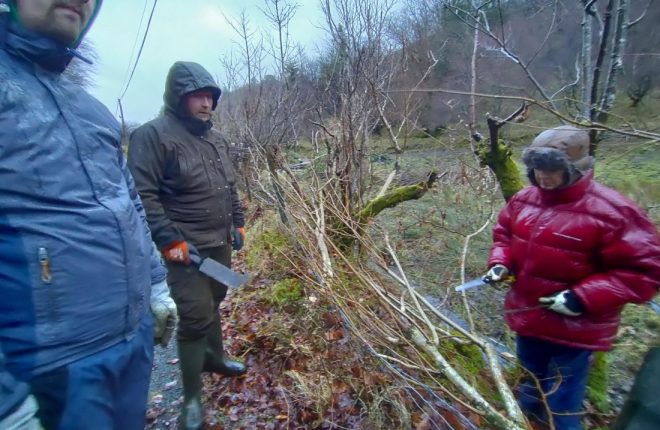 Walking Group member Ben putting to use one of the tools purchased through a grant drawn down from the Seeds of Change initiative.

“It tells me that there was something missing in terms of social activities, meeting new people and just developing a wider circle of friends.

“I’m delighted that the numbers continue to grow.”

The group is open to all who identify as LGBT+ but also to those who see themselves as friends of the community.

“It is open to straight people who would see themselves as allies of the community,” Julian added. 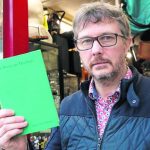