It’s Hill 16, Croke Park, and watching events unfold from behind the goal, ‘Dodo’ O’Donnell sees Karl Lacey take possession before advancing to within 45 metres of the target and then dropping the ball into the square where it is expertly fielded by Michael Murphy who turns to rifle it to the net.

Two minutes and 25 seconds into the 2012 All-Ireland Final but just between Lacey’s superb pass and Murphy’s finish, a moment in time for ‘Dodo’.

A moment to reflect on the highs and lows that led to it…..a moment for the watching supporter, a character in a new play set to be staged over three nights this weekend at the An Grianán Theatre in Letterkenny. And a moment that has stayed with playwright, Kieran Kelly, who was indeed behind the May goal as Murphy swivelled to set Donegal on the path to glory. 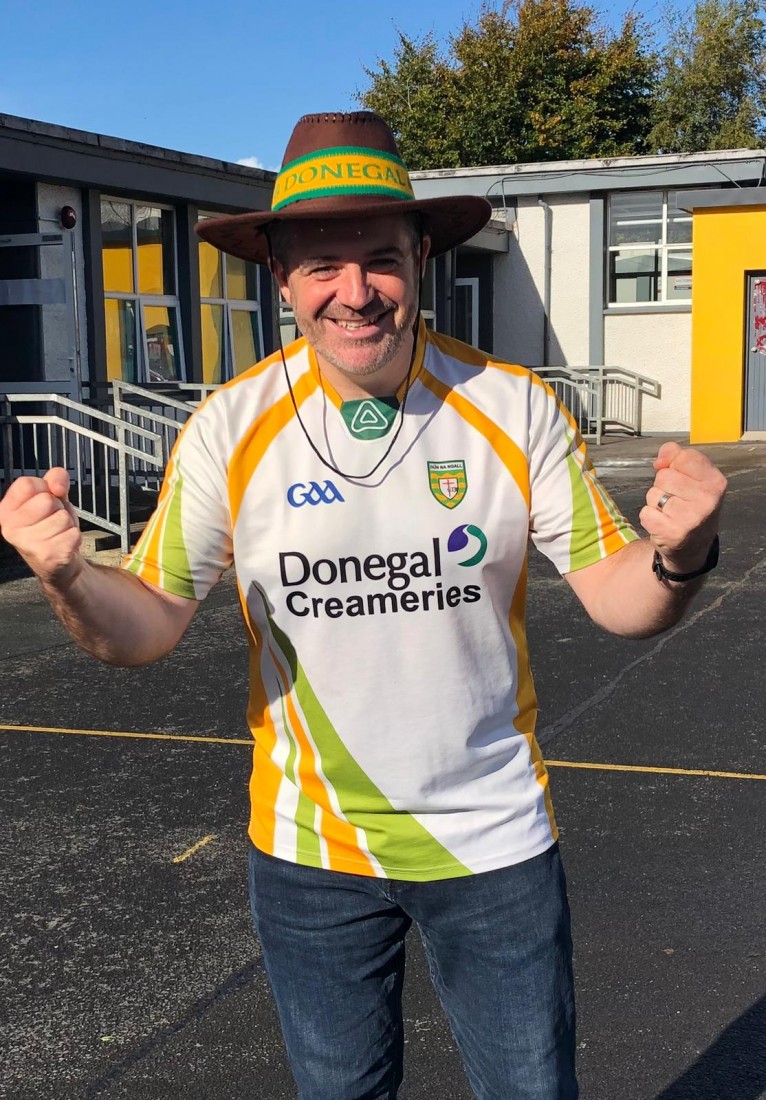 ‘Jimmy’s Winnin’ Matches’ – Kieran is quick to acknowledge Rory Gallagher who penned what became a stirring anthem for the green and gold and allowed it to be used as the title of the play – is a production that features Ballybofey native Louise Conaghan, filling the role of Danielle ‘Dodo’ O’Donnell and over eighty characters in this one woman production. In the footballing perspective, she’s the Murphy who delivers the goods and Kieran the Lacey who sets it up. And directing operations from the sidelines in the guise of Jim McGuinness is well known actor, Patrick McBrearty, helping to bring the production together.

Three Donegal natives staging the show and doing so with the pride of true football, and drama, fans. For Louise, it’s a play that grabbed her from the moment she delved into the story.

“The script is brilliant. There was something about it that really connected. I read it and was taken by it right from the off. Kieran’s an absolute perfectionist and it shows.” It’s the story of Donegal’s glorious All-Ireland success a decade ago but it’s so much more. Both Louise and director Patrick reflect on the many issues dealt with in the play – emigration, mental health, and the cancer bus, issues so relevant to the county.

“It’s a play with great humour and with its tragic-comedy element. Very well scripted and so well done,” St Johnston native, Patrick, well known and equally regarded on the professional drama circuit, maintains.

“Yes, it’s a bit like watching a match – highs and lows throughout,” says Louise. “The character ‘Dodo’s’ obsession with sport is demonstrated and we do have an obsession with sport in this county.” That 2012 All-Ireland Final remains, and will forever remain, an abiding memory for those who were physically present on that September afternoon but also for the millions watching on from all corners of the globe. Then participating in a drama school in London, Patrick watched the game in a pub on the Caledonian Road in the company of fellow actor and Letterkenny man, Iarla McGowan.

“And we had English people there, Americans, Australians, and a Korean all watching it. And while they mightn’t have known what was going on, they were still screaming and shouting at the television screen. We had the best time,” Patrick recalls. He has been a feature on the local stage and beyond, remembering his first role on the An Grianán stage, one scene shared with Anthony Delap and Dermot Gallagher in the Letterkenny Music and Drama Group’s production of ‘South Pacific’. He learned much from Letterkenny director, Pluincead O’Fearraigh – “one of the best people I’ve ever met”. And no doubt bringing some of the latter’s expertise to his own role as director. 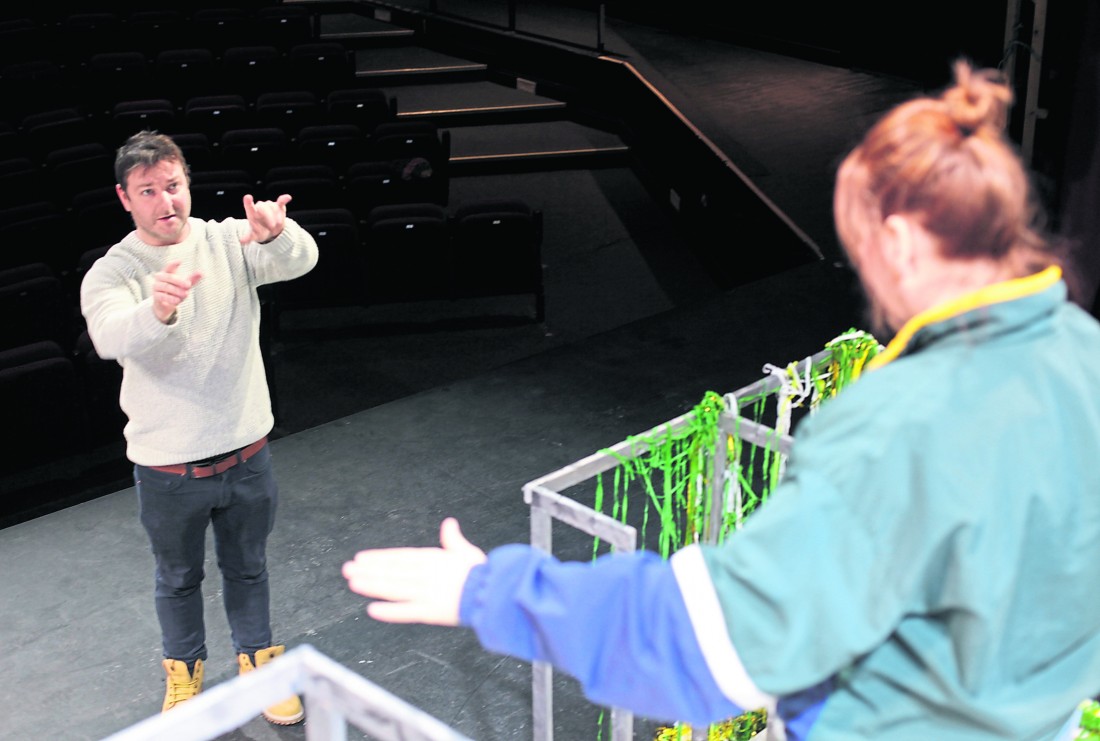 Also Belfast based, Louise remembers her introduction to the profession – undertaking a ten week acting course under drama stalwart, Kieran Quinn, at the Balor Theatre. She has since merged herself into street theatre and presents classes for young would-be actors and actresses. Patrick McBrearty, meanwhile, who has also been involved in television drama in addition to the traditional stage performances, describes ‘Jimmy’s Winnin’ Matches’ as a love letter to Donegal.

The writer of that love letter pitched the idea for the play to An Grianán Director, Patricia McBride and speaks of the collaborative effort involved in getting it to the stage. It’s his first full length professional production and one that highlights his own passion for his home county- and that “amazing feeling” when Donegal claimed their second All-Ireland title.

“The whole thing focuses on that one moment when Lacey drops the ball into the square and Murphy snatches it out of the air. And the highs and lows it took to get to that moment.”

Kieran is particularly praiseworthy of the immense contribution of Louise Conaghan and the play’s director who he performed with in ‘Blood Brothers’ some years back.

Louise’s role will help, she says, highlight women in sport and particularly in Gaelic football. She herself gave up a career as a financial consultant to enter stage left into the world of drama and entertainment. And she’s now offering advice to patrons to invest in a ticket for the three night run which commences tonight, Thursday, and runs until Saturday. Throw-in is at 8pm.