Advertisement
HomeHeadlines200 vacant properties brought back into use in Donegal
Advertisement

OVER 200 vacant properties were brought back to use in Donegal during 2020 and 2021 at a cost of almost €3m to the taxpayer.

The cabinet met for the first time in the new year last week, the meeting agenda included the approval of the government strategy to fast-track the bringing of vacant homes back into use.

During the meeting Housing Minister Darragh O’Brien was to update his colleagues on what his department is doing to tackle vacant homes.

This included a progress update on the vacant property refurbishment grant.

The Voids Programme was introduced by the department to support local authorities in preparing vacant units for re-letting with a grant of up to €50,000 available.

According to revenue there were 57,000 empty homes in the State last July, 7.7 per cent of the share of vacant properties nationally were in Donegal.

In Donegal over a quarter of the properties were vacant for over 12 months.

Contrarily figures from the Central Statistics Office show that there are 166,000 vacant properties nationwide.

Preliminary census data shows that the highest levels of vacancy can be seen in the northwest of Ireland.

The data shows the number of vacant properties in Donegal is 9,851.

The agenda also included discussing the streamlining of compulsory purchase orders by local authorities in situations where other forms of engagement have been unsuccessful. 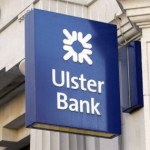 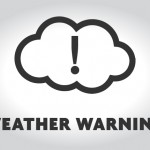