A production company says it hopes to develop a full size film studio in west Donegal.

Eileen Rafferty and husband David Stephens own The Bothy, a creative hub they set up near Glenties following their return from London six years ago. It offers editing and producing facilities as well as support with the funding and development of visual and audio projects. Ms Rafferty was among the production team on It’s In Us All, the recently released thriller shot in Donegal which has been drawing critical acclaim.

David has worked on television series for Channel 4, Channel 5, History and RTÉ as well as on commercials for Sony, Lexus, Mercedes, Sky and The Sunday Times. 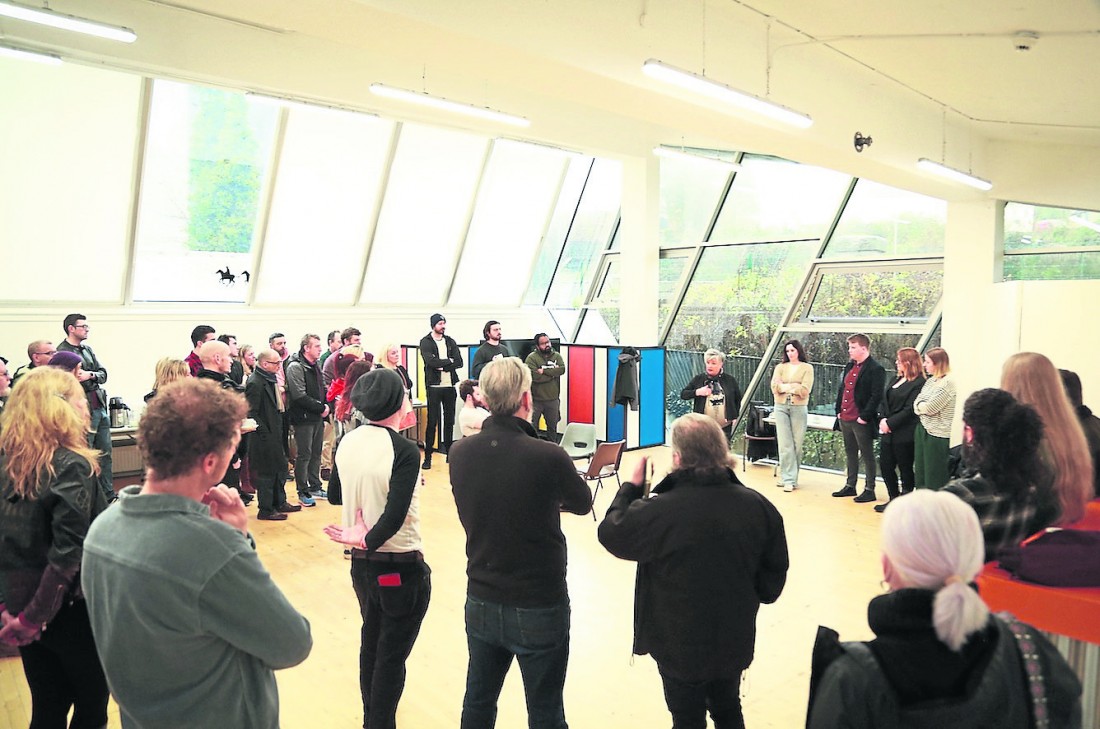 Some of the dozens of people who turned up to the networking event in Letterkenny’s Regional Cultural Centre organised by the Donegal Film Office.

Speaking at a networking event in Letterkenny hosted by the Donegal Film Office, Ms Rafferty revealed how they are in talks with Údarás na Gaeltachta about plans for a fully functioning studio in Gaoth Dobhair.

“We have identified a site in the business park in Gaoth Dobhair and we are hoping Údurás will come on board with us on that journey.
“We are going to build a virtual production film studio and hopefully we are going to have one big studio, 15,000sq ft with a virtual production hall and we have partners in the US who are helping us with that. And we will have a smaller studio for training, television shows, content, that type of thing.”

While a large focus of the studio will be television, drama and advertising, it will also have a virtual production wall for events.
“So say NASA wanted to have its Christmas party on the moon, we could build that for them,” said Ms Rafferty.
“Virtual production walls are mind-blowing and the possibilities endless in terms of content, TED Talks, corporate, all sorts of things.”
Donegal’s reputation as a movie destination continues to grow. Yet the Donegal Film Office is still only staffed on a part-time basis by Aideen Doherty and a small team of colleagues. Eileen Rafferty said that needs to change.

“Everyone knows Star Wars was shot here, people know about It Is In Us All, but Aideen only got them by being persistent. She has the contacts and she has built that network,” she said.

“I am trying to get through to the council that this is such a worthwhile industry. What we are seeing at the moment, that is just a small portion and there is so much more circling around Donegal – big names, big budgets, big directors.

“Directors and creative people are always looking for the next new thing and Donegal is it. We are working with a studio consultant in the US who has told me that when we are open they have a list of directors who want to shoot in Ireland but in a more boutique sort of studio. We have plenty of creative people in this county but no large, proper height film studio. I would love to see both our studios running at full capacity, serviced by north west people.

“I want to be able to tell productions when they come in that they don’t need to bring anyone, they don’t need to bring accommodation or catering, it is all here. And the amount of different industries that will feed in from there, hair and make up, costume, set building, all of that. If Aideen was let at this on a full-time basis, the amount of work should could do would be immense. That is the first thing, then we need the building so we need Údurás to support us on that. And then we are looking for private investment.

“We just need people to get behind us.”