LIFE on Inis Bó Finne, an interview with legendary footballer Anthony Molloy, the history of Donegal County Council and a special programme with musicians from Scoil Gheimhridh Ghaoth Dobhair will all feature in the RTÉ Raidió na Gaeltachta Christmas schedule this year.

Last summer, Áine Ní Bhreisleáin spent a few days interviewing people from Inis Bó Finne about their lives on the island. You can hear those interviews in Ár Saol in Inis Bó Finne on Thursday, December 29 and Friday, December 30 at 11 am, where they describe their youth and schooling, what they did for entertainment, traditions and superstitions, as well as plenty of amusing stories. Guests include Dónal Phaidí Fhearraigh, Áine Phaidí Fhearraigh McGarrigle, Méabha Whiting Nic Fhionnghaile, Micí Whiting Mac Aoidh and Maggie Owenie Nic Pháidín.

On Thursday, December 29 at 9.10am, RnaG will broadcast a special programme with live performances from some of the musicians and singers visiting the area for the annual Scoil Gheimhridh Ghaoth Dobhair festival, presented by Áine Ní Bhresleáin.

On Monday, January 2 at 11am, football legend Anthony Molloy, the first Donegal captain to lift the Sam Maguire when the county won the All-Ireland for the first time in 1992, talks to Michelle Nic Grianna about his life and work in I Lár na Páirce le Anthony Molloy. Then, on Wednesday 4 January at 11am, Damien Ó Dónaill interviews Vincent Breslin about the history of Donegal County Council over the last 120 years. 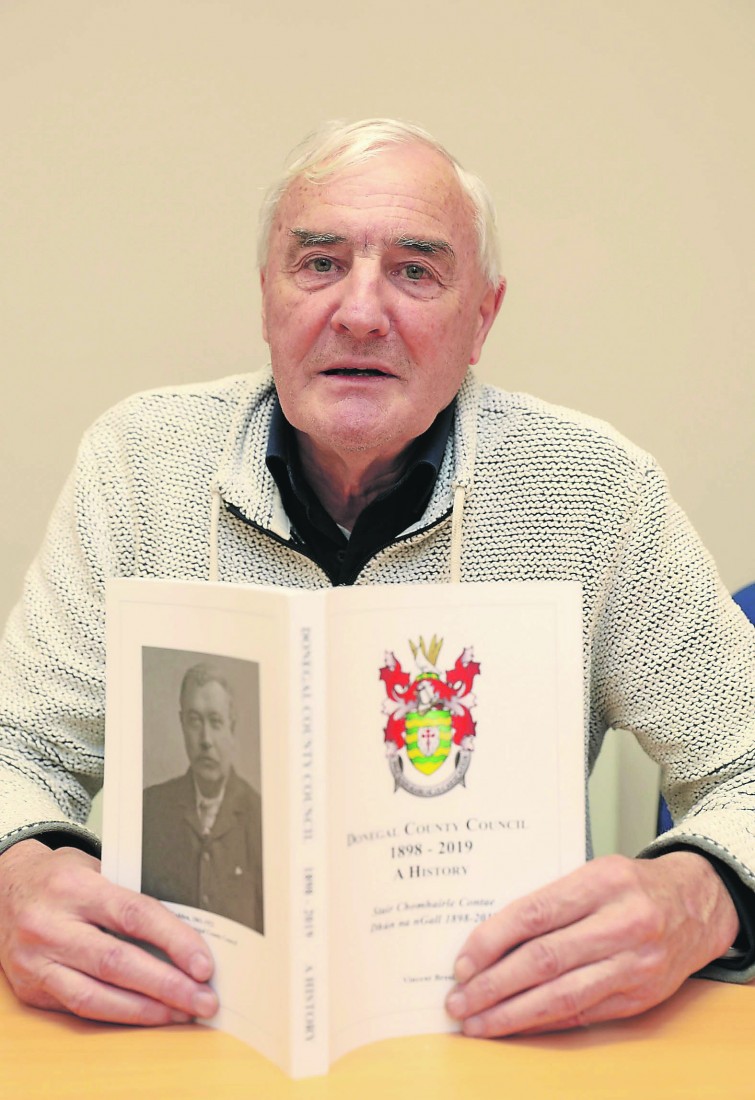 Vincent Breslin will talk about the history of Donegal County Council over the last 120 years.

Ciarán Ó Maonaigh will bring us two special editions of his music programme Ceol a’Ghleanna over Christmas. New year’s day every year is a very special day at Scoil Gheimhridh Ghaoth Dobhair, when the Ulster singers gather in Hiúdaí Beag’s for a big session to welcome in the new year. On the show on Thursday, December 29 at 7pm, Ciarán will bring us songs from some of those Ulster singers who regularly participate in the occasion. Then on Thursday, January 5 at the same time, he will be focusing on women traditional musicians on Little Christmas Eve.

Listeners will get another chance to hear some of the best shows from during the year over Christmas too. Comhrá na gConallach, presented by Áine Ní Bhreisleáin, features some of the best and most interesting material from the Doirí Beaga archives of the station broadcast since 1972, with each show focusing on one particular decade. That series will be broadcast Monday to Friday at 5 pm from December 26.

Neidí Frainc Mac Grianna, presented by Damien Ó Dónaill, pays homage to the legendary storyteller from Rann na Feirste, who died forty years ago this year. In the programme at 11am on Tuesday, December 27, we’ll hear rare recordings of Neidí Frainc and his cousin and great friend Seán Bán Mac Grianna recorded in the sixties, as well as interviews with his son and daughter, Danny and Gearóidín.

The factory building in Croithlí has a colourful history. Built in 1901 as a centre for handmade carpets, it has undergone several transformations and now houses the Crolly Distillery. Póilín Nic Géidigh looks back at the history of this iconic building, and at its future in Cuisle Chroithlí: Scéal na Monarchan on Wednesday, December 28 at 11am.

In Seal sna Cruacha on Tuesday, January 3 at 11am, Áine Ní Bhreisleáin paints an audio picture for us of life in the area of Na Cruacha Gorma in An Ghaeltacht Láir in Co. Donegal. This area was renowned for its rich tradition of storytelling, music and song, and recordings featured in the show will include Máire Ní Cheallaigh, Seosamh Mac Giobúin, Joe Beag ‘Ac a Luain, Paidí ‘Ac a Luain and the folklore collectors Caoimhín ó Danachair and Séan Ó hEochaidh.