GLENSWILLY National School have honoured former student Anna Hennessy with a reception at the school. Anna, a Team Ireland swimmer, competed in the Down Syndrome Swimming Championship earlier this year.

She competed in eight categories in total, including four solos and four relay races, achieving three personal bests. Her former teacher Ms Gerdaline Galligan who organised the event, said the whole school was so proud of her achievement and described Anna as an “incredible inspiration”.

Ms Galligan who taught Anna for seven years, was bursting with pride as she spoke about her time at Glenswilly NS.
“We really loved her, she was a fabulous personality, and there wasn’t a day that you wouldn’t get a laugh out of wee Anna.
“She had her own personal challenges to overcome but she never wallowed in them. She always got up and put a smile on her face,” she said. 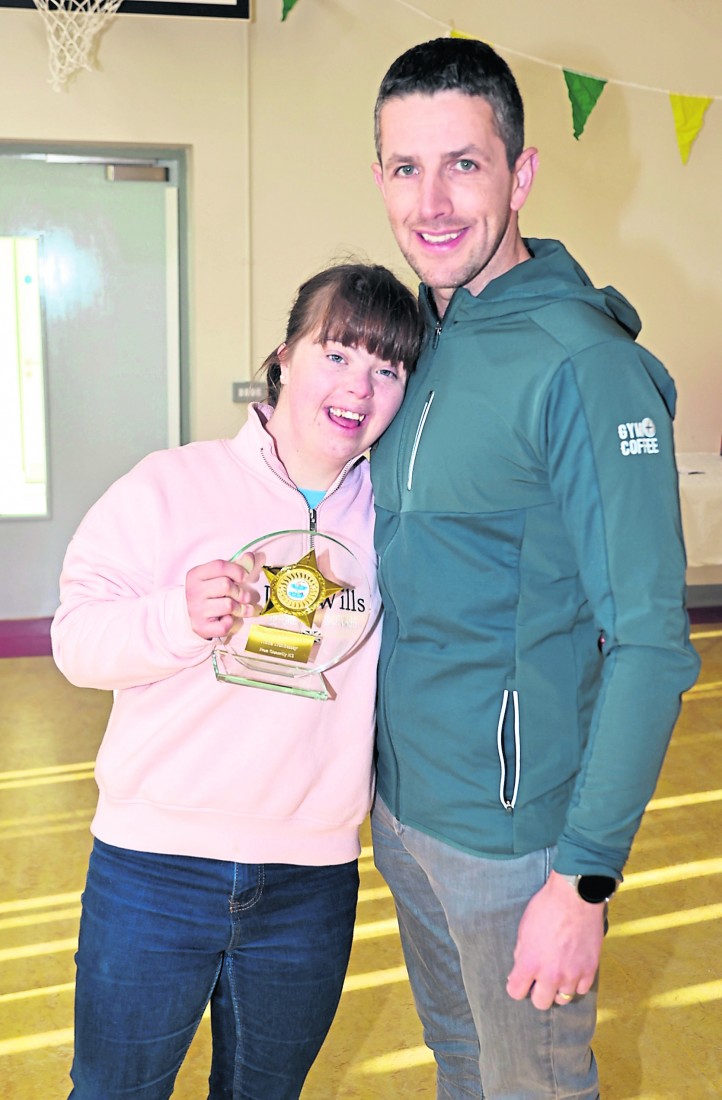 Teacher Martin Greene makes the presentation to Anna Hennessy at the reception in his honour at the school.

The school welcomed Anna with a guard of honour, and then the “icing on the cake” was when she was presented with a trophy and flowers by her favourite teacher Mr Greene.
“We let Mr Greene present her with the trophy, because she loved Mr Greene and he loved and adored her too.
“Anna got up and took the microphone herself, she thanked everybody and told her parents how much she loved them.
“It was very special, we all got quite teary,” said Ms Galligan.

Anna’s parents Mairead and Kevin joined her at the event. Mairead was a teacher at Glenswilly NS for over 12 years.

“She was very lucky to have Kevin and Mairead as her parents, and her two fabulous sisters Eavan and Ríona; they really nurtured her and supported her,” said Ms Galligan. 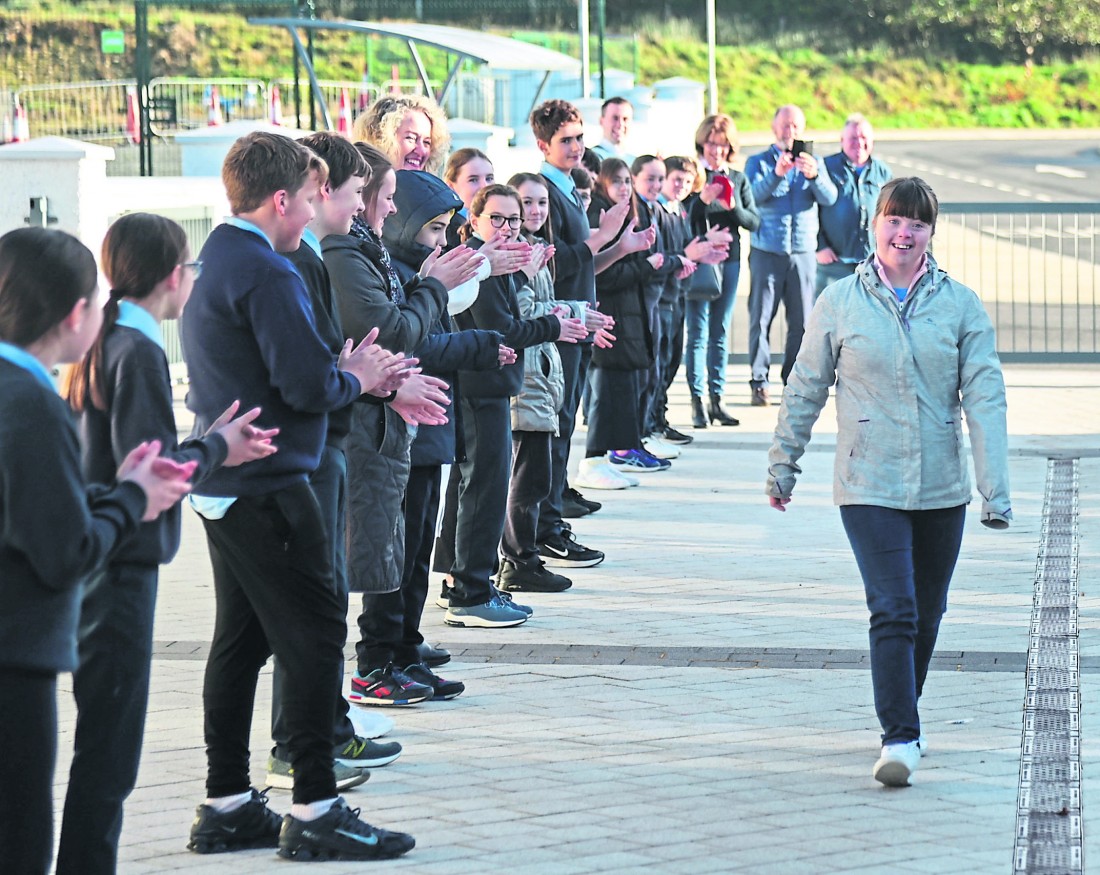 Anna Hennessy arriving at her old school for a reception to honour her sporting achievements, representing Ireland at European and World levels in Swimming. Photo Brian McDaid.

Glenswilly NS has many renowned sporting heroes, including recently retired Donegal inter-county star Michael Murphy, jockey Dylan Browne McMonagle and rally driver, the late Manus Kelly.
“We have had so many successful past pupils, but I just felt Anna was such a prolific female representative for the school,” said Ms Galligan.

Ms Galligan spoke passionately about the school staff and boasted pupils she has taught throughout the years, including director and actor Patrick Quinn.
“I don’t lie when I say that 32 years later, I still love every one of my pupils.” 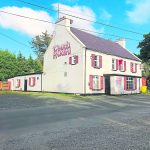 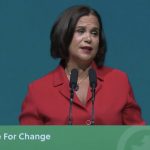 Message of support for Creeslough at SF Ard Fheis