The 2009 season started in a disappointing fashion for Donegal as they were beaten in Ulster by Antrim but they went on to enjoy a great run in the qualifiers.

One of their big wins came when they beat a fancied Derry side in MacCumhaill Park by 2-13 to 0-18 AET on a lovely summer’s evening. 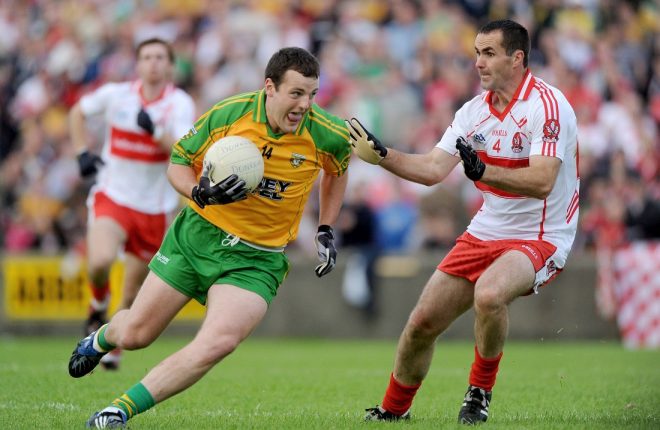 The Donegal captain was struggling with injury and didn’t start the quarter-final at Headquarters but came on ten minutes before the break to help steady the ship.

He clearly wasn’t at 100% but his will to win was phenomenal. He kicked three points including a fine score from play and a monster free, while his dart to the sideline and masterful pick-up was a key component in Kevin Cassidy’s winner as Donegal prevailed by 1-12 to 0-14 AET.

That was undoubtedly a pivotal day on Donegal’s remarkable journey under Jim McGuinness. 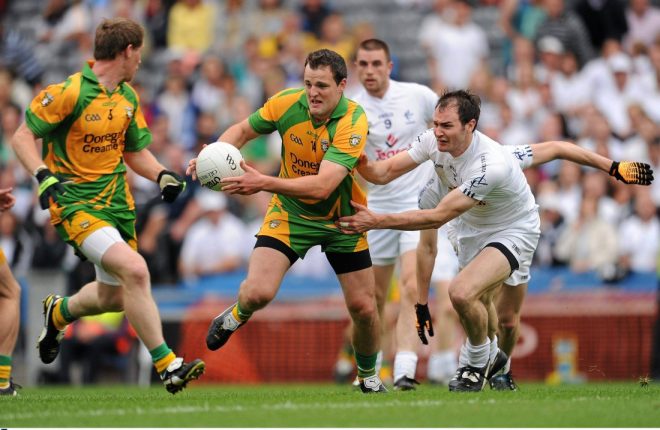 It took him just three minutes to out-muscle Kevin Keane and collect Karl Lacey’s pass before drilling the ball to the roof of the net.

Murphy would go on to score four further points in a man-of-the-match performance as Donegal won by 2-11 to 0-13.

He then climbed the Hogan Stand steps and lifted the Sam Maguire Cup. 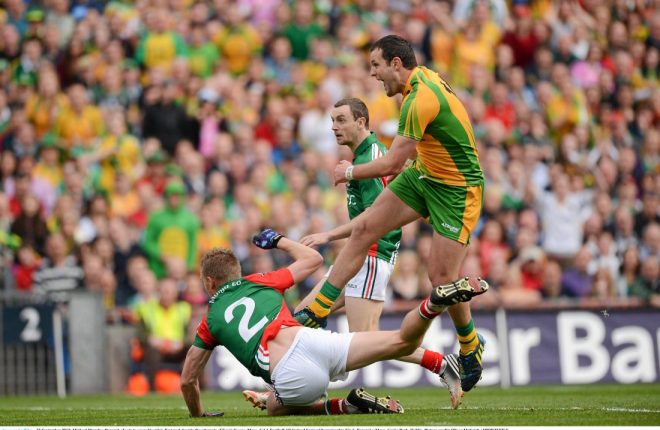 Murphy scores the first goal in the 2012 All-Ireland Final.

The Dubs were red-hot favourites but Donegal exposed them in fantastic fashion and Murphy was integral to their strategy.

He scored three points and provided great leadership, and it was his flick-ons from Paul Durcan’s kick-outs that caused havoc for the Dubs. 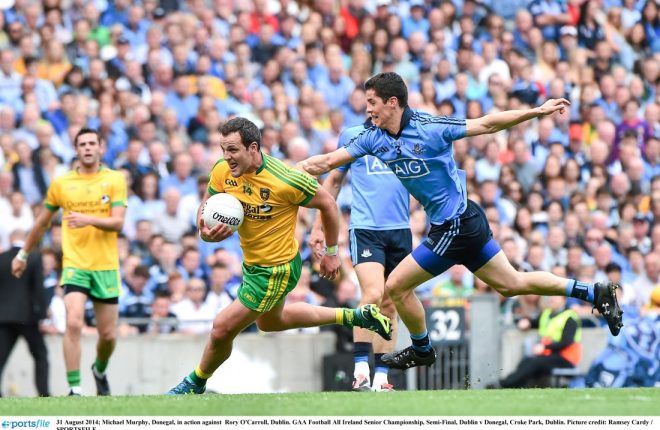 Michael Murphy is too strong for Rory O’Carroll.

Donegal defeated Roscommon by 0-20 to 0-13 and Murphy was in imprerious form.

He scored nine points in an outstanding individual display with five of those coming from play.

After the match, the Rossies manager, Kevin McStay described Murphy as a ‘once-in-a-lifetime’ player. 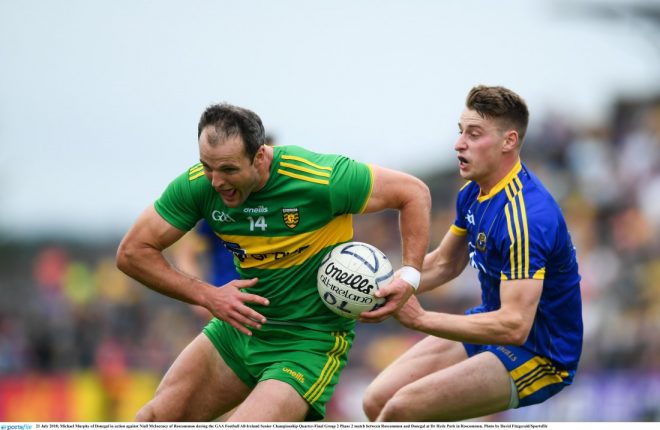 Michael Murphy in action against Roscommon.

Donegal and Kerry played out one of the best games of the last decade in the Super 8s, and it ended in a draw at 1-20 apiece.

Murphy was in inspirational form and the Kerry defence couldn’t handle him.

The Glenswilly man scored 1-7 including a pressure penalty and the last-gasp free to secure a draw. 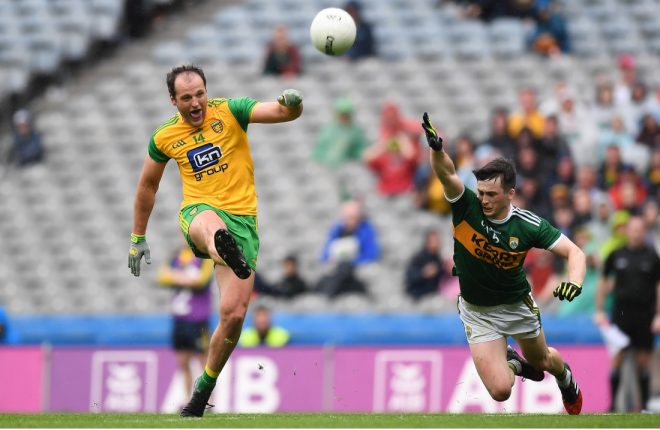 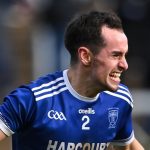 Team of the Senior Championship 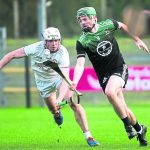 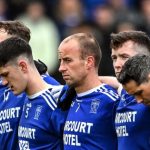 DECLAN BONNER: Naomh Conaill will be fresh after break