AS wider America digests the results of its mid-term elections a woman with strong ties to Donegal living in Tennessee says the southern state is “slipping into fascism”.

The language of USA politics will mean relatively little to those on this side of the Atlantic – The Democrats have retained control of the Senate after winning a close race in the state of Nevada. Meanwhile the Republicans are making modest steps towards taking power in the House.

For Aisling Mäki it does make sense. What is less easy to comprehend though is the USA’s drift further to the political right, in the less liberal states at least.

Aisling left Donegal in 2001 to go and care for her sick mother, Bríd Boyle from Bunbeg, who was living in the New York Metropolitan area at the time.

When her mum passed away, 25-year-old Aisling had a decision to make.

She opted for Memphis where her relatives were living and she has been there ever since.

She and her 15-year-old daughter Brídín are making plans for a return to Ireland in the future. And that move is only being accelerated by the political and social path America is on.

“I’m looking at a move back to Ireland because here isn’t a good place to raise a teenager,” said the 46-year-old.

“We are shifting into fascism here in the American south with the banning of abortion without exception, the dismantling of the public education system and the gun violence that we have. It is so backward that it feels almost dystopian.”

Aisling Mäki works for the Daily Memphian, a non-profit digital newsroom that focuses solely on local affairs. Her portfolio is healthcare and it is one that has kept her busy following the 2019 overruling of Roe versus Wade which saw the introduction of a total ban on abortions.

“I focus on healthcare policy and I’ve written a series of stories about the dismantling of abortion rights and how that will impact on women in Tennessee,” she said. 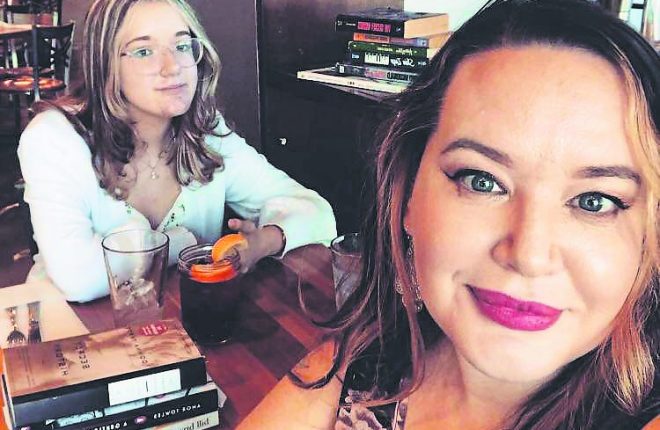 Aisling is a former west Donegal resident who has spent the past 20 years in America. She and 15-year-old daughter Brídín are planning a move back to Ireland in the future.

A second concern is the growing spectre of racism.

Black lawmakers are becoming increasingly worried about a dilution of the African American vote through what is essentially gerrymandering in favour of the Republican Party. And earlier this year one Tennessee group, empowered by a new state law, kicked up a fuss about ‘Ruby Bridges Goes To School’, a children’s book by Bridges about her experience desegregating a Louisiana elementary school as a six-year-old in 1960.

Memphis, where Aisling lives, is a blue Democratic oasis surrounded by Republican red. But nonetheless, the suffocating social divides are making it increasingly difficult to put up with for someone who spent her summers in the shadow of Errigal.

“Ireland is a far safer place and there is a lot less misogyny, I tell people here that all the time.

“I’m first generation American and I’ve lived in Ireland but people here still have this idea that it is as it was during the great hunger, people in jaunting cars and so on.

“I am constantly telling them that Ireland is such a progressive country, especially compared to the American south. Ireland has one of the highest instances when it comes to gender equality and it was the first country in the world to confirm marriage equality by referendum.

“A lot of that was about decency, the decency of the Irish people. It’s not like that here, here you have religious fundamentalists who want you to live your life as they say you should. In Ireland there is a mindset of wanting to care for each other, you just don’t have that here.”

This year saw Inishowen host the first ever Donegal Pride march followed by a second in Falcarragh. While Memphis does have a vibrant LGBT community, it only takes a short drive out of the city to realise that view is not shared across Tennessee.

With Donald Trump confirming a second run at the American presidency – in 2020 he secured almost 61 per-cent of the Volunteer State vote – Aisling Mäki is adamant that it is time to come home. 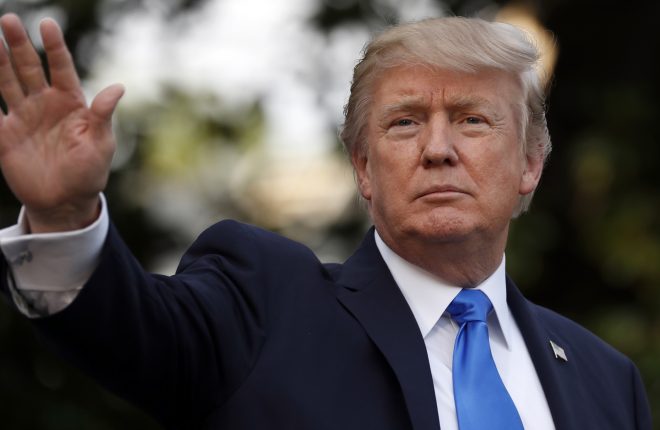 Donald Trump has announced a fresh bid for the White House.

“I like to think I’m open-minded. It’s important to listen to young people and to their perception of the world because it is different from the one I grew up in. I want their views and leadership, I don’t want some 90-year-old making the decisions for me and certainly not when it comes to my uterus.”

Being a journalist in such a community, one where a large number of people still believe Trump’s baseless claims of widespread fraud after the last election, cannot be easy.

But Aisling believes the lies, the suspicion and the peddling of conspiracy theories make it all the more important to stand up, be counted and tell the truth.

“Through the Trump years here journalists were vilified. While not to the same degree I did see some of that in Ireland and a little bit in Europe, a disrespect of journalism.At this time, with all these moves we are seeing towards fascism, right now it is really crucial to have good journalists who care and who want to keep the public informed.” 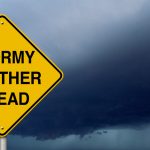 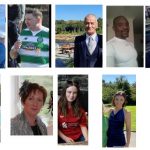 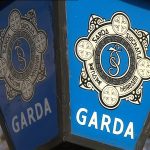