‘See Me’ is a book created to celebrate the beautiful faces and stories of children and adults in Donegal with Down Syndrome.

Speaking to the Donegal News, Sandra Devenney, General Manager of McElhinneys Department Store in Ballybofey said she came up with the idea as she wanted to do more for Donegal Down Syndrome.

Sandra’s goddaughter Saoirse, who is the covergirl for the campaign, has been the inspiration behind the book.

“The whole idea behind the campaign was that we wanted people to see the child before the syndrome.

“I just thought if I could put a book together, talk about Donegal Down Syndrome and children with Down Syndrome, then it will give people a better understanding of it.

“We started the campaign by putting pictures of the children in our window display in McElhinneys and it was a massive hit with the public.

“People would say “look at that beautiful girl, look at the style of him, look at his hair” and it was never “look at that child with Down Syndrome” which is exactly the aim of our campaign,” she said.

The wonderful young people featured in the book were the guests of honour at the launch party alongside their families.

In total, 56 members of the Down Syndrome community from Donegal and the surrounding areas were featured in the book, with portraits and a description provided by their families – the people who know them best.

The ages of the participants in the See Me book ranged from just two years old to 52 and all of the young people featured in the book were photographed by McElhinneys in-house photographer Clive O’Donohoe.

The purpose of the portrait book is to showcase that these amazing young people are so much more than a label and it’s important that they see themselves represented in society.

They all mean more to every person they meet, every life they enhance and every day they brighten up – just by being themselves.

It is our goal to spread their happy faces far and wide and get as many people as possible to talk about this incredible community of people, from Donegal and beyond.

All proceeds from the sale of the See Me Book will be going towards the Donegal Down Syndrome Association and the incredible work they do to support people with Down Syndrome in the North West of Ireland.

Sandra expressed her gratitude to the generous sponsors who were instrumental in helping get the book printed, which has allowed for all the money raised from book sales to go towards this worthy cause.

“Special thanks to our primary sponsors, including Browne Printers LTD, Villa Rose Hotel, Jackson’s Hotel, McFadden Unites and An Chúirt Hotel,” she said.

The book is now available to purchase for €30 from The Blue Goat in Ramelton, Slevin’s Pharmacy in Lifford, McFadden’s Pharmacy in Letterkenny, McElhinneys in Ballybofey or online at www.mcelhinneys.com. 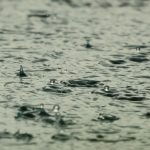 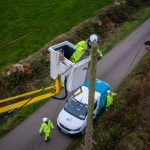 Fibre broadband for over 3,000 Letterkenny premises 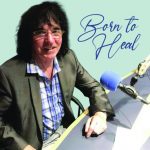