THE children of murdered pensioner Seamus Doherty are considering their legal options to ensure recommendations made by an inquest jury are implemented.

A hearing earlier this month was told of multiple errors in how An Garda Síochána investigated the 67-year-old’s death. Mr Doherty was found strangled at his home in Churchill in the early hours of June 17 2012.

Despite early suspicions that something untoward had taken place, gardaí failed to designate the house and its surrounds as a crime scene for two full days.
None of those who were with the deceased in the hours prior to his murder were arrested on the night. And in a further blunder one of the witnesses was allowed to collect his vehicle from the house the next day despite it supposedly being preserved for examination.

Following three days of evidence a jury returned a verdict of unlawful killing and made nine recommendations. These all related to the need for better communication among officers and more stringent procedures when approaching an unexplained death. 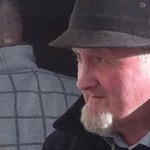 The late Seamus Doherty who was found strangled to death at his home in Churchill in June 2012.

Madden and Finucane Solicitors, acting on behalf of the Doherty children, has now confirmed that they are considering legal channels to make sure the jury’s recommendations are adhered to.

Meanwhile the family has indicated that it will be calling for a public inquiry into what went wrong.
Conor Moylan of Madden and Finucane said, “The evidence given during the inquest highlighted serious systemic failures of An Garda Síochána during the vital early stages of the investigation.

“We are now ten years on from when the murder occurred without any individuals being convicted. An extremely diligent jury returned wide ranging recommendations to address the failure of An Garda Síochána to adhere to their own protocols and a catalogue of deficiencies in the handling of the murder. It is in the public interest that An Garda Síochána implement those recommendations expeditiously to ensure that other families do not experience similar failures as those suffered by Seamus Doherty’s family.

Mr Doherty’s children said that despite the shortcomings in the investigation, the state has yet to say sorry to the family.
Revealing their plans to push for an inquiry and reiterating their call for an apology, they said, “We now call upon An Garda Síochána to implement the recommendations made by the jury and give a full public apology.

“We will be calling upon the minister for justice for a public inquiry regarding the systemic failings in this case. Thus far there have been no consequences and an individual has got away with murder in our county.”