When Gandalf the Grey went missing from his home in Portsalon his owner, Tom Jaraczewski feared the worst.

In the hope his beloved pet would be returned Tom took to Facebook to spread the word about his dog’s disappearance.

Gandalf is a Saluki Sighthound which is among the list of the world’s most expensive dog breeds.

Two weeks passed and Tom was feeling like his whole world had been turned upside down.

That is until social media brought Tom in contact with Pets Lost and Found Fermanagh.

Little did Tom know an extensive rescue mission was under way in Fermanagh to rescue Gandalf.

Twelve days prior, Pets Lost and Found had multiple people reach out to them regarding a dog straying just outside of the Kesh area.

The dog was believed to have been dumped as none of the locals recognised him. The following day, with equipment at the ready, they began the rescue process.

Speaking to the Donegal News, Cáitlín Ní Mhainnín from Pets Lost and Found Fermanagh said unfortunately they were met with many obstacles.

“This dog was very reluctant of our trap. He was never hungry enough to enter it so we quickly realised that using the dog trap was no longer an option for us.

“We were monitoring him using a wildlife camera as we could not get close to him. Thankfully he wasn’t leaving the area as he was being fed there.”

Rescuers stayed out in the area for hours upon hours every day, she said.

“We came home soaked to the skin every night. We trampled through dense forestry to try and figure out where this dog was sleeping and see how close we could get to him. We were fully committed to the process and we were happy to do this every day until the dog was secured,” she said. 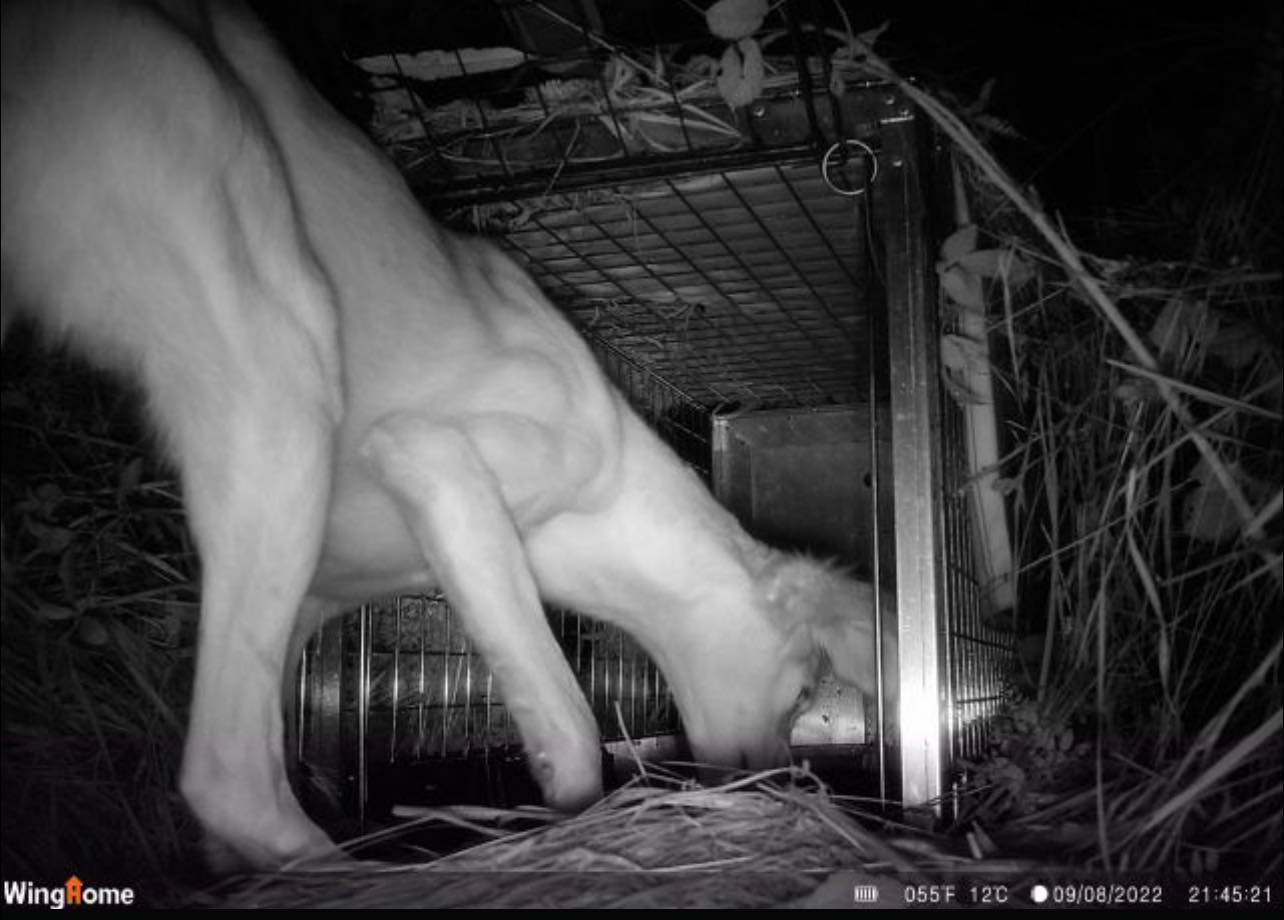 However, their late nights and dedication became worthwhile when a valued member of the community reached out to inform them that a dog was missing from the Portsalon area of Donegal.

While comparing the photo attached to the Facebook post to the dog they were rescuing, they were amazed to find it was a perfect match.

Luckily, after monitoring Gandalf’s whereabouts they were able to inform Tom of his exact location when they reached out to him.

The following day, Tom travelled to Fermanagh with Gandalf’s brother Marley to reunite with his pet.

“The dogs immediately started to play with each other and he came straight over to his owner. There were many tears shed,” she said.

“If Tom’s post hadn’t of been discovered we don’t know how long it would have been before we successfully got him in a trap but we would have never given up,” she said.

Speaking to the Donegal News, Tom said Pets Lost and Found Fermanagh have been invaluable in the search and making sure Gandalf got home safe.

“He had gone through a lot in his previous life and I was worried about him. Whoever decided to take my dog is a heartless person.

“The morning Gandalf disappeared he was wearing a customised leather martingale collar that read ‘SUPPORT DOG. NERVOUS AROUND STRANGERS’.

“When we were reunited, his collar was missing. Gandalf is a very loyal dog and rarely leaves my side,” he said.

The theft of Gandalf had turned his life “upside down” for two weeks.

“However, there are good people out there and with their kindness and warm hearts they help animals like Gandalf to get back where they belong. Thank you, you made the three of us (Marley, Gandalf and myself) very happy.”

While Gandalf is slowly recovering his owner said he remains very scared and shadows him everywhere.

“But that is to be expected after the two week ordeal,” he said.