DONEGAL All-Ireland winning captain Anthony Molloy has written a new book about his career which culminated in winning the Sam Maguire Cup in 1992.
The book ‘Anthony Molloy, A Memoir on Life, Glory and Demons’, which was co-written by Donegal News sports journalist Frank Craig, will be launched in the Blue Haven tomorrow night, Friday.
The work is published by Herobooks whose founder is the former Meath footballer, Liam Hayes, who will be present at the launch.
The book tells the story of the rise of Donegal’s first All-Ireland captain but also the painful descent suffered by the Ardara man since uttering those memorable words ‘Sam’s for the hills!’ more than thirty years ago.
For Anthony, the work is a labour of love. In it he recalls an incredible summer and the county’s four-point victory over Dublin. The success and the joy that it brought to the ‘Hills of Donegal’ changed Donegal football forever.
“It was the greatest day of my life. It still is today without a shadow of a doubt,” Molloy said.
Speaking to the Donegal News from Ardara this week. Molloy said he was excited about the book and its launch.
“Writing a book is something I thought about down through the years but I wasn’t sure if my memory would serve me well and, as a result, I always threw the notion back out of my head.
“Last Christmas I received a call from Liam (Hayes) out of the blue. We spoke about ‘92 and Donegal’s success that year and he suggested writing the book, saying that it was almost thirty years on. I played against Liam, he’s the holder of two All-Ireland medals and knows what goes on in the dressing room and on the pitch. He’s also a journalist and a publisher and once we got Frank (Craig) on board I decided to go ahead.
“It would have been impossible to do the project without Frank. He was the ghost-writer and has the expertise and knowledge. He’s interviewed me many times over the years and I trust and respect him. He’s done an excellent job,” he said.
Dogged with knee injuries throughout his career, Molloy had six operations on his left and two more to repair damage to his right knee.
“I played with a lot of painkillers, swelling and fluid on the knee. All I do know is that I wouldn’t be allowed out on the field like that today. I would never have been given a jersey,” he smiles.
Anthony retired twice before 1992 and admits that he is the luckiest man alive.
“I had played for the U21s for two years before hanging up the boots in 1981. I was going to join my brothers in New York and I missed the opening two games in ‘82 before Tom (Conaghan) came knocking.
“Two weeks later I was playing against Down and we would go on to win the All-Ireland U21 title. In ‘91 I decided to hang up the boots again. I was a bit angry with Brian (McEniff) and also with myself. My knee was banjaxed and I thought that was the end of my dreams. I’ll be forever grateful to both Tom and Brian,” he recalled.
Molloy (60) says that Sunday, September 20, 1992 was the greatest day of his sporting life.
“I remember it like it was yesterday. To be the first man to lift Sam was a very proud day for me, my family, my parish and for the people of Donegal – both at home and abroad. It was a great time and sparked off unbelievable celebrations,” he said.
The Ardara clubman took six months off his work in the ESB as, by his own admission, everyone wanted to see Anthony and Sam!
“We toured every village and town with Sam. We visited the schools during the day while in the evening I would be opening a pub, club, shop – any sort of business. The celebrations went on well into the New Year,” he said.
With those celebrations came additional personal pressures.

“There’s no doubt it affected my private life,” he admitted. “The nineties was a time when footballers went to the pub after club or county games and, more often than not, stayed there drinking until closing time.
“Thankfully that’s all changed now but it was the culture in my time. I enjoyed interacting with supporters after the game and enjoyed a drink but we always used to be able to run it off in training the following day,” he said.
“When the time came to retire I was not ready. All of a sudden there was a huge vacuum and I did lose my way. The discipline that comes with training and playing is gone. Loneliness played its part too,” he said.
Anthony went on to manage his local Ardara club while he was also club chairman before managing teams in Glen (Naomh Columba).
“It’s something that I wanted to do and I enjoyed it,” he said.
“Lifting Sam was the greatest thing that I’ll ever do in terms of football. Everybody makes mistakes along the way but I’ve no regrets. I’m a very lucky man to have achieved what I did in football,” he added.
Today, Anthony works as a Fianna Fáil member of Donegal County Council.
“It’s a new role for me and I’m still on a learning curve. I’m meeting different people away from the GAA scene and life is good. The book is on the shelves today and I’m excited about the launch,” he said.
With Donegal GAA announcing a new senior management team this week, Anthony believes that the future remains bright for Donegal football.
“You don’t become a bad team overnight. I know it’s taken a while to get the new management team in place but all I ask is that they’re given time and that we’re patient. We’ve had ten golden years and long may that continue,” he said. 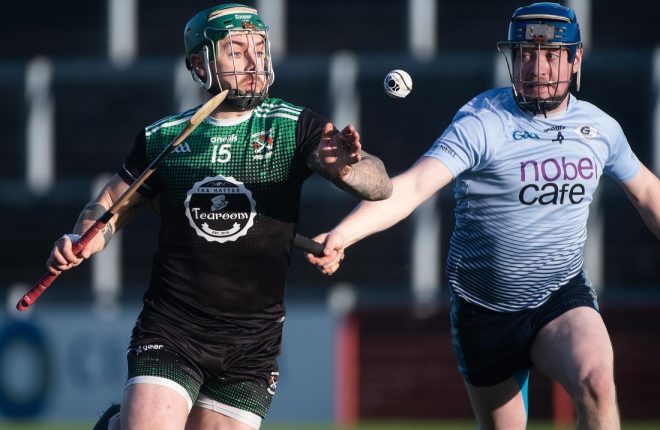