WHILE nursing in Dublin author Sally Hanan took her first trip to Donegal in the 1980s. Little did she know years later the county would inspire her to publish her first novel.

Sally has penned ‘My Heart Went Walking’, a book set against the sweeping landscape of rural Ireland and Dublin City in the 1980s which follows characters Una Gallagher and her sister Ellie who both fall in love with the same man. Una runs away from her home and family in Donegal to start over in the “big smoke” leaving a bereft family and the love of her life – Cullen – looking for answers. Una soon regrets her decision to leave, but by then it’s too late. Kept apart by their love for one man, she and her sister embark on their own paths towards survival, love and understanding, until they finally meet again in the worst of circumstances. 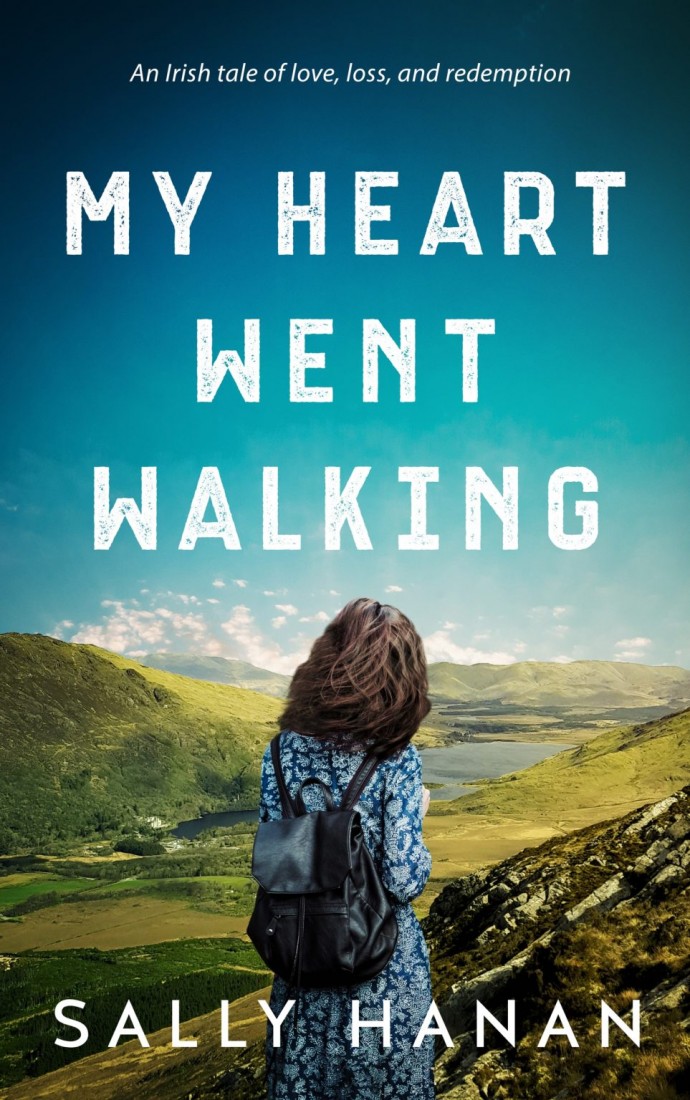 Sally has penned ‘My Heart Went Walking’, a book set against the sweeping landscape of rural Ireland and Dublin City in the 1980s.

Speaking to the Donegal News this week Sally recalled her first trip to the county all them years ago.

“I started coming up to Donegal on the McGeehan bus when I was about 19. I started nursing in Dublin and the girl I shared the room with was from Donegal. I started going out with a guy that I met up there and was coming up more often.

“Then in 1990 and I got engaged to Gerry Hanan and his parents had moved to Donegal to retire and they lived in the Station Masters cottage in Mountcharles.”
Sally and Gerry’s life went in a different direction after they won a holiday to Austin, Texas and subsequently got visas to relocate to the states.
Gerry was working for Dell at the time and won the holiday after winning first prize in a Christmas raffle.
“We moved to Austin and the youngest was five-months-old at the time,” said Sally.
“It was a real struggle to get by at home. It is very different here as far as jobs go because there is always something you can do.
“The Texas weather is gorgeous. It is sunny almost every single day and there is hardly ever any rain.”
Sally’s love of writing began when she was in school and after a poem she wrote was published in a newspaper.
“Writing stories was always my favourite class in school no matter what year I was in. When I went to secondary school the English teachers were always complementing me on my writing and they were always encouraging me. That definitely egged me on.”

When her children were small she did a writing course but with the demands of a young family she did not have the time to commit. Her love of writing never left her and in the 2000s she joined a writing forum with other women. Since then she has been editing books and took the plunge in 2017 to write her own novel.

“In about 2017 I did National Novel Writing Month and you try and write 50,000 words in the month of November. That is when I wrote the first draft of the novel.
“The first draft of any novel is usually terrible and it takes a few rewrites before it is decent. I developed it over the next four to five years.”

After approaching publishing companies but not having any luck Sally decided to self publish. When she came into some money the stars aligned and she was able to produce the book how she wanted. Sally said she is often asked why she was captured by Donegal and why her writing is based here. She said there is something really special about the county.

“There is something about the Donegal mountains, the sea and the coastline and then you look up at the sky. It does seem to be different than driving anywhere else in the country,” she said.
“It is incredible, it is so gorgeous. There isn’t a single beach in Donegal that you couldn’t like.”

Living in the US Sally said there is greater opportunity and there is a greater sense of hope than back in Ireland.
“Would I ever live back in Ireland again? I might now, now that there is more opportunity and more jobs,” said Sally.
Looking ahead to her next project the Dublin native is working on a historical fiction novel about Father Coughlin, the man who made political radio shows popular in the 1930s in America.
“I’m also playing around with an alternative, gender-swapped retelling of Tale of Two Cities, set in Dublin and London in the ’80s,” she said.
‘My Heart Went Walking’ is available in The Bookmark in the Courtyard Shopping Centre in Letterkenny and in the Four Masters in Donegal Town. It is also available from Kennys online and Amazon.