COUNCILLOR Gerry McMonagle has called for a review of the new traffic light system at Pearse Road which he maintains is damaging business and causing “snarls” in the retail parks.

At a meeting of Letterkenny and Milford Municipal District he said he had put forward a motion that a public consultation day be organised to give businesses, taxi drivers and residents of Letterkenny the opportunity to discuss their experience of how the traffic light system is causing problems and what might be done to alleviate them.

“I think the traffic situation has got worse since that traffic light system was installed and is stopping traffic from McGinley’s (car sales) back to the Station House Hotel.

“There are three sets of traffic lights along that route and they are not acting together and are adding to the problems. It blocks up the whole town.”

While the council executive in their reply informed the meeting that the traffic signal providers have carried out a review and validated the new light system Cllr McMonagle was still unhappy.

“It is obvious that it was not people from Letterkeny who did this review. People are trying to get about and do their work. We need to look at this and if we are wrong, admit we are wrong. Listen to the road users who use these routes daily. The answer refers to this being busy at lunchtime but in reality it is all day,” he added.

Cllr Ciaran Brogan, seconding the motion, said “let the people have their say”.

Mayor Donal Mandy Kelly told the meeting he had numerous calls about the new lighting system.

“At Station Roundabout there is definitely a problem and they need to be looking at it at busy times.” 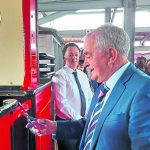 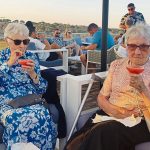