Advertisement
HomeBreaking NewsHuge sadness at deaths of father and daughter
Advertisement
There is huge shock and sadness across Letterkenny and Newtowncunningham following the deaths of a father and his daughter just hours apart.
Patrick (Satch) Devenney, late of Mill Road, Newtowncunningham, passed away on Wednesday in Donegal Hospice. Just hours later, his daughter, Margaret Sullivan died unexpectedly in her residence, The Fairways, Letterkenny, yesterday. They will both be laid to rest tomorrow following funeral mass in All Saints Church, Newtowncunningham, at 12 noon.
Councillor Paul Canning said the communities of Newtowncunningham and Letterkenny have been plunged into shock and sadness following the deaths of Mr Devenney and his daughter, a mother-of-two.
“Our thoughts and prayers are with Imelda (Mr Devenney’s wife) and family at this very sad time.”
A number of sporting events due to take place this weekend have been postponed until next weekend as a mark of respect.
In a post online,  St Eunan’s GAA Club said they are keeping both Mr Devenney and his daughter in their thoughts and prayers.
Remembering Mrs Sullivan’s warmth, the spokesperson said: “It would be an understatement to say that everyone at St Eunan’s GAA Club is devastated by the unexpected news and sad passing of Margaret Sullivan (née Devenney). We would like to express our sincere condolences to all the Devenney and Sullivan families at this time.
“Margaret was a hugely popular presence, like her father, around the club. We will sorely miss you Margaret – along with your smile and warmth – which greeted so many of us when we were fortunate enough to meet you. Keep shining. Rest in peace from all at St Eunan’s GAA.”
Mr Devenney is survived by his wife, Imelda, and children,  Sharon, Maria, Arlene and Brendan and a wide circle of family and friends. Mrs Sullivan is survived by her husband, Eugene, children, Ethan and Molly, mother, Imelda, siblings, Sharon, Maria, Arlene and Brendan and a wide  circle of family and friends. 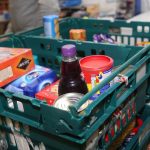 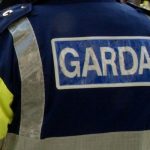