A Letterkenny nursing home operator says the goodwill has gone from a bonus owed to staff in recognition of their commitment during the pandemic.

The government announced in January a payment of €1,000 for eligible frontline healthcare workers in hospices, private nursing homes and disability services.

But while the majority of HSE workers have received their payment, employees not paid directly by the State have yet to receive their money.

In his latest update Health Minister Stephen Donnelly said his department and the health authority were continuing to examine progressing the rollout and that it was hoped more information would be published shortly.

But Nursing Homes Ireland (NHI) has described the treatment of workers as “contemptuous”.

In a letter to members NHI’s Chief Executive Tadhg Daly said the government was planning to appoint a third-party contractor to assist with the payment process.

He said he found the additional red tape “incredulous” when, during the pandemic, the State had been able to document tens of thousands of staff within a short period.

“We have communicated with the department that this development represents a contemptuous approach towards staff that served on the Covid-19 frontline,” said Mr Daly.

“We have stated it is incredulous the State, which holds records regarding every individual’s employment and could document the rollout of the vaccination to 40,000 employees within our sector within a short period, cannot establish a mechanism to rollout the payment with minimum fuss.”

He told the Donegal News it was a “shame” how workers had been treated.

“If you go back seven or eight months, what you would have got for €1,000 then is very different to what it would buy you now. For example a tank of oil would probably have cost you €400 or €500 in March, today it would probably be closer to €1,100.

“It’s a shame it has been delayed and it has left workers wondering will they get the money or not,” Mr Tabb said.

Independent Councillor Michael McClafferty described the non-payment as “outrageous” and accused the government of showing a “complete lack of respect” towards non-HSE healthcare workers.

Councillor McClafferty said, “It is beyond belief that the government is planning on bringing a third party in to look at the payment process.

How much is that going to cost and how much will that company be paid for their work?

“I remember a few years ago when there was an issue with the Local Property Tax, everyone got what they were owed straight back into their banks. I find it hard to comprehend that in this day and age, when you have Revenue, PPS numbers and all the rest, that we can’t get these payments out right away.

“Yet here we are all these months later. It’s shameful that people who went above and beyond the call of duty when it was asked of them have been left in this position.” 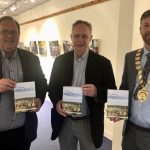 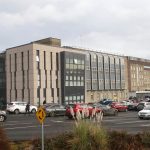