DONEGAL County Council has refused planning permission for 17 apartments in Letterkenny on the grounds of “over-development” and “excessive density beyond the site’s capacity”.

Applicant, Millennium Unit Trust 105 submitted proposals to Donegal County Council in July for the construction of the new dwellings in Rosemount Lane.

The proposed development included the demolition of two unoccupied dwelling houses and other derelict buildings as part of the general site preparation.

It comprised the construction of a four-storey and part five-storey development to provide 17 apartments over lower ground floor car parking and ancillary accommodation, with associated site works.

A number of objections were lodged with Donegal County Council rejecting the proposed plans.

One objector said a loss of privacy would be a “a major issue”.

“There will be a substantiated loss of privacy in Rosemount Lane and the back of Rosemount Terrace which will have an impact on my life, as

I use my back garden daily. It will be blocking my light from midday to 5.30pm if the development goes ahead.”

The objector also stated how there was already a shortage of satisfactory parking.

“There is a lack of adequate parking as it stands in Rosemount Lane (double yellow lines on both sides) which will have a major impact on Rosemount Terrace (residents only parking). In my opinion, the development will generate an unacceptable level of traffic causing danger to residents and pedestrians.”

Another objector cited concerns about the safety of schoolchildren, given the proposed hours of work, and what this would mean for the high volume of residents.

“Rosemount Lane and Rosemount area generally has a large number of schoolchildren and people who work. Works beginning early in the morning or carrying on late into the night might impose serious restrictions on peoples’ rights in relation to and the use and enjoyment of their property, whether as owners or tenants. In addition, access to and from the lane and main street is required for children to get to and from school, given its proximity to a number of national and secondary schools a lot of this access by children is on foot, and for residents to get to work.”

Another resident voiced fears because their 120-year-old house was adjacent to the proposed works.

“I have major concerns regarding the potential of structural damage that could be caused to my property during the construction process of this development.”

Refusing permission, Donegal County Council agreed the proposed site in question did not have correct capacity.

“The provision of 17 apartments on a constrained site would constitute an over-development of the site and would result in an excessive density that is out of scale and beyond the capacity of the site. As such, the proposed site would seriously injure the existing character, as well as the visual and residential amenities of the area.”

The spokesperson added that the proposed development, by virtue of its scale, height, bulk, mass and poor juxtaposition with the adjoining low rise town houses, would result in an overly dominant and visually incongruous development, contrary to the County Development Plan 2018-2024.

“Having regard to the unjustified and undocumented demolition of existing traditional townhouses along Rosemount Lane, the proposal would result in the unnecessary loss of historic dwelling stock, the scale and form of which are considered to make a positive contribution to the character and visual appearance of the historic streetscape, contrary to the County Development Plan 2018-2024, as varied,” said the spokesperson.

The Planning Authority also advised the applicant that while it supports the maximum use of brownfield sites to enable the provision of much-needed housing in the centre of Letterkenny, it had significant concerns about the scale and density of the proposed application as presented.

“The applicant is invited to engage with the Planning Authority through a meaningful and timely pre-planning proposal, prior to any resubmission and in doing so shall clarify the status of number 5 Rosemount Lane, which appears to be omitted from the submitted plans and appears to have been demolished.” 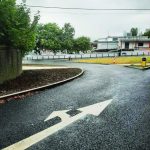 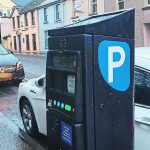