A Letterkenny resident who started charting his favourite places in Donegal five years ago has pulled them all together in a huge map.

Colin ‘Colly’ Farrell’s colourful creation has just gone on display in the Silver Tassie, the first place to make it on to the impressive trail.

Colly, who is originally from Dublin but has lived much of his life in Donegal, began his project as a hobby in 2017, revisiting it every time he found somewhere he felt deserved a mention.

What he has come up with is an incredibly detailed who’s who and where’s where of towns, villages and townlands.

The 40-year-old travelled from Malin to Pettigo visiting shops, bars, restaurants, hotels, churches and landmarks, recording names and places as he went.

Also included in the geographical collage are local sayings and slang – ‘Yes lad’ and ‘Sam for the Hills’ – and some of Donegal’s best known citizens.

“I started it in 2017 as a hobby and every second weekend or so I would have spent an hour or two going around and visiting these places,” said Colly.

“I’m from Dublin originally and when I used to go down to visit people would ask me about Donegal. As anyone knows, you have to see it to believe it so the idea for the poster grew from there.”

Colly said he did encounter various similar maps on his travels but they were either old fashioned or of poor quality.

“I wanted something more vibrant and easier to read. And people seem to like what I’ve come up with.”

On what made it in and what stayed out, the software company employee said, “Myself and my partner Teresa would go to all these places. For example we would book a bed and breakfast in Ballyshannon and we’d go and spend a few nights there visiting bars, restaurants and other places. So you have all my favourite bars, restaurants and famous landmarks and I’ve put in some Donegal slang too. I’ve also added people like Shay Given and Packie Bonner who I’ve kept to their specific areas.” 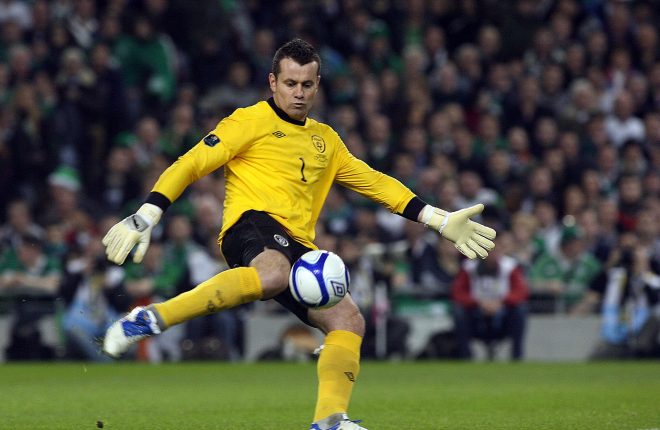 Lifford footballer Shay Given features on the map, as does Packie Bonner and a few other well known faces.

The most obscure location to get a mention is probably Drumlaghdruid near Lettermacaward. Colly and Teresa spent a few nights there, staying in his uncle’s old thatched cottage and visiting the nearby Elliott’s Bar.

In a bid to keep the map a secret right up until the last minute, Colly sent it off to a company in Dublin to be printed. But with it now unveiled he has been getting calls and messages from various quarters keen to get their hands on a copy.

“It was a hobby, that is why it took me so long to do. I didn’t start it to make money but I have had interest from some of the places mentioned on it looking for prints. I’ll have to search locally to see if anyone can help me out although I won’t be able to go too small because it is quite large. If it was shrunk too much you wouldn’t be able to read it.” 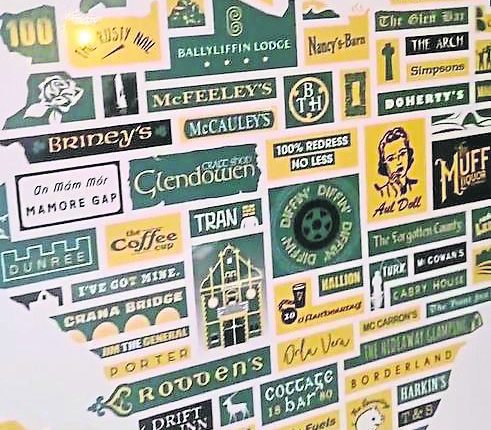 Letterkenny’s Cottage Bar made the cut as did various other popular businesses.

As of Tuesday, the map has been added to the Tassie’s wall art.

“My partner Teresa is marketing manager in the Silver Tassie and it was the first place to go on the poster.

“I wanted to put it somewhere it could be seen and because of its size, it needed a big wall. They had the space so we’ll keep the original there.” 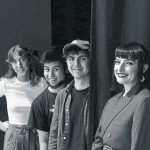 Donegal musicians tuning up for Buckfest 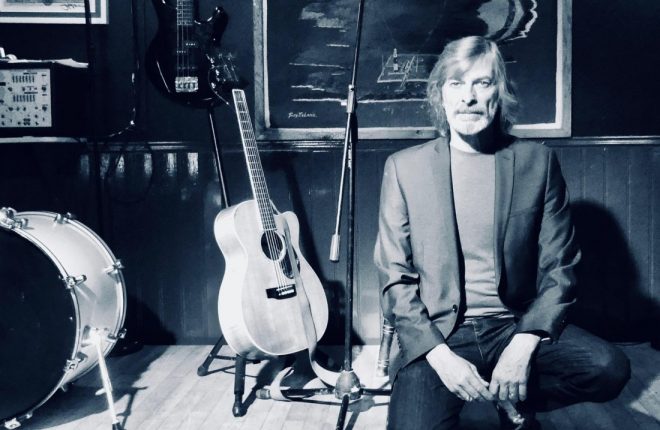 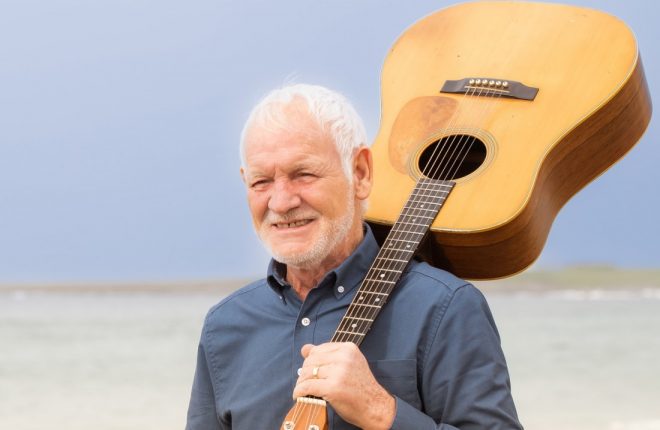 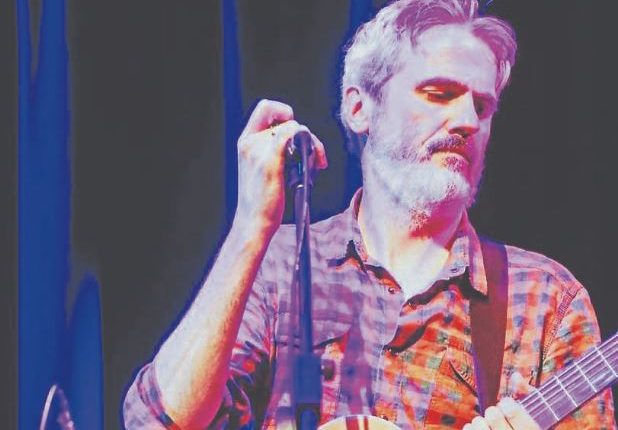