World record holder Patricia McGinley is hoping her cycle from Mizen to Malin Head will inspire more women to take up the sport.

The Mullaghduff woman became the first female to cover the 589km route in one go, an achievement that is now recognised by the World Ultra Cycling Association.

Speaking to the Donegal News this week Patricia shared how battling alcoholism and depression led her to the saddle. She is now ten years sober and credits her love of yoga and cycling to aiding her recovery.

“I am in recovery ten years. In the ten years I also had clinical depression. I was isolating quite a lot. I wasn’t really leaving the house. The only nights I was leaving the house were to go to an AA meeting one or two nights a week.

“I started yoga and I absolutely loved it.” 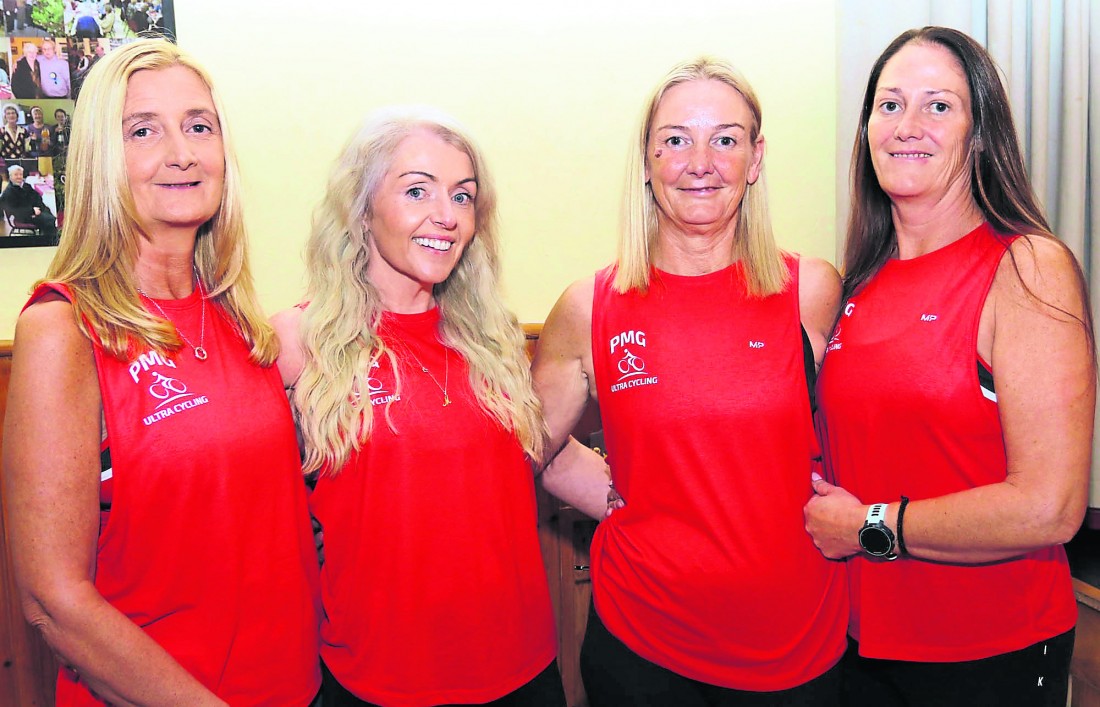 Patricia went on to become a yoga instructor before discovering her love of cycling after being encouraged by her sister to go for a cycle with the Sharkey’s Bar Stool-wheelers.

“Yoga had finished for the summer and my sister said to me ‘what are you going to do now? You can’t go back to sitting indoors’.

“She talked me into going out for the cycle and that was me hooked, lined and sinkered from the very first go.”

It was a holiday to Majorca with the cycling group that really cemented her interest and she never looked back.

“I just kept training and going out. I realised how good it was for the head. I took the whole thing like a duck to water. That was seven years ago,” she said. 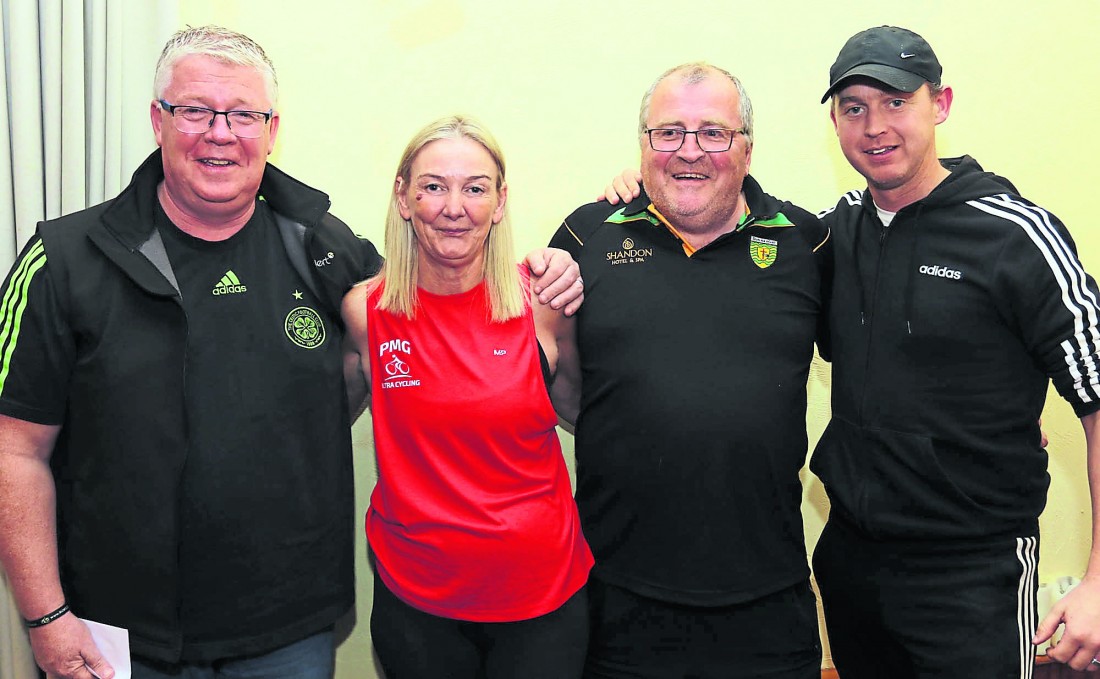 She didn’t stop there and moved up to the Joe Barr 330 race (530km). After completing this she was encouraged to take on the record attempt.

Setting off from Mizen Head on July 30 she cycled to Malin in 30 hours and 36 minutes. She was joined by her son, Adrian McGinely and brother-in-law Gary O’Beirne who acted as officials to ensure all the paperwork was filled out for the record attempt. Her all female crew – Roselene O’Beirne, Martina Gillespie, Maureen Boyle and Hazel Brampton were also with her every step of the way.

“They are the ones that get me home. They completely do everything for me,” said Patricia.

“There is never any doubt with them and I think that is why I feel so safe doing these endurance races because of the team I have behind me.”

Recalling the moment she reached the finishing point Patricia said she had to hold back the tears as it was extremely emotional.

“I was overjoyed. I always say with endurance races the last 30km to 50km can be the worst. When I saw that first Donegal sign I thought right just get home, just get to Malin. I couldn’t believe it.”

By sharing her story Patricia is hoping that it will inspire other women to not only take up cycling but to get outdoors.

“If one person can take anything from my story it is that this all started with hopping on the bike,” she said.

“My first cycle was 30km around the loop of Dungloe. It was hard at the time and that was a Mizen to Malin for me back then in those days. 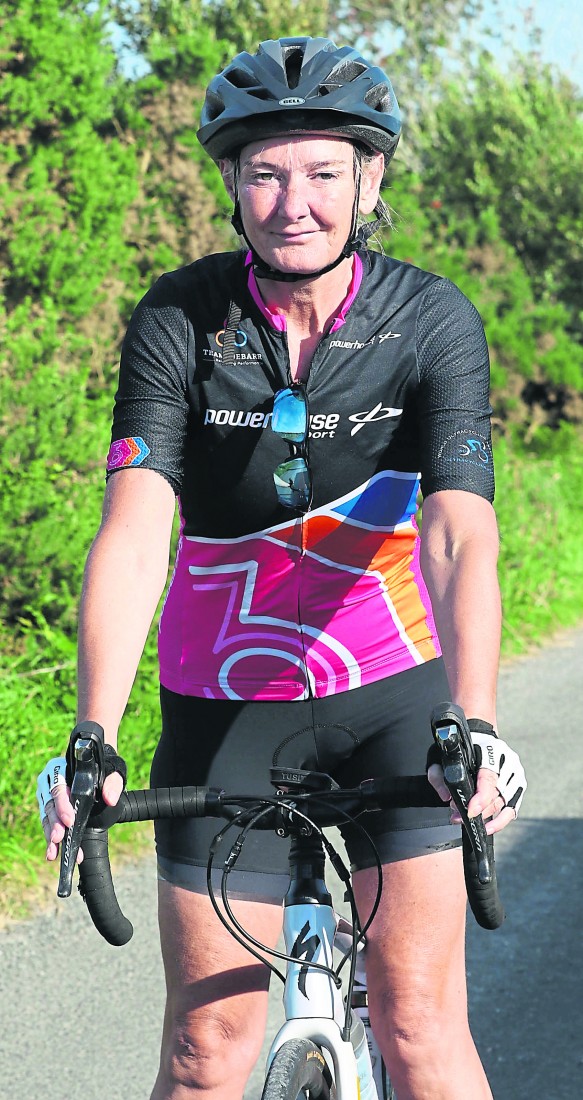 If I can do it anybody can do it.

“It doesn’t have to be the bike. My whole thing is just get outside.”

To recognise her fantastic achievement a function was held last Thursday evening in Mullachdubh Community Centre to celebrate. The wider community gathered to hear the record holder tell her inspiring story.

Looking ahead Patricia is eyeing up the Joe Barr 500 next May while she also feels she can beat her own record holding time in the Joe Barr 330.