Siobhan Gibbons and Ciara McVeigh Lunn were on their way to see the band in the Aviva Stadium on July 9 when they were involved in a three-car collision.

The two friends were on the main A5 between Sion Mills and Newtownstewart when a silver car collided with the Ford Kuga they were travelling in.

The silver car had been hit from behind by a third vehicle which pushed it directly into the path of Siobhan, who was driving, and Ciara in the passenger seat. 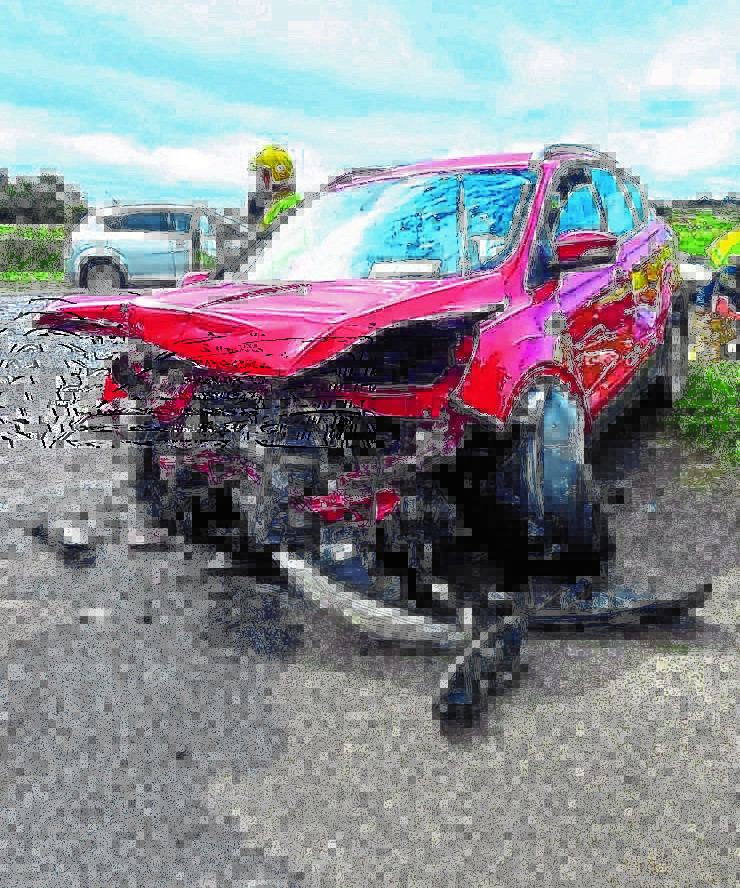 The mangled wreckage of the Ford Kuga Siobhan and Ciara were travelling in.

Ciara, who runs LK Fitness and LK Hair Design, broke her left hand and sustained internal bleeding as well as serious bruising to her knees, back, wrists and hips. 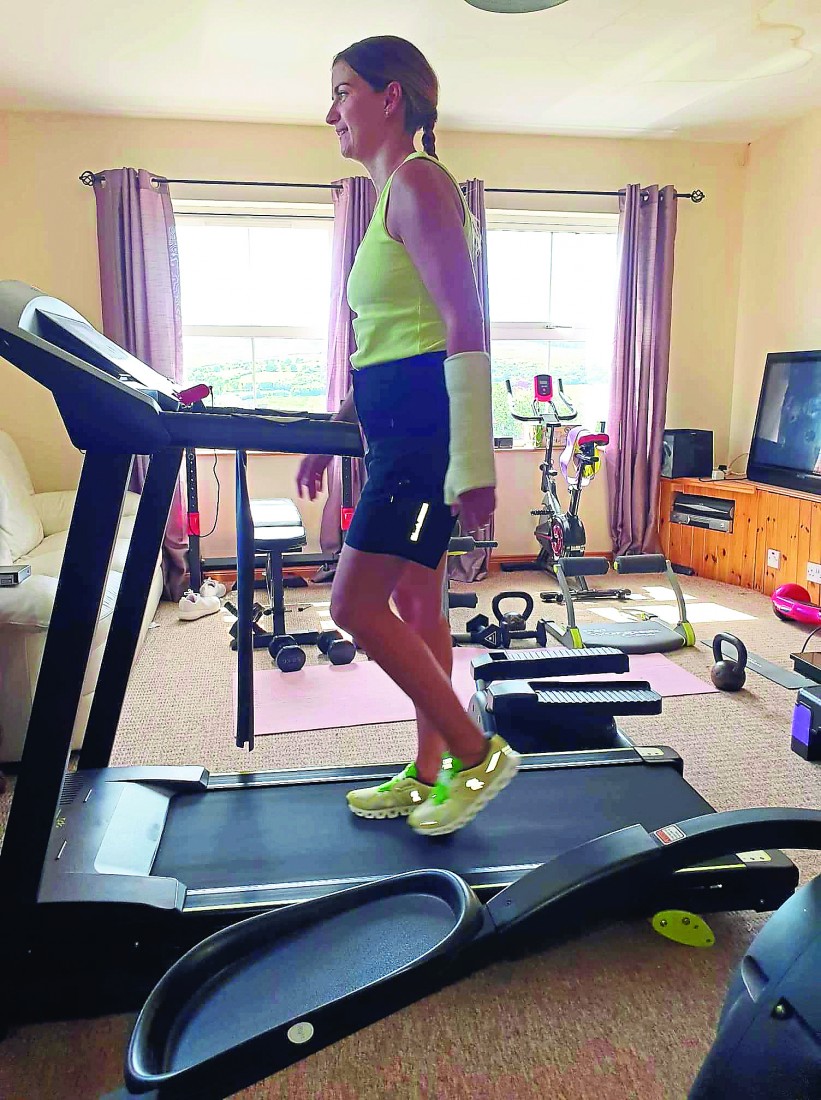 Ciara McVeigh Lunn on her treadmill at home, where she is recovering following last month’s crash. Ciara suffered multiple injuries, including a broken wrist. Her friend, Siobhan Gibbons, is also on the slow road to recovery following the collision.

Following the crash several pals tried to contact Westlife to let them know of the near-tragedy.

But it was Elaina Gallagher, who came upon the wreckage as she returned from seeing the band the previous night, who had the clever idea of contacting 2FM’s Jenny Greene. Nicky and Jenny previously presented a radio show on 2FM together.

To Siobhan and Ciara’s amazement, Nicky Byrne picked up the phone and called them both.

“Lots of people tried contacting them but Elaina got in touch with Jenny Greene’s show. It was afterwards that Nicky rang us,” said Ciara.

“He was so lovely. He was on holiday in Portugal but he said he would get us sorted with tickets before the end of the year.

“It was like talking to one of your pals, he was so nice and he seemed devastated that this had happened on the way to one of their concerts.

“We both needed a lift because we were going through such a range of emotions of good days and bad days. And it definitely did lift our spirits.”

As well as the surprise phone call, the pair have also managed to get to see the famous quartet. albeit virtually. Friend Chantelle from Century Complex booked them slots at a concert streamed live from Wembley on Saturday night.

“Chantelle kept us seats so we finally got to see them,” Ciara revealed.

A month on from the collision and both women are on the slow road to recovery.

According to Ciara their saviour was the fact they were in a Ford Kuga which elevated them above the oncoming car.

Siobhan, who was the more seriously injured of the two, will need medical care for the foreseeable future.

Ciara requires physio every day and was this week due to undergo a CT scan and a visit to the fracture clinic.

The mother-of-three said she hopes to return to her salon and to her exercise classes.

“I haven’t set a date in my head but I’m hoping that it won’t be too long. With the hairdressing I’ll have to wait and see what I’m capable of because of my hand.

“It’s the same with the fitness classes. Physio is one thing but upping that by a hundred times to a fitness class is going to be different.

“I’m determined to get there and being fit is definitely standing to me in my recovery.”

Ciara added that the support she has received from friends and family has been immense.

“We’ve built a great community in Fitness LK and that’s what it is, a community. I’ve been a hairdresser for 27 years and some of my clients have been with me from day one. So they aren’t clients, they are friends. The support from them all, family and friends, with well wishes, gifts, kindness and positive thoughts, they’ve all helped towards recovery.”