THE judges at an international film festival were so impressed by a Donegal composer that they created a new award category for him.

Orrie McBrearty’s score on ‘Other Land’ was named Best Soundtrack at the Portuguese Surf Film Awards.

The Castlefinn man created the music after being approached by film maker Alice Ward.

Other Land follows the path of Vittoria Farmer, a young Australian surfer recently arrived in Donegal as she journeys through the raw landscape and history of the west of Ireland.

Vittoria’s voyage engages the senses in a unique and powerful way and Alice captures her on camera as she experiences the Atlantic Ocean and the wild and ever changing elements for the first time.

Other Land was shot on location in Dunfanaghy, Bundoran and in the Glencolmcille townland of Port.

On how her collaboration with Orrie McBrearty came about, Dubliner Alice said, “I learned how to surf in Dunfanaghy when I was a teenager. I used to work in the Rusty Oven there and I was asking if anyone knew a local music producer. That’s how I got to know him, through word of mouth.” 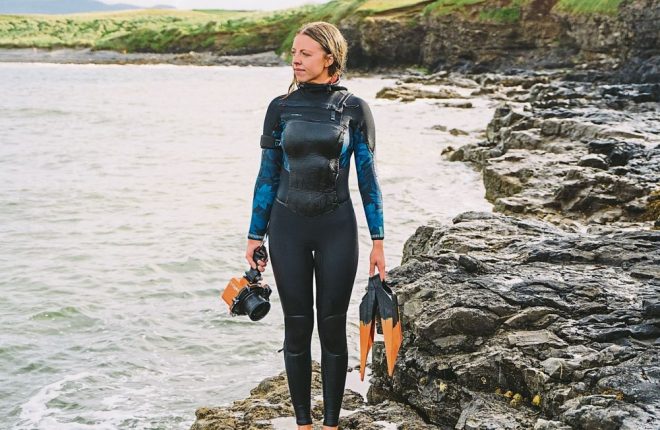 Alice Ward whose latest film Other Land gets its Irish premiere in Bundoran on August 26. It has already picked up an award at the Portuguese Surf Film Awards. Photo: Phillip Corrigan.

After making contact with the Castlefinn man, the film maker quickly realised that he was the right fit for her project.

“I had a pretty clear idea of what I wanted and we seemed to be on the same page.

“I was filming from January to March of this year and we were discussing different ideas.

“I didn’t actually have the film done when Orri started composing the music so he only got a very loose draft from the clips.

“He is such a nice guy and that came across from the get go. And the fact he was from Donegal, I felt it connected with the landscape, the vibe and the west coast of Ireland.”

Other Land was only completed three weeks ago but already it has picked up an international award.

“My first film, Ebb and Flow, was in the Festival in 2019 so I had a relationship with them. They were delighted to premiere Other Land but they told us they had never actually given an award for best soundtrack. But they were so moved by it that they came up with this award.

“Out of 46 international films it was pretty amazing to win.”

Other Land gets its Irish premiere in The Kicking Donkey in Bundoran on August 28 at 8pm. After that it moves to The Workhouse in Dunfanaghy on Sunday, August 28 at 6pm.

Alice added, “I was delighted that I was able to go back to the artist and tell them their music had won an award. I really enjoyed working with him.” 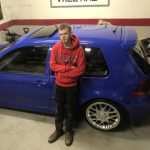