GARDAÍ were paid over €17,000 to provide policing cover on the set of the Liam Neeson movie In The Land of Saints and Sinners.

Performing ‘non-public duties’ at Hollywood blockbusters, sports events, concerts and the moving of abnormal loads by trucks netted An Garda Síochána in Donegal over €100,000 in the past 18 months.

The amount of money being paid by private companies has risen significantly this year with the wider resumption of events after Covid-19 restrictions.

Last year An Garda Síochána in Donegal collected in €32,123 in non-public duty fees. But already in the first six months of this year €74,762 has been paid over.

The costliest event so far in 2022 was the filming of In the Land of Saints and Sinners.

Starring Liam Neeson and Ciarán Hinds, scenes for the movie were recorded in south Donegal. Garda attendance was required from April 20 to 29 and again over the two days of May 4 and 5.

For their services An Garda Síochána received €17,017.

Officers were also hired to police a second film, God’s Creatures starring Paul Mescal and Emily Watson. Gardaí were on-site for six days during May of last year and were paid €4,679 by the studio.

The next two largest bills were for €10,000 each – one paid by the organisers of the Sea Sessions festival in Bundoran in June and the other by the Donegal Motor Club for the Rally from June 17 to 19.

The Clonmany Festival team also paid out €5,600 while the Rory Gallagher Festival met a bill of €3,000 for Garda cover. Ramelton’s Lennon Festival handed over €2,000 to gardaí for their help.

Sporting events also proved to be a lucrative source of income for An Garda Síochána.

Last year, when the sporting calendar was almost wiped out, Finn Harps and Donegal GAA paid out €1,543 between them.

The only other sporting event that required a Garda presence was the Sheephaven Half Triathlon. Officials there paid €550 to have officers attend.

Haulage and building firms have also paid considerable sums over the past 18 months to An Garda Síochána.

The biggest spender was construction giant BAM. It won the multi-million contract to upgrade the N56 Dungloe to Cloghbolie Road and has paid €9,539 to gardaí since January 2021.

The next largest bill, one for €6,697, went to Churchill Stone while Mar-Train Haulage forked out €6,593 for Garda assistance.

A spokesperson for An Garda Síochána said non-public duties were normally performed by members who would otherwise be off-duty.

They added, “It is generally the practice to charge organisations for the costs of duties performed by members inside the event.

“In general the cost of policing duties performed by gardaí outside the event such as traffic control, beat patrols and other public policing duties which would be additional to those normally performed at the location are not paid for by the organisation hosting the event but fall to be paid from the Garda Vote.

“However at some specific larger events An Garda Síochána seeks a contribution from the promoters to overall policing costs.

“At all times it is the policy of An Garda Síochána that the safety of the public must be the ultimate concern.” 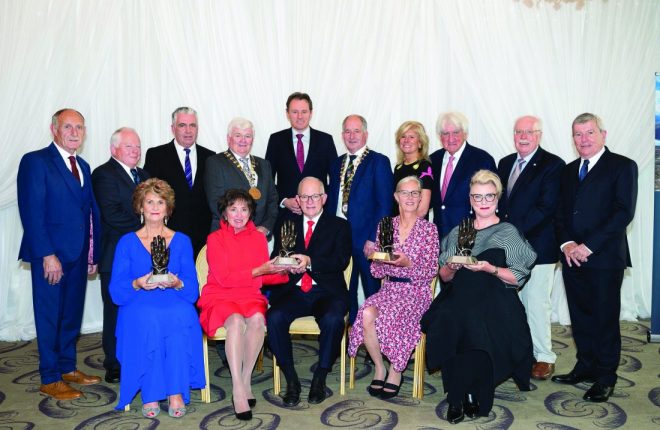 Triumphant Tip O’Neill awardees recognised for work across the world