PAUL McGinley says the ‘Irish Legends’ event which returns to Downings this month is about creating a situation “where everyone is a winner”.

The sports star will be granted the freedom of Donegal on August 15 for his efforts promoting the county as a premiere golfing destination.

Speaking to the Donegal News, he said his “deep affinity” for the area comes through his parents – mum Julia Sheridan from Rathmullan and dad Mick McGinley from Dunfanaghy.

“All my youth was spent in Donegal – summer holidays, Easter, St Patrick’s Day. It was very much a part of my upbringing and my family still go up there all the time. I’m there myself two or three times a year.

“I’m very lucky to have travelled all over the world and I’ve been to some of the best places. But as wonderful as these places are, if you asked me where my favourite is, it would be Donegal.”

Donegal’s reputation as a golfing destination has exploded in recent years following the staging of the Irish Open in Ballyliffin in 2018. Last year Hollywood star Bill Murray showcased the county further when he visited several courses for the travel documentary The Links Life.

Paul McGinley said that if Donegal was a stock, he would be investing in it.

“You have the St Patrick’s course at Rosapenna, you have a world recognised figure in Gil Hanse in Narin and Portnoo, you have so many great courses. Things are on the up for Donegal and golf brings a lot of revenue with it.

“So I predict big things for the county over the next ten years if they can just keep improving the infrastructure and creating better roads. If those sort of investments keep coming in then the future is going to be very buoyant.”

The freedom of the county ceremony will take place ahead of five days of play which will see celebrities and professionals such as Brian McFadden, Kriss Akabusi, Jimmy Nesbitt, Niall Quinn, Ian Woosnam and Paul Lawrie tee off. There will also be plenty of local interest with people like Daniel O’Donnell and Packie Bonner taking part. 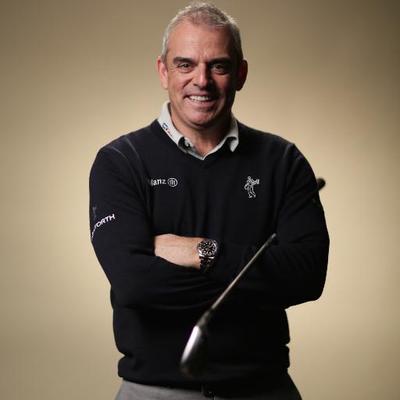 Golf star Paul McGinley will receive the freedom of Donegal at a ceremony on August 15. Photo source: Paul McGinley/Twitter

The 55-year-old said last year was an unbelievable success with the Legends Tour executives highlighting Rosapenna as their most successful event. And that was with society in the firm grip of the Covid pandemic.

This year things have been greatly expanded to include other non-sporting events, including a concert headlined by country star Nathan Carter.

“The way I see it, it is a festival with a golf event in the middle of it. You don’t get many large international events in Donegal and this will bring the county to hundreds of millions of people all over the world. And that is what it is about, promoting Donegal.

“Donegal County Council has been fantastic and I could not have asked for more support. They have funded a lot and what I said about golf being massive, it is an instigator, a way of showing what Donegal has to a global audience.

“Donegal is still a hidden gem in many ways but just wait and see how popular it becomes in terms of golf over the years ahead.”

The former world number 20 said his championing of Donegal has never been forced. Having spent a large chunk of his life on the county’s beaches and golf courses, it is a second home to him. Being granted the county’s freedom will mean he can officially cheer on the GAA team, he added.

“It’s all very natural because I do have that deep affinity and emotion.

“I have such brilliant memories of growing up there, of Killahoey beach, of going to the Donegal Rally, of playing on Dunfanaghy golf course. I still go to the Donegal GAA games.

“I have a huge emotional attachment so this is very natural to me and I want to create a situation where everyone is a winner.

“Donegal is in my heart, I’m looking forward to getting up there and hopefully we will be blessed with some good weather.”