THE discovery of a nest of corncrake eggs in north Donegal is thought to be the first of its kind in Ireland.

The 11 eggs were unearthed by a farmer at Fanad Head who came upon them while mowing his field.

He immediately contacted field officers at Corncrake LIFE, a new State-led programme working with the farming community to preserve and even re-create the kind of rough meadows where corncrakes mate and raise their young.

His phone call sparked a mission that saw the eggs transported 300 miles to Fota Wildlife Park in Cork where they were hatched in a special facility.

Nine of the birds survived and have been released back into the Donegal wild, enhancing substantially a species that has been on the decline in Ireland for decades.

Project Manager of Corncrake LIFE, John Carey, said, “It is a rare enough thing and I would safely say it is the first time a nest has been recovered like this.”

Corncrakes were once common in the Irish countryside but modern farming techniques and the use of pesticides have virtually wiped them out. Today they are found solely along the west coast.

Up until now their extinction has been stymied by a grant scheme rolled out by National Parks and Wildlife. But Corncrake LIFE is going a step further with a new, collaborative approach.

It has linked up with around 50 farmers, half of them in Donegal, to encourage them to reverse their normal mowing practice and to start cutting grass in the middle of their fields and work their way out to the edge. This gives the normally shy ground-dwelling birds a chance to creep away without getting harmed. 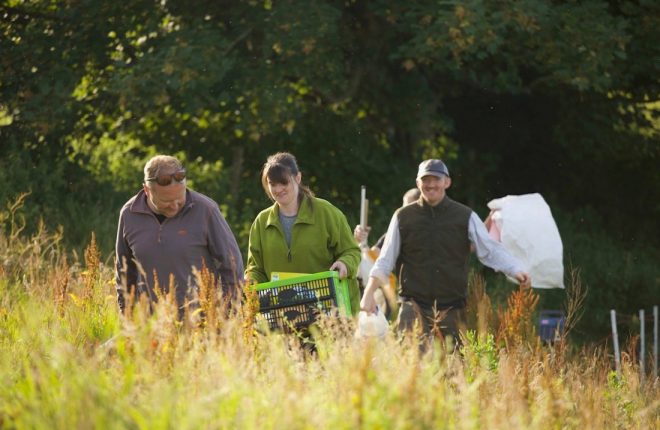 From the farmer to the field worker, rescuing the birds was a team effort.

John Carey said Corncrake LIFE does have a licensed protocol to deal with discoveries like the one made at Fanad. Ideally it would never be activated as the preference would be that the birds hatch in the wild. But given the precarious population numbers, it was vital to get the eggs to safety.

“Within seven or eight hours of the nest being recovered the eggs were in Fota Wildlife Park in a special incubator.

“It had to be done in stages so the field officer got them from Fanad to Donegal Town and from there they came to me here in Roscommon. I started heading south.” 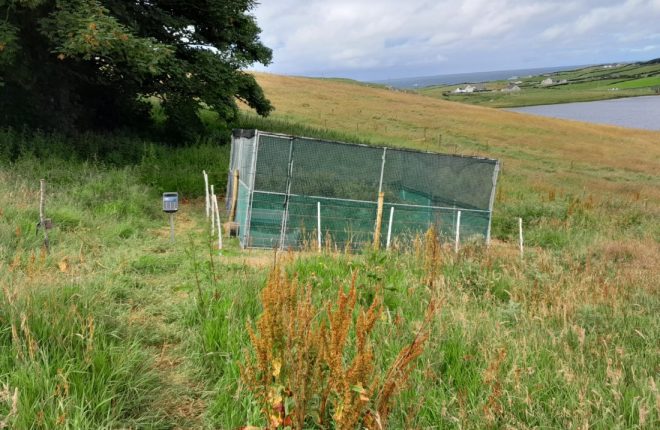 The special pen that was built for the fledging corncrakes.

Once hatched Fota Wildlife Park reared the birds for three weeks before they were returned to Fanad where a special enclosure had been created for them.

They remained there for a further three weeks before being released over the bank holiday weekend.

“It was really nice because the farmer was there with us.

“When the pen door was opened it took them about an hour to leave. They left in dribs and drabs but it was lovely to see them go and to know they are out there somewhere now.” 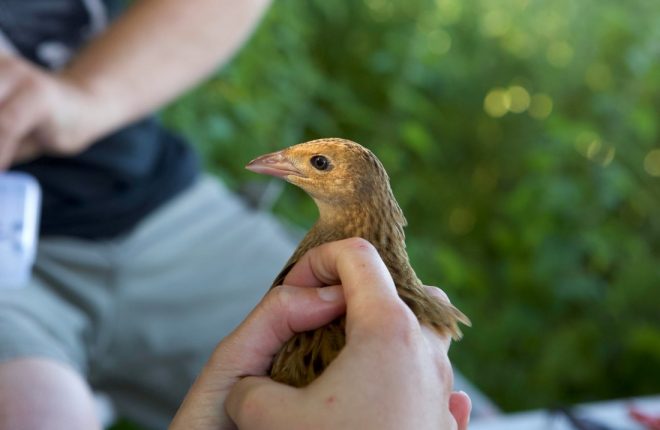 And one of the birds that has been released back into the Donegal wild. All photos courtesy of Corncrake LIFE.

Corncrake LIFE is always looking for landowners and farmers to get involved in the conservation effort.

“Feel free to get in touch if you are in Malin Head, Fanad Head or west Donegal. We can be reached through our website, www.corncrakelife.ie or on social media,” John Carey added.