A woman whose sister drowned in west Donegal 50 years ago says her heart never fully mended after the tragedy.

Máire Grae was one of four Irish language students who lost their lives when a freak wave engulfed them on Mullaghderg beach on July 13 1972.

Máire, who was 14 and from Sutton in Co Dublin, perished alongside Catherine Carrol (13) of Clones Road in Monaghan and Susan O’Reilly (14) and Bernadette McCabe (14) who were from both Fermanagh Terrace in Clones.

Two of the girls were attending Loughanure College, the other two Annagaire College, and were part of a group who had gone to the beach for an afternoon swim. Within moments though four of them were gone, swept away by a wave described at the time as being of “unexampled strength”.

With Máire on the day of the disaster was her younger sister Eilís. Their parents, Micheál and Eilís, were also close by, watching the two girls from the shore.

Ahead of a memorial walk on July 12 to mark the 50th anniversary of the four deaths, Eilís recalled how what was supposed to be a fun day out turned into one of the darkest episodes in Donegal’s maritime history.

“We lived in Dublin but we had relatives here and we used to come up every summer. Myself and Máire, I think we came up on the bus with the college and I have a feeling it may have been the first week in July. What I do know is that the 13th was our first sunny day since arriving.”

Máire and Eilís were from a family of seven children, five girls and two boys. Their grandfather was the eminent Gaelic writer Niall O’Domhnaill, a native of Loughanure.

The Grae family lived in west Donegal for a few years before moving to Dublin. But they returned every year without fail, in particular Máire who spent months at a time in the Gaeltacht.

The family made regular visits to Mullaghderg strand, completely oblivious to the dangers that existed there.

“Myself and herself were very close. I was about to start secondary school that year and she was going to show me the ropes,” said Eilís of her older sibling.

It was shortly after lunch when the students, tutors and families made the short journey to the beach. Many of the students had not packed swimmed costumes and instead rolled up their bell bottom jeans.

“My memory is that we had no intention of going swimming and instead paddled about having fun at the water’s edge.

“We were holding hands, I remember that. We were in the water but still close enough to the shoreline. Then this wave came and suddenly we didn’t know what end was up. It really took us by surprise and I remember swimming and just hoping that I was swimming towards the surface. One second we were standing in the water and the next we weren’t. It was really frightening.”

A rescue effort was quickly scrambled and the terrified children brought to shore. A quick head count though soon revealed the terrible truth – that four of the girls were still missing.

“I wanted to go to my parents and my father came and asked if I had seen Máire. I think we all began to realise at that stage that she wasn’t coming back.” 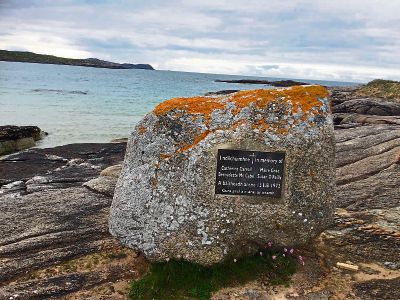 The rock in which a commemorative stone has been placed.

The tragedy was the second to hit the Grae family in less than a month.

Micheál Grae’s brother had been on board a flight from Heathrow which crashed on its way to Brussels on June 18. He was among the 118 people killed in what is known today as the Staines air disaster.

The loss of the four students hit hard in the local area with barely a household untouched by the tragedy. In the days after Lord Bishop of Raphoe, Most Rev Dr Anthony MacFeely travelled to say Requiem Mass in a packed Star of the Sea Church, Annagry.

“I think my heart was broken that day and that is always going to be there,” said Eilís.

“But I go out there to the rocks a lot and I can really feel her spirit there. For the 40th anniversary the locals were really good and helped put the names into a rock. It’s lovely to go there and I feel a closeness there. It’s where I like to go to be close to Máire and it’s a very special place for the family.”

A bond has developed over the years between the Grae, Carrol, O’Reilly and McCabe families. Up until ten years ago some of them had never returned to west Donegal. Now they are preparing to make the journey again.

“Some had never come back after the drownings but when they did, they found it healing in a sense. For us all to go down to the beach together, it was like a celebration of the girls’ lives.”

How any of their lives would have panned out is an impossible question to answer. But such was her love of Donegal, Máire Grae may well have settled here, according to her sister.

“Who knows where life might have taken her. She was only starting out really and was only beginning to find her artistic values.

“But she loved it up here. She had been to the Gaeltacht three months that year. She would have loved to have lived here in west Donegal, her heart was definitely here.”

The commemorative walk to remember those who drowned starts at 6pm on July 12, gathering at the entrance to Mullaghderg strand. Everyone is welcome. 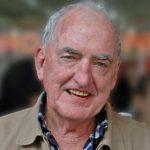 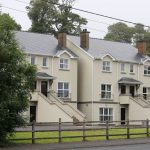