SNOOKER star John Higgins took a break from the baize to spend a few days in Donegal this week.

The four-time world champion dropped in at The Alt Bar in Killea where he enjoyed a coffee with family members before taking a stroll around the village.

Higgins then travelled on to Ballybofey where he visited relatives.

Co-manager of The Alt, Chris Moore, said the bar’s colours – it has just been painted brightly in the yellow and green colours of Donegal – are what caught the Scot’s eye.

Chris said, “He is over on holidays and they were driving through. We’ve just recently changed the bar’s colours to those of Donegal and it is bright. That’s what drew him in.

“There were seven or eight of them and John had a coffee. Afterwards he took a walk around Killea.

“He was a lovely guy, he cleaned up the mess and then came and said goodbye when he was leaving.”

Only last month John Higgins competed at the Crucible where he made it to the semi-final before crashing to old rival Ronnie O’Sullivan, the tournament’s eventual winner. 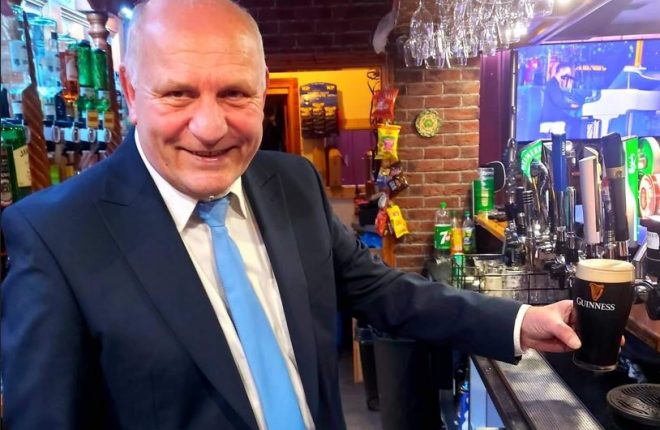 FAI President Gerry McAnaney pouring a pint in The Alt.

The Alt Bar made headlines all over the world in January this year when it introduced a ‘Covid jar’. Anyone mentioning the word Covid had to pay a €2 fine with all money going to Donegal Hospice.

John Higgins is the second big name in as many months to stop off and quench his thirst there.

FAI President Gerry McAnaney also paid a visit and even got to pull his own pint of Guinness. 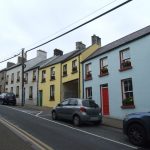