John Gildea says that Donegal football has some big decisions to make in the next number of weeks – and they’re ones they simply must get right.

County chairman Mick McGrath is scheduled to sit down with senior boss Declan Bonner on Wednesday to gauge his intentions moving forward. A narrow loss in this season’s Ulster final was followed up by a 10-point hammering by Armagh in the All-Ireland Qualifiers, a side Donegal had dealt easily enough with earlier in the campaign.

The 1992 All-Ireland winning legend has been in charge of the county’s senior footballers for five years now, winning back-to-back Ulster titles in his first two.

However, the side has fallen short in both their provincial and All-Ireland series targets in the last three seasons. After the completion of his initial three-year term in 2021, the Na Rossa club man was reappointed as manager of Donegal for a further two.

There have been calls for a change at the top in the last few weeks. However, ex-Donegal midfield powerhouse Gildea says there is a much bigger picture here than simply who should manage our county senior footballers moving forward.

He explained: “If you look at the macro picture you can go, okay, Declan has been there five years now. We’ve been in Ulster finals, we’ve won a few as well as dropping a few we maybe should have won. Or, you can look at the other side of that and say have we got so accustomed to competing at the top over the last decade that simply competing at the top table just isn’t good enough any more?

“But the thing I feel we should really be looking at moving forward, with or without Declan, is the way we are playing right now. And I mean the way both our county and club sides are going about their business. There is an apathy out there with supporters right now and it seems like they’ve finally had enough. And this isn’t just about the county senior side, this is a much bigger conversation that needs to be had in regards to club and underage football.

“Supporters are asking themselves, ‘do we really want to spend our money, waste our time, going to watch very good footballers, for both club and county, play the kind of stuff we’ve been watching now for the last four or five years’? That’s the big picture for me – that’s what we need to look at when we decide what direction we’re going moving forward in.”

If Donegal do decide that Bonner deserves to see out his final year in charge, Gildea believes it’ll be the players that ultimately make that call.

“From Donegal and Declan’s point of view, it comes down to a very simple question. And it doesn’t matter what I think or anyone else on the street or behind the wire feels. If Declan still has the squad firmly behind him then Declan has every right to go again and give it one more shot. But if that is not the case then maybe he should move on. But only Declan and the players will know the answer to that.”

Regardless, the Naomh Conaill clubman says the Donegal county board has to take on board, in some capacity, just how disillusioned supporters currently are right now when making their call.

“It goes back to the county board reading the room, looking at the lack of Donegal bums on seats in Clones (against Armagh). And there is a general tone and talk about the place regarding the style of football. If Declan goes, do the county board bring in a man that maybe has won club championships still playing a very structured and formulaic approach that doesn’t move away from what we’ve already got?

“Or do we break from the mould and get someone in that might be prepared to take the shackles off and just see what it brings? If Declan does decide to go, that’s a conversation the county board really needs to have with itself.”

If Donegal can be persuaded to go a different direction, then Gildea has no doubt club football within the county would follow suit.

“Jim gets a lot of the blame for this issue but I’d argue with anyone that the 2012 Donegal side was one of the most dynamic teams that ever played the game. The way they defended and the way they broke, it was with serious purpose and intensity. You’d Lacey, Thompson, McGlynn even Neil McGee from full back, looking to get ahead of the man on the ball all the time. What’s happened over the last decade is that club sides have copied the template. But they’ve not been able to inject the same dynamic and energy, the aggression to it, that makes it all work so well.

“If someone new came in with a different approach to it, would that eventually filer down to club football? That would be the hope. Or maybe there is just another conversation to be had, at a much higher level again, about rule changes that forces the entire thing a different direction. But something has to give because football, as a spectacle, is suffering. Players have never been fitter, faster, skilful or stronger. But they need to be allowed to go out and put all that into the actual game. I’d say it would go to an unbelievable level if they were allowed to express all of that.”

He added: “The what I’d call ‘pop moments’ in games, the instances that gets a crowd on its feet, they’re gone. No one brings the ball into contact, no one throws a dummy. It’s completely risk adverse now. I can only imagine what the analysis is like on a Tuesday back at training. If the half chance is there you have to go. It’s the half chances in sport that lead to the golden moments.

“But it’s the norm now, players actually don’t know any different. When I played, it was a sort of a ‘wacky races’ approach where the thing was end to end. Of course it can’t go back to that, but it can find a footing somewhere in between where it once again at least becomes a spectacle – a game that encourages moments, bravery or off the cuffness.

“Now, it’s all about ‘the process’, ‘recycle’, ‘no contact’… even the buzz words would make you go to sleep! Like I said, we need to step back in the next few weeks and ask ourselves what direction we want to go from here on in. This is a fundamentally pivotal time for Donegal football, on the whole. What do we want from our club and county teams because, generally, one sets the tone there and the other follows suit.” 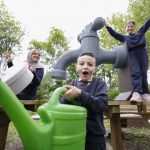 Irish Water is appealing to customers to conserve water 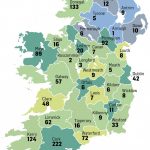