STUDENTS across Donegal began their Leaving and Junior certificate on Wednesday in what was the first full set of in-person State exams to be held since the start of the pandemic.

School Principal Danny McFadden said they have put in extra supports, acknowledging that it has been a difficult few years for students.

“This is the first cohort really since the pandemic that are sitting their exams and over the last few weeks here in the school we have been very conscious of that in terms of trying to put supports in place for the students. We had workshops around wellbeing and looking after themselves during the exams, around sleeping well and eating well,” said Mr McFadden.

“In meeting the students this morning I reassured them to go in and do their best, that is all that they can do.

“The last two years hasn’t been easy on any students sitting exams now particularly in fifth year around that period of online learning.

“We have to be conscious of that. Overall this morning the students went in, they were worried but they went in with a good positive attitude to the exams and they were happy with English paper one.”

First up was English paper one and many of the students we spoke to at Errigal College in Letterkenny were pleasantly surprised with how it went.

Students Wiktor Krys and Toshiaki Fujisawa were in good spirits as they left the exam hall.

“It wasn’t too bad. The previous exam papers were harder,” said Wiktor. “They gave us extra time and they gave us more variety of questions. I’m more worried about maths. I’m looking forward to Spanish and Polish.”

While he was taking the exams in his stride Wiktor said remote learning was difficult over the last few years.

“It was hard at home especially when you have two siblings and a very crazy household. It is very difficult to focus at home because you are relaxed as opposed to a classroom setting,” added Toshiaki.

Offering advice to fellow students who may be feeling stressed at this time Wiktor said: “The Leaving cert isn’t everything. Yes it will help you get into college, maybe get a better job but it is still not everything. There are still more possibilities out there.” 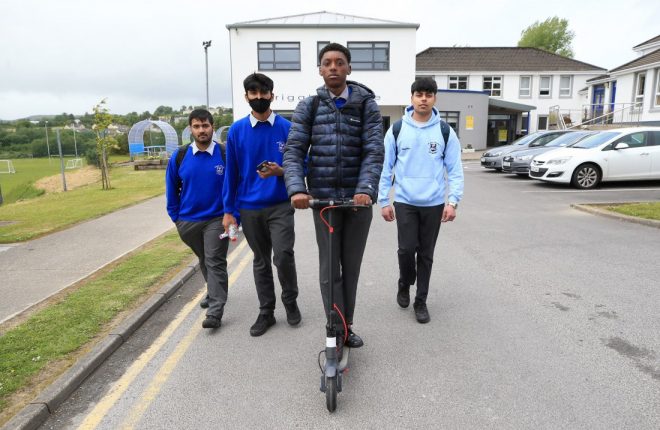 Mahreb Ahmed said the English paper was not “that bad” but predicted the maths on Friday would be stressful. Mahreb, who hopes to study architecture and interior design at ATU in Letterkenny, also found remote learning a challenge during the pandemic.

“It is really hard to study online, you can’t really concentrate while you are sitting on the bed,” he said.

Samira Begum, who is hoping to study law after school, said the run up to the exams has been stressful especially because they thought they would have hybrid grades. During the pandemic, up until this year, students had a combination of calculated grades – based on teachers’ predictions – and optional exams for the Leaving Cert.

“It was English paper one so we didn’t know exactly what was coming up but I was happy with the paper overall,” said Samira.

“It has been very stressful. I am worried about maths, I hate algebra.

“It has been difficult, we were all expecting hybrid grades, but after seeing the English paper I am feeling ok about it and I think it will be fine. Just believe in yourself and you will be fine because when you actually do the exam it is not actually as hard as you think.”

Ayan Adan, who is hoping to study medicine, said the English paper was fair. “I have found it difficult during the years of Covid not being in class,” said Ayan.

“It was so hard. It was a huge blow to be told that you are going to do the exams. The subject that would be the hardest for me is chemistry.” 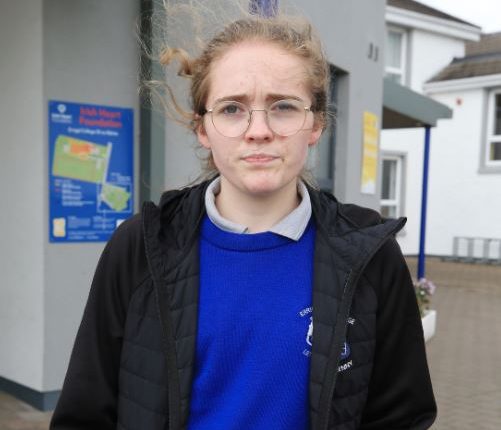 Elizabeth McGlynn felt she could have done with more time in her English exam.

“It could have been longer because I take a while to read things. I could have used another hour,” she said.

Elizabeth said she struggled with studying from home during Covid and felt as though she has been catching up in sixth year.

“There was a whole gap of a year where I missed out on a lot of stuff and this year was like a catching up year.

“It was brutal. I was glad to get back to seeing people.”

Her advice to students facing the exams is not to think about things too much so you don’t get overwhelmed.