The Letterkenny singer and songwriter was one of two warm up acts ahead of the Dubliner’s appearance at Séan Óg’s in Derrybeg at the weekend.

Saturday’s concert was first scheduled for 2020 but had to be postponed due to the pandemic. The delay put no one off though, least of all the headline act. Performing in front of a packed house Dempsey rolled out all the hits in his uniquely energetic style, lighting up the audience with renditions of classics such as Negative Vibes, It’s All Good and Apple Of My Eye.

Maria McCormack has been commanding substantial airtime of her own lately following the release of her single ‘Girl With Good Intentions’. But she said supporting Damien Dempsey was “top of the list” in terms of career highlights to date.

“I bought his first album the day it was released. Damien Dempsey is massive in this country and I’ve been a fan from the very beginning so to get to support him, it was at the very top for me.”

Revealing how the support slot came about, Maria said she was initially approached two years ago by Managing Director of Ace Promotions and Séan Óg’s Live, Shane Barr.

“It was 2020, I had my first album out and I think Shane wanted to give me a push along with it.

“He contacted me again two or three months ago to see if I was still interested. Obviously I was and it worked out well because my niece Rachael McGettigan, we sang together for years before she moved to Manchester during the pandemic. But she was able to make it home for the gig.” 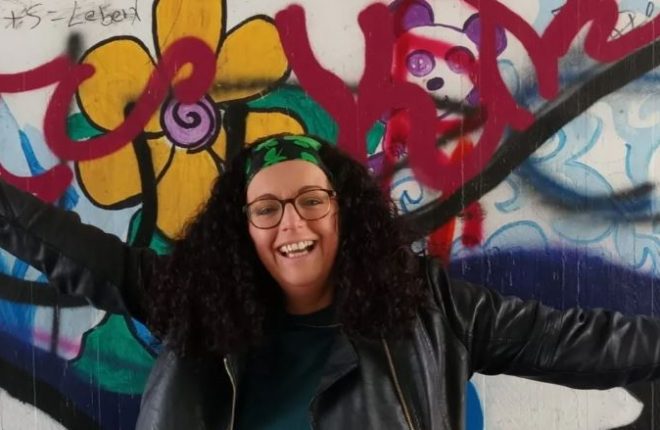 Maria McCormack has been gaining airtime all over Ireland with her latest single, Girl With Good Intentions.

Following Saturday night’s concert Maria was approached by one of Damien Dempsey’s team. To her astonishment the sound engineer revealed that Dempsey wanted to buy her album.

“This guy came up and said Damien wanted to buy the album. I couldn’t believe it and I told him he could have one for free. But he insisted on paying for it.

“I asked was there any chance of meeting him and he said of course. We went up to the green room and we chatted away. Damien told me he had listened to me on Spotify and that he loved my song Wished Harder Before. He was such a gentleman.”

Séan Óg’s has become something of a mecca for big names and its reputation continues to grow. Little Hours, Picture This, Hermitage Green, Roisin O and Paul Brady are among some of the acts who have performed there in recent times. 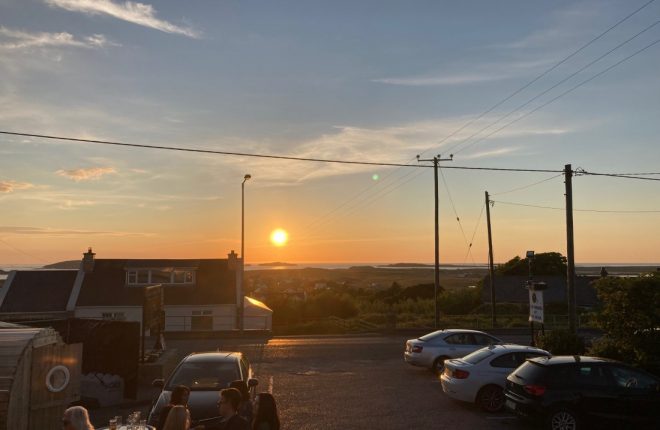 The view from the front steps of Séan Ógs. The bar and restaurant has already brought some impressive names to west Donegal and its reputation continues to grow.

Maria McCormack said it deserves huge credit for what it is doing.

“Shane should get huge thanks from everyone in Donegal and beyond. I know people from Galway who were at Saturday night’s gig. Shane is bringing those visitors here.

“To see the likes of Paul Brady and Roisin O, normally you have to go to the Millennium Forum or Belfast. But we have them in Donegal and the kindness that was shown to me, I was treated the same way Damo was.

“Shane and his family were so welcoming, they made you feel like a star for a day.”

For more on Maria McCormack go to https://mariamccormackmusic.com/