Released earlier this year, Spears has received strong reviews from many quarters.

‘Lough has written and directed a film that this reviewer feels will become a cult classic’ wrote June Butler in Film Ireland. She praised the “powerful actors among the cast of Spears” and described the music as a “superb soundtrack, one of many aspects in which this film becomes so watchable”.

Packed with twists and turns, the plot kicks off when a private investigator is sent from Ireland to Florence in Italy to track down a woman who mysteriously vanished there.

Meanwhile in London, a Dissident Republican does an arms deal with a new seller he does not trust. 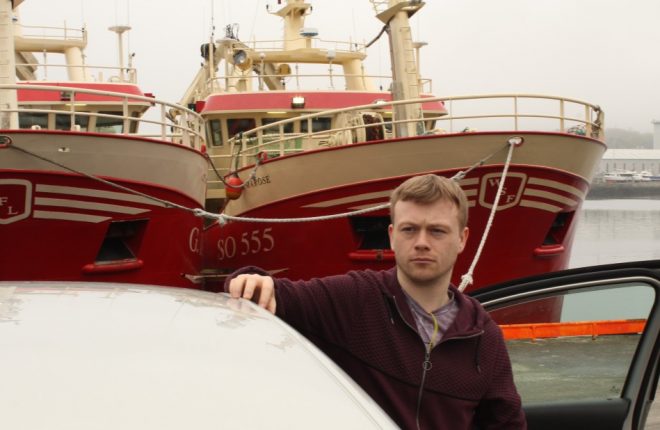 Actor Nigel Brennan in a scene from the movie Spears.

In Berlin, a scam artist spends a weekend with a married woman he tries to convince to leave with him.

Each of the three men make a startling discovery which forces them to team up back in Ireland and take revenge on those who have wronged them. Fittingly, the film’s title is taken from the Emily Bronte quote – “Treachery and violence are spears pointed by both ends; they wound those who resort to them worse than their enemies”.

Typical of the neo noir genre, the film is a stylish looking affair with tension and fear in abundance but trust in short supply. Over half of the film was shot in Donegal with the rest of filming taking place in Florence, Berlin and London.

After finishing a limited cinema run that started on February 18, the film became available on Video on Demand on Amazon from May 19.