THE Indian cultural and political organisation, Kranthi, has established a new unit in Letterkenny.
The group held their very first event on Monday when they donated a large collection of essential items to Ukrainian refugees.
The event at the Old Church in the St Conal’s campus was attended by Mayor of the Letterkenny Municipal District, Cllr Jimmy Kavanagh. Kranthi collaborated with Donegal Local Development Committee (DLDC) to assist in their efforts to help the Ukrainian refugees settle in Donegal.
Speaking at the event, joint secretary Biji Gopalakrishnan said they collected approximately twenty boxes filled with essential items.
She said there is more than 500 Indian people living in Letterkenny and the community generously supported the cause.
“When we thought about organising our first activity there was no second opinion other than helping the Ukrainian community who are in crisis,” said Biji.
“It is a really sad situation because they are all ordinary people like you and me that have lost everything. They had to leave their country and come to a place where everything is new. We need to support them so we thought this was a good opportunity to start our organisation.” 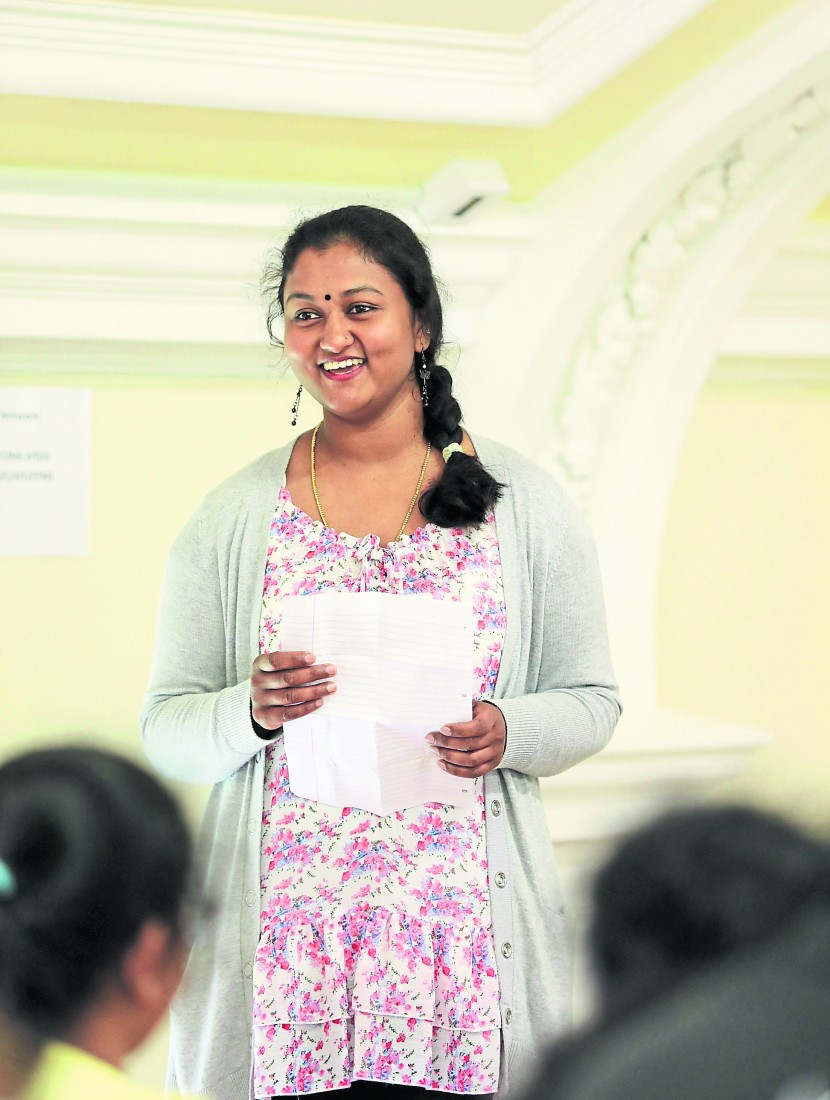 Kranthi was set up in Dublin in 2017 by a small group of people who emigrated from India and the organisation now has eight units all over Ireland.
Sajeev Narayan, joint secretary of the new Letterkenny unit, said as a community they know how difficult it is to adapt to a new country.
“As ordinary people we can’t stop the war but what we can do is give a helping hand to people,” he said.
“It is so difficult to adjust with the cultural differences and the language barrier.
“We as emigrants know the problem and it is a hundred times more difficult for refugees because they have lost everything and they are scattered all over the world.”
Cllr Jimmy Kavanagh congratulated Kranthi on setting up in Letterkenny and said it is important that the Indian community is organised in a cultural way and have a social outlet.
“The Indian community in Letterkenny is now a very big community and a very important part of life. They make a huge contribution to the community in Letterkenny through their work in various sectors,” said Cllr Kavanagh.
“What’s happening in Ukraine is a real human tragedy on a massive scale. I’ve met with two groups of Ukrainian refugees who are in Letterkenny and in Termon and the resilience of those people is amazing.” 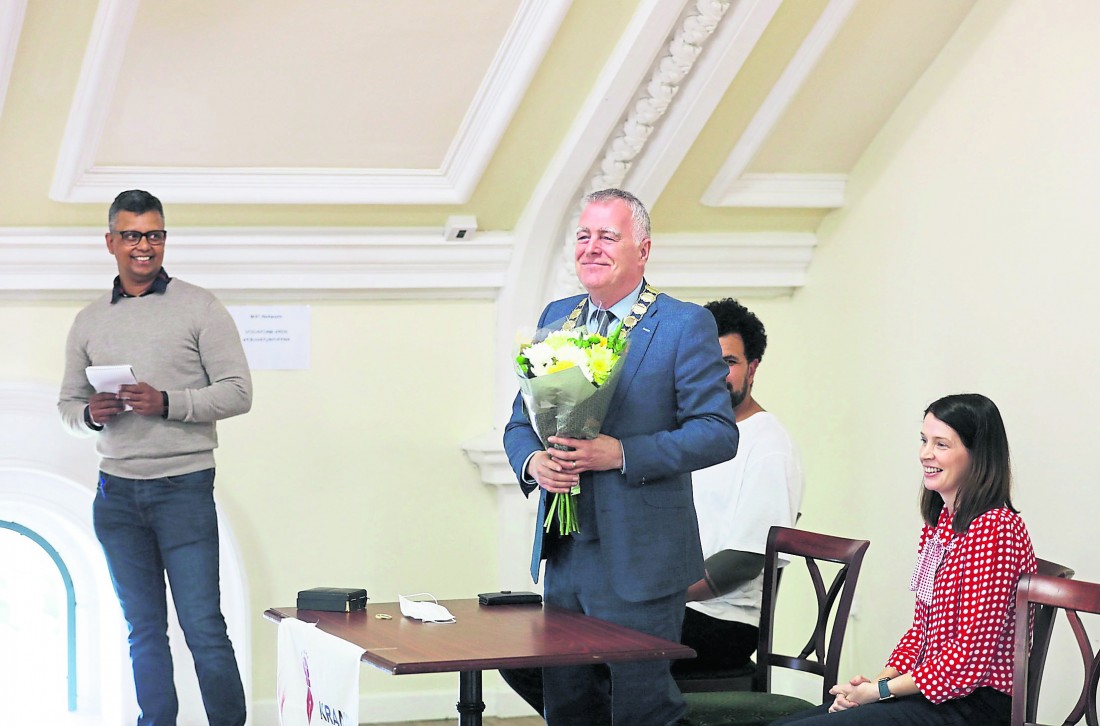 Noreen O’Kane and Cllr Jimmy Kavanagh were presented with bouquets of flowers at the launch.

Eyad Mashal, Communist Party of Ireland, praised the work of the Indian community and said it was a great example for any community and any ethnic minority group and encouraged others to do the same.
Noreen O’Kane, a representative from DLDC, said they were delighted that Kranthi came on board to help the Ukrainian refugees.
“When you first meet the people that come in from Ukraine you can’t help but get involved. They have nothing. It would be like us leaving a country that we know. I have three small children and getting them to Letterkenny for a day is impossible, I don’t know how they got them across borders,” said Noreen.
“From a DLDC perspective it was the human element and it always is for us when we come to working with anyone in our community and that is why we are so glad that you have come on board now and are involved with us. It means so much because you are such an integral part of our community.
Letterkenny has become so vibrant. The injection from different cultures is amazing.”
Noreen said it is essential that DLDC have groups like this supporting their work.
“While we can go out on the ground and meet with the Ukrainians and we can find out what their basic needs are, what their medical needs are and refer them on to the right place, we do need people rolling in behind,” she said. Kranthi in Letterkenny are hoping to grow their membership and are encouraging anyone interested in getting involved to get in touch through the Facebook page Kranthi Ireland.