DONEGAL County Council has opened a planning enforcement case over development at the Murder Hole beach.
A new pathway has been developed to the famous Downings beach which is now the subject of the local authority’s enforcement case. A new car park has also been built for motorists in a bid to help relieve traffic congestion in the area in the summer months.
A spokesperson for the Council told the Donegal News this week: “Donegal County Council confirm that there is an open and ongoing planning enforcement case regarding this development.”
Concern has also been expressed that the path traverses a special areas of conservation and a special protected area.
Access to the beauty spot has been a contentious issue for many years as previously sightseers had to cross a private field to visit the beach.
The family that owns land around the Murder Hole has a working farm on fields that separate the beach from the main road. They also own a neighbouring holiday park. 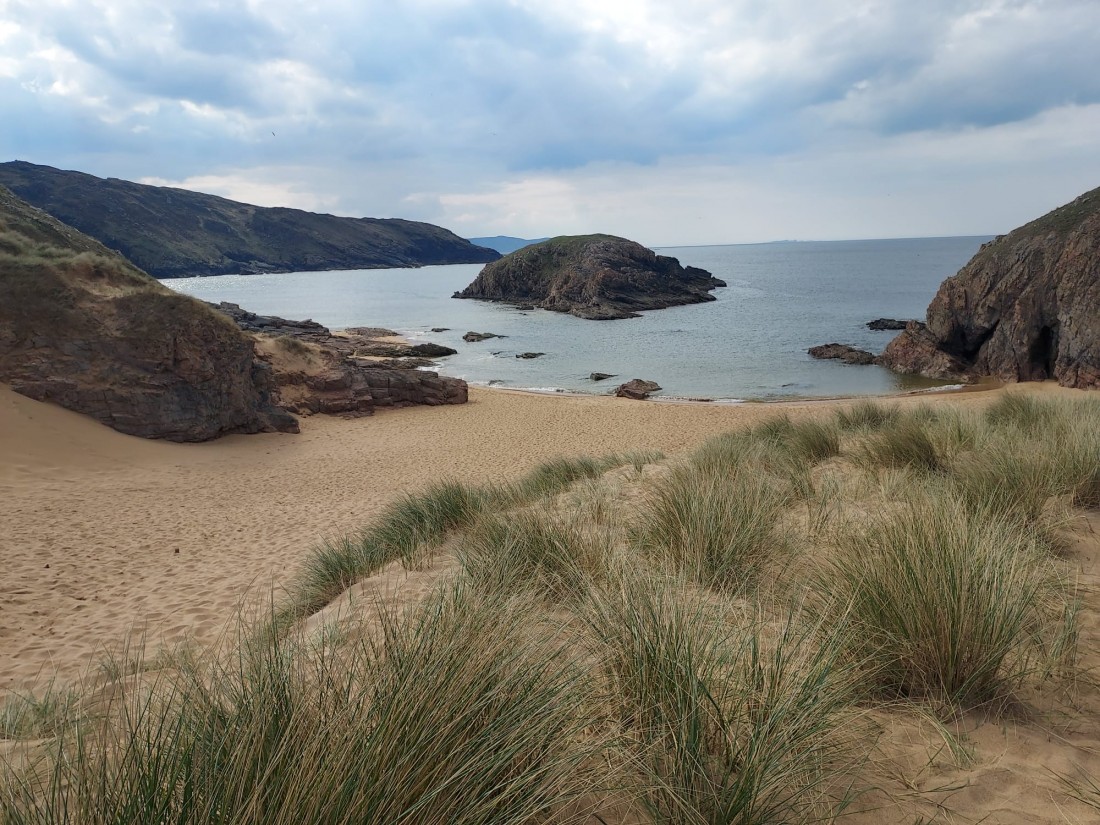 For years the Murder Hole was regarded as something of a hidden gem but its popularity has sky-rocketed thanks to internet sites such as ‘Irelandbeforeyoudie.com’ and ‘theirishroadtrip.com’. It even featured among Microsoft’s screensavers alongside stunning locations in Greece and the Caribbean.
As more staycationers flocked to Donegal during the pandemic thousands made their way to the famous beach in 2020. It resulted in the narrow road at Melmore becoming congested with vehicles to the point where it was impassable. Other problems arose around dogs, litter and camping.
In a bid to avoid a repeat of this in 2021 the family said it had to close off access to the beach as a last resort. At the time a spokesperson for the family told the Donegal News “when numbers have jumped from a handful to over 5,000 visitor per day something has to give.”
They stressed that only a minority are responsible for the problems that arose and that most visitors do respect the beach and the landscape. At that time the landowner was in discussions with Donegal County Council about access to the beach.
Since the path was opened it has proven popular with hundreds flocking to the area.
The Donegal News contacted the family for a comment on the live enforcement case but did not receive a response at the time of going to press.