“YOU’LL be gone one day and nobody will get to see your pics.”

A bit of family advice led Tony Nee to start putting up pictures on Facebook last year. Now the page has taken off with some fabulous images, spanning more than fifty years, rekindling memories for young and old alike.Over the years Tony has managed to capture a unique style of life in Donegal with his Canon A1 camera.Images from St Patrick Day Parades, Letterkenny Folk Festivals, Bonagee Shows, dinner dances and social events in Convoy, Raphoe and Lifford have now been uploaded. 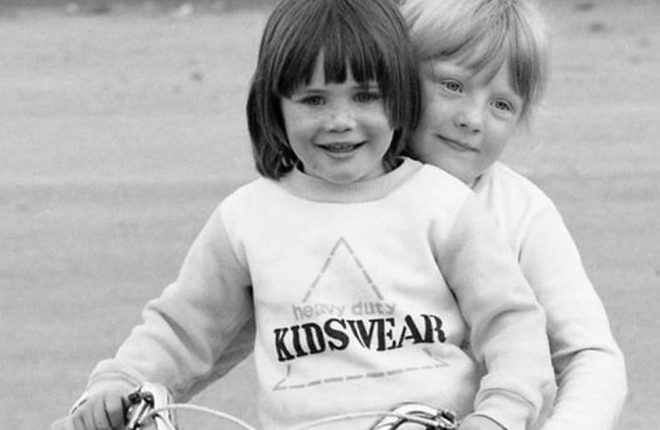 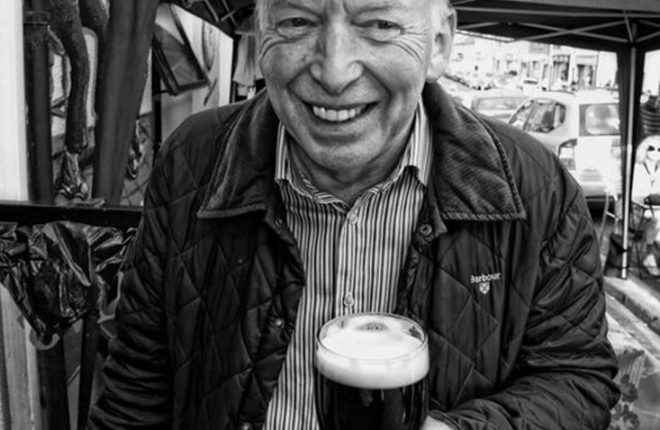 “Two of my sisters, Eileen and Christina, suggested that I put some of my pictures on Facebook. I had no interest in it (Facebook) and still don’t but my brother Danny said he would show me how to do it and it all stemmed from there,” he explained.
Images first appeared on the Convoy Memory Lane page last autumn.
“I’ve put a few pictures which helped pass the winter nights and I’m delighted that people are getting to see and enjoy them,” he said.
A native of the Cullion Road in Letterkenny, Tony (73) is from a family of nine. He now lives in Convoy with his wife Patricia. They have two sons Roger and Colin.

Tony, a retired lorry driver, always carried the camera in the cab and often took photographs of local events for the Donegal News and other local newspapers.
“Many nights I would put be putting my photographs through the letterbox of the Derry People office at four in the morning for use in that week’s paper,” he said.
Tony purchased his first camera, a Kodak 104, for the princely sum of £7 from Noel Crossan Chemists, Letterkenny in 1967 but it was around 1980 before he started to develop his own photographs and print them.
“It was when I bought a Canon A1. Declan Doherty (Donegal News photographer) also got one around the same time and that started me off,” he recalled.

Since then he has taken thousands of photographs at dinner dances, fair days and retirement functions together with rally photographs as well as pictures from the annual Convoy Summer Cup.
“I got a new scanner and started going through the negatives in November 2021. It took me four months to digitise the black and white negatives before I moved onto colour and then the slides.
“I’ve a few more boxes to go through yet but that’ll keep me busy through much of next winter,” he said.
“It’s a hobby which I’ve really enjoy. I will continue to take pictures and while I was out at a wedding a few weeks back I’m not doing too much at night any more,” he added.
Jack Charlton’s visit to Killygordon, the big flood in Strabane and the annual Lammas Fair are just a few of the events he covered over the years which stand out.

“There are images that haven’t seen the light of day for thirty of forty years and they’re bringing back nice memories for me too,” he said.
“There’s one of Paddy Kelly at the Lammas Fair that I’m particularly fond of.”
Tony was on his way to work at the time of the big flood in Strabane on the morning of October 22, 1987. The town suffered a devastating flood after the River Mourne burst its banks, leaving homes and businesses destroyed.
“I was stopped in Castlefin but took a few back roads. When I got into Strabane I saw members of the British army carrying locals on their back through the floods as I waded up to my waist through the water taking pictures,” he said.
Back then everything was shot on film which had to be taken into the darkroom to be developed. Every shot counted.
“I still like to take pictures the old fashioned way. Danny bought me a few rolls recently but I got a shock when I went to get them developed. It cost 8 euro a roll,” he said.
Tony continues to take pictures and was in Finner Camp as the soldiers marched last week.
“I recently did a tractor run and a neighbour’s wedding pics so I keep my hand in. I’m just happy that modern technology is now allowing so many more people to see images – many of which have been lying in boxes gathering dust these past thirty to forty years.
He added: “I’m also thankful to Danny who said ‘you will be gone one day’ and nobody will see your pics. He gave me that final push that I needed.”