Advertisement
HomeBreaking NewsEmbracing the January blues and pinks and yellows…
Advertisement
WHAT started out as an idea to brighten up her January has turned a Donegal woman into an internet sensation.
Taryn de Vere decided on New Year’s Eve that every day in January she would dress in attire inspired by a household item.
So far the Ramelton woman has donned colours matching a bottle of sink unblocker, a carton of milk, a tin of Quality Street, a tube of toothpaste and a can of baked beans.
The colourful project quickly caught the public’s imagination and according to the writer, podcaster and public speaker, she has been inundated with messages from around the world.
“I set myself a challenge because I felt that January was going to be quite grim and that I would be stuck at home because I’m trying to limit my contacts. 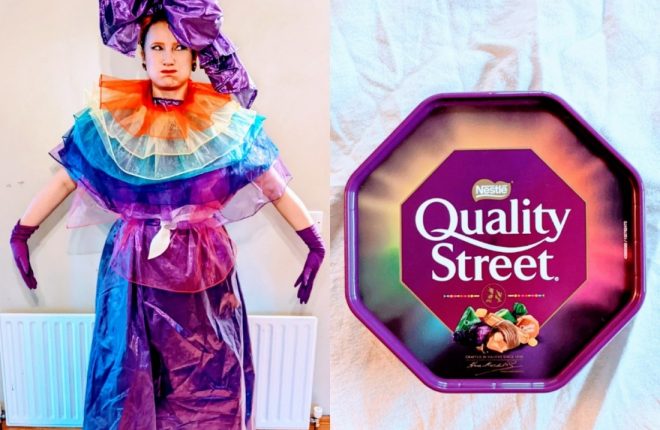 “Then I thought well I’m still going to have to put clothes on during the day and that it might be fun to draw inspiration from items I already have in the house.
“In my en-suite I have a bottle of drain unblocker so I thought I would try to represent the same colours and shape as best I could.
“I posted the pictures online and I never in a million years thought that people would get into it as much as they have. I’ve just been blown away by the reaction to it.”
The fun idea has drawn attention from all over Ireland but also as far away as Australia where Taryn has been invited to do an interview for the news channel ABC. 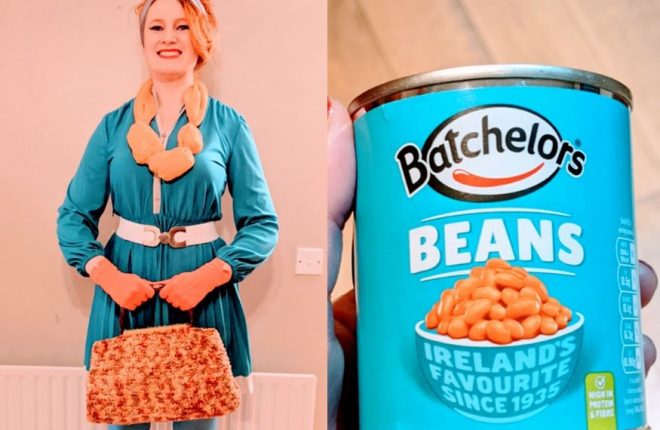 But it has also proved to be something of an unexpected learning curve for herself.
“What I’ve found very interesting is that it has made me style my clothes in different and more imaginative ways, putting together items and colours that I never would have before.
“The other part is that it is kind of making me really look at branding and look at how I experience shopping. I’m looking at how different companies present different products and I’m seeing things that would be fun to dress up as. It has definitely altered my shopping experience but it is also a bit of a sustainable project because I’m only using the clothes that I already own.”
Given the tsunami of feedback Taryn has hinted that her idea could go beyond January, possibly in the form of inviting members of the public to suggest items she might dress up as. 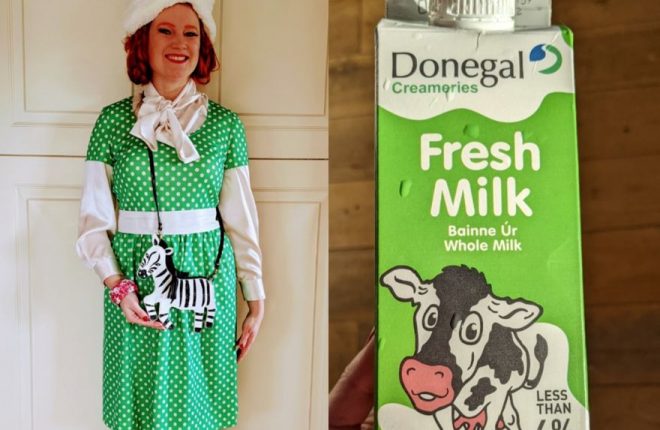 Say cheese…As a carton of milk.

“I am literally getting hundreds and hundreds of new followers with lots of people contacting me to say that it has become the highlight of their day.
“We’ll see how it goes but if people are still enjoying it in February I might put it out there and ask them to give me stuff in their houses that I could dress up as.
“I’m self employed and this is the first holiday I’ve given myself in two years. I’m a bit overwhelmed because this was supposed to be my own creative project and now I have everyone living it and on this journey with me.
“But it has been a lot of fun and I’m really enjoying it.”