Advertisement
HomeBreaking NewsBroadcasting to the world from Letterkenny hills
Advertisement

A LETTERKENNY pensioner’s love of music has led to him taking up a regular slot on a global radio station.
Hugh McLean (76) has a three-hour Monday night slot on Donegal Bay Radio which plays a wide range of American and Irish Country music, as well as classic hits and golden oldies.
The station is thriving and has DJs and listeners from countries all over the globe including Australia, New Zealand, Canada, America, Argentina and throughout Europe.
Established by Donegal woman Dee Brown in Calgary, Canada, ten years ago Donegal Bay Radio was taken over by a group of DJs after the St Johnston native emigrated to New Zealand.
“There are Canadian, European and Irish DJs involved and, between us, we keep it going online every night. I’ve the 5-8pm slot every Monday called the Hugh McLean Show – it took me all day to come up with that name,” he laughed.
A professional musician for more than fifty years, Hugh McLean played to Irish audiences in Camden Town and Cricklewood, and in every city where Irish emigrants have gathered throughout Britain in the 1960s and 70s.
He’s also played to full houses in Boston and Philadelphia as well as throughout Ireland during a career which started when he was asked to join the Willie Ponsonby Band in April 1963.
He fronted various bands during his career and recorded an LP with Evelyn and the Envoys and came to national prominence with the Mighty Avons when the single ‘The Leprechaun’ reached No 1 in the Irish charts in 1974.
He spent a brief spell with Knoxville, touring America, before he formed his own cabaret band ‘The Music Men’.
‘The Hitchhiker’ brought Hugh to national prominence again in 1988 when it earned him a Gold Disc for sales of 100,000 copies. A second Gold Disc followed a year later through his LP ‘Country Songs’.
“It was all tapes and LPs at that time and a lot of people bought records. There were no CDs back then,” he recalled.
Hugh McLean, who will celebrate his 77th birthday on Christmas Day, no longer plays music for money but continues to take part in the odd session.
“Last night, I took part in a Bluegrass session and played some jigs and reels but, like the radio, there’s no money involved. It’s just a hobby,” he said.
Hugh’s radio career started with NWCR in Buncrana in the 1980s and, more recently, he had a slot with Finn Valley Radio in Castlefin.
“It was the time Hugo Boyce was running NWCR and it was a pirate station. I left Finn Valley because I was finding it harder to get to Castlefin on cold, frosty nights. Here (Donegal Bay) I can transmit from home.
“I just set up a studio in the room. It doesn’t matter what the weather is like and even if I’m not feeling so good I can always just stick on a CD,” he said.
An unscheduled stay in a Galway Hospital meant that Hugh was off air for a few weeks last month but he’s looking forward to an uninterrupted run of shows throughout Christmas and the New Year.
“I get lots of requests from listeners all over the world, especially Irish people abroad who like to hear the craic from home. I play a lot of country and traditional Irish music – anything that they request. It doesn’t matter if it’s from the 1930s I can usually find it if I don’t have the CD,” he said.
“People also stop me in the supermarket and ask me to play songs while I’ve regular listeners in New Zealand, Australia, America and across Europe. They like to hear the place names from home – places like Drumkeen, Churchill and Raphoe – and to catch up on the gossip,” he laughed.
“While I have a radio licence to transmit Donegal Bay isn’t based in any one place. It’s online and comes from the home of whatever DJ is on at any given time. That could be me here in Letterkenny, Jim McIntyre in Sion Mills or one of the other DJs who come from all over the world,” he said.
“I’m from Letterkenny and have been living in and around the town all my life. The radio helps to keep my young. I’ve always had a good interest in music. It’s a nice hobby. Also you can play what you want. There’s no censors,” he smiled. 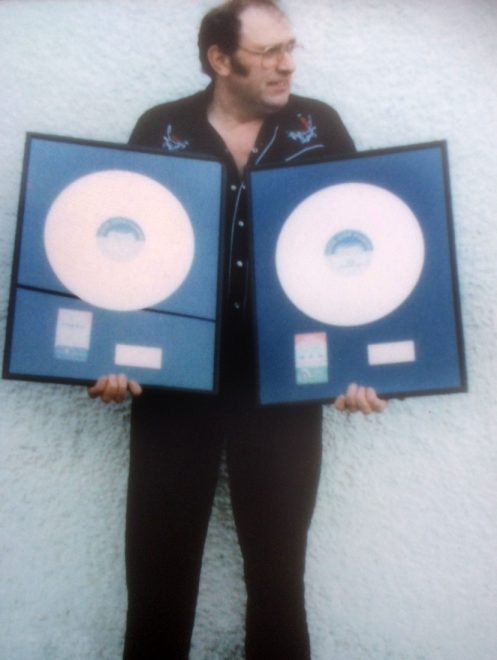 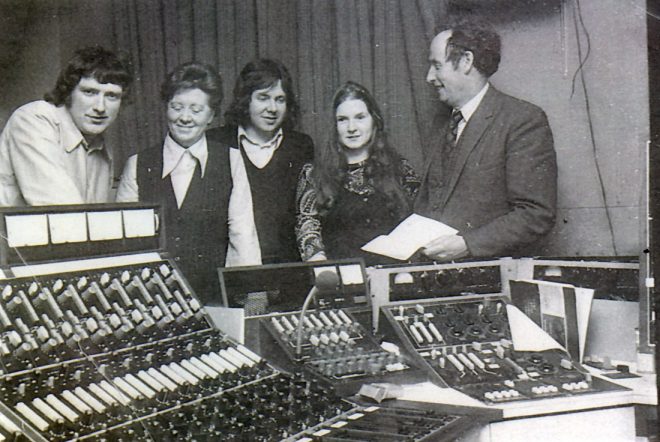 ‘Together Again’ – Evelyn, Hugh McLean and the Envoys

Evelyn will be joined by Hugh Mc Lean ‘The Hitchhiker’ who will be guest artist on the night together... 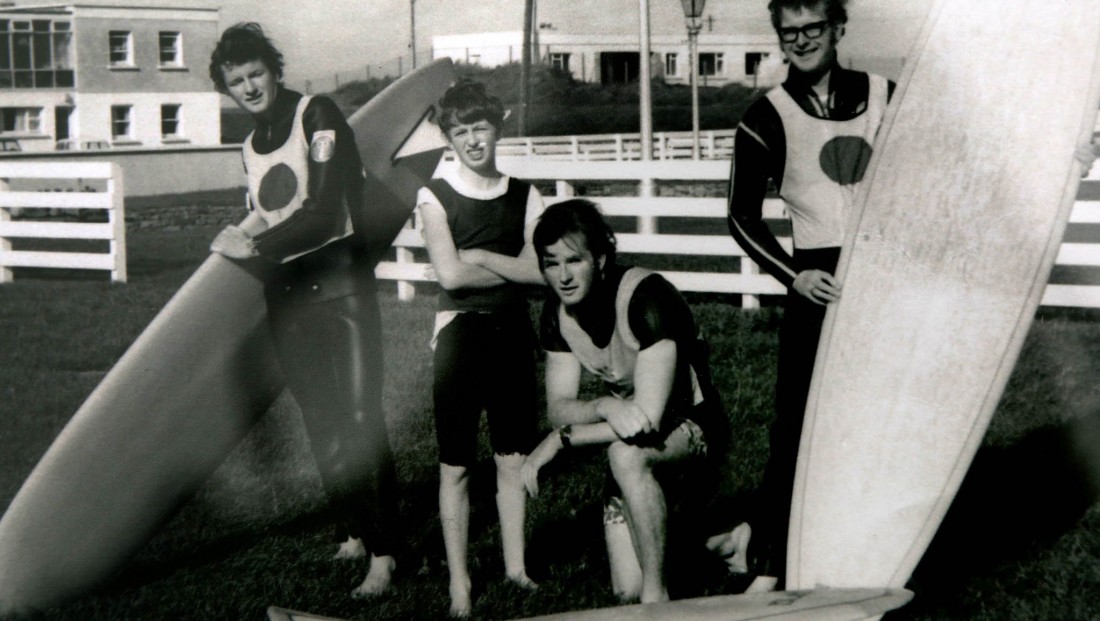 The Beach Boys of Rossnowlagh to be featured on RTÉ Radio

THE story of how four brothers in Donegal brought surfing to Ireland will be featured on national radio...