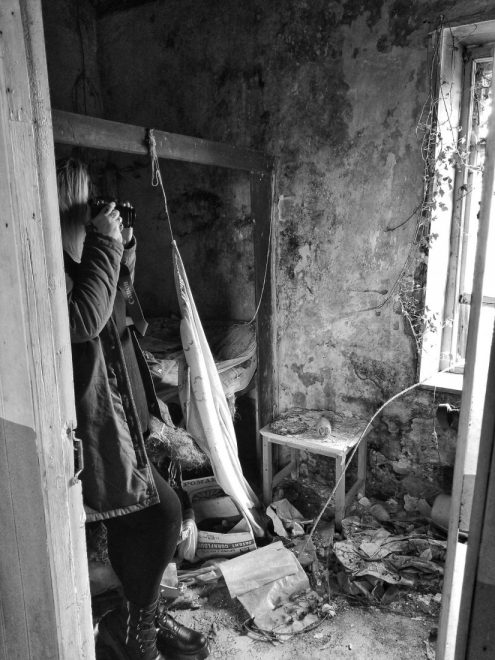 Capturing a moment behind the lens.

A WOMAN who is losing her sight has told her story behind a camera lens.
Donegal FemLENS is a powerful  photography exhibition which takes a glimpse into women’s perspectives on a number of topics including loss, lockdown emergence, women in farming, nature and mica homeowners stories. The exhibition was unveiled recently in Donegal County Museum.
When Donegal Women’s Network called on women to take part in the documentary project, Creeslough amateur photographer Melanie McGuirk jumped at the chance for two reasons.
The mum-of-four wanted to learn more about the skill, but, also, more poignantly, to encourage people to appreciate all they see around them. Melanie was diagnosed with Intracranial Hypertension in 2014. The disease causes Melanie much daily pain, and will eventually take her sight.
Speaking to the Donegal News, Melanie said: “My brain thinks it has a tumour, but it doesn’t. So it floods my skull with spinal fluid to try to flush out the tumour, it just sits there and then it flushes, and sits and flushes. And then I have to go for a lumbar puncture to drain off the fluid. I’ve had nine so far,” said Melanie.
Participants were asked to focus on one thing for the project, which, for Melanie, was ‘Living with  Intracranial Hypertension’.
“I wanted to get involved in the project because I love photography but also because I am losing my sight. I want to raise awareness with others to enjoy the things they see, all the faces and beautiful scenery.”
Melanie’s exhibition looks at what it’s like to live with chronic pain and to this end, she has photographed herself laying on a bed of nails.
“I’m being sent for Botox injections into my scalp to freeze the nerve endings in my head. I’ll have 22 injections in total, and I have to have 10 sessions.
“Eventually when I am starting to go blind, I will have to have brain surgery and have a stint placed in my skull and draw the fluid to my stomach. It’s a major operation and could restore my sight, but it also might not work.”
But, Melanie’s photographs also highlight the people and things that help her get through her day.
“I photographed my saviours –  my four children, Megan, Liam, Holly and Beau and my two Jack Russell dogs, Bindy and Suki. Bindy is 14 and she has been with me through the whole thing, always by my side.”
Despite her challenges, Melanie is unstoppable.
“I won’t let it stop me. I still run my business, I’ve been to Auschwitz, twice, and Chernobyl, on my own against my doctor’s orders. I think women are warriors.
“I’m going to keep enjoying life because the world is so beautiful to look at. And the thought of losing last sight is devastating to me. So please, appreciate it, look around you. Take it all in. The colours, the scenery, the faces of the people you see. It’s just so amazing.”
The project’s aim was to amplify women’s voices through the powerful tool of documentary photography. It was completed online  due to Covid-19, with participants using their mobile phones. Over a number of months’ women from Donegal and Dublin learned about photography techniques, editing and sequencing all using a mobile phone to capture and tell stories.
The exhibition is being well received. It runs until the end of this year in Donegal County Museum, and it’s then hoped it will be displayed in other venues around the county.
As well as learning new photography skills, Melanie said she has made lots of new friendships.
“We now have a WhatsApp group and when I was in hospital recently the women were messaging me. I have definitely found many new friendships.”
For now, Melanie is looking forward to Christmas with her family. 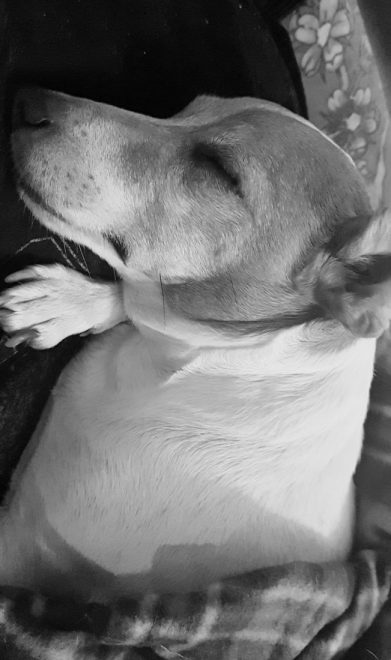