Advertisement
HomeBreaking NewsLarge scale musical event to mark 1,500th anniversary
Advertisement
ONE of the Ireland’s best-known composers is putting together the final pieces for a large scale work to mark the 1,500 anniversary of St Colmcille.
Vincent Kennedy has written twenty individual pieces that go together to make up ‘Colmcille, Dove of Peace’ which will be performed at An Grianán on Sunday, December 5.
The work will be performed by the Donegal Youth Orchestra with soloists, narrator and the Donegal Youth Choir.
Vincent Kennedy lives in Dublin and has had his music performed by the RTÉ Symphony Orchestra and the RTÉ Concert Orchestra and lots more at home and abroad. He’s been a regular visitor to Donegal since taking over as conductor with the Donegal Youth Orchestra in 2008.
Speaking to the Donegal News, he said that he finds it inspiring to write for people and ensembles that he knows.
“I knew about St Colmcille because where I live in Dublin here is right at the edge of the city and a lot of the area around here is named after him, including a well at Knocklyon that people have visited for a couple of hundred years. It’s been a journey of discovery.
“I have composed a piece that has twenty individual movements and I’m using a combination of the orchestra, the choir, soloists, traditional instruments and a narrator to convey the story of Colmcille,” he said.
There are movements named ‘Birth Cloak’, ‘Monasteries and Chieftains’, ‘Nessie” (the first record of the Lough Ness monster is in St Eunan’s ‘biography’ of Colmcille), ‘Iona’ and more.
The composer’s original plans included a choir of about 500 people recruited from all the parishes and clans of Donegal and to perform it outdoors – possibly in Gartan.
However, due to Covid and the restrictions, the plans had to be reworked a number of times while live rehearsals were delayed until the end of September.
“It had to be rehearsed separately by the groups and soloists before we could all finally come together. It’s been interesting,” he explained.
“While zoom might be good for meetings it’s no use for music. There’s nothing online that will allow musicians to simultaneously play together,” he added.
Rehearsals take place each weekend at Errigal College.
“It’s got a big hall and we’ve been able to keep the doors open as the weather has been so mild. It’s always enjoyable working with the people of Donegal. They’re wonderful and there’s been great support in the county ever since I won a commission in 2007 as part of the Peace Process that was based out in Gartan with young people from both sides of the border. The following year I took over as conductor of the Donegal Youth Orchestra,” he said.
“I’m a full-time composer and conductor but the problem is there has been very little live music. The last live concert I did was on March 8, 2020. I was supposed to do a concert on November 30 in the National Concert Hall but that has been cancelled because of the Covid situation.
“You have to be philosophical at this stage. It will be great if An Grianán goes ahead next month and yet understandable if it has to be deferred.
“At one point, Colmcille himself had to return from his studies to Donegal because of a pandemic in his own lifetime and here we are, 1,500 years later, with another one,” he said.
The soloists are soprano Sara Laughlin, tenor Aodhán Gavigan, harpist Nodlaig Brolly and uilleann piper Paul Gillespie. The narrator is Megan Armitage.
This of the centrepieces of the Colmcille 1500 celebrations, and will be performed at An Grianán on Sunday 5th December (3pm), two days from what’s thought to be Colmcille’s birth date. 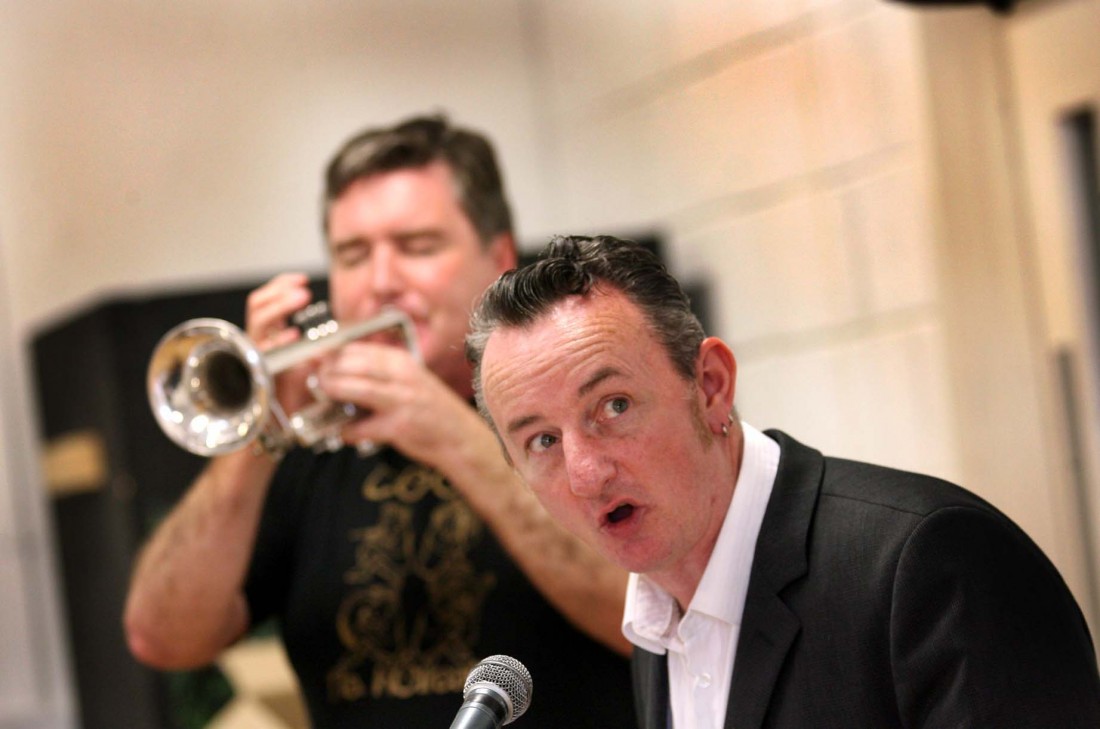 The Happy Prince returns to An Grianán this weekend

THE Rathfarnham Concert Band, a National Band Championship prize winner, makes a welcome return to Donegal this weekend where...