Advertisement
HomeBreaking News‘I am the king’ declares defendant
Advertisement
A Galway man has told Letterkenny District Court that he is the king and Judge Raymond Finnegan is “a public servant”.
Antonio Meruddu (44) Of The Headford Arms, Headford, Galway, appeared in court on Monday after being pulled over by Garda Michael Kilcoyne and charged with no insurance, having a false regulation mark and failing to provide information.
The red Alfa Romeo he was driving had the number plate ‘The I Job’ instead of the proper registration number.
The offences are alleged to have taken place at Meencarragh, Ballybofey, on October 23 this year.
The defendant hit the headlines in September when he was videoed telling Dungloe man and former election candidate Joe McCarron that he should leave hospital, despite him being gravely ill with Covid-19. Mr McCarron subsequently died from the virus.
When his case was called on Monday Meruddu said he did not give the court jurisdiction to judge him. 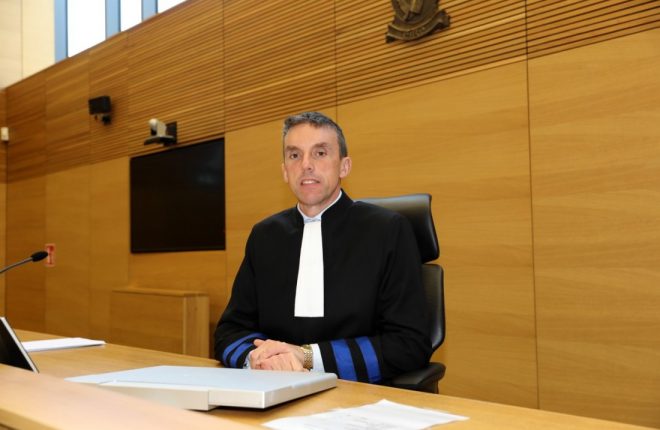 Judge Raymond Finnegan strongly advised the accused to seek legal assistance. The defendant said under no circumstances would he be doing so and that he would be representing himself.

He was then asked if he had legal representation to which he replied that he would be representing himself.
Wearing a suit, grey coat and without a face mask, the 44-year-old said he was in court to claim back items that had been “stolen by gardaí in the station”.
He then attempted to hand Judge Raymond Finnegan paperwork but was told that it would not be accepted.
Meruddu reiterated that he was not giving the court consent to try him.
“I am the king, you are the public servant,” he said before leaving the courtroom.
The case was adjourned until December 13 with Garda Jim Collins adding that further charges could be on the way.