Advertisement
HomeBreaking NewsGaoth Dobhair musician wins An tOireachtas song contest
Advertisement
A Gaoth Dobhair sean-nós musician has been named this year’s winner of the An tOireachtas’s Newly Composed Song competition.
Doimnic Mac Giolla Bhríde picked up the €1,000 first prize along with a bonus €500 for his piece Dhá dTrian Catha an Misneach (Two Thirds of the Battle is Hope).
Regarded as one of the finest sean-nós artists in Ireland, Doimnic is possibly better known for writing melodies than songs. But it was in the category of Solo Singer that he impressed judges Fiachna Ó Braonáin, John Spillane and Mairéad Ní Mhaonaigh.
“I haven’t written that much, maybe three or four songs, so it was fairly new for me,” said the musician.
As a composer Doimnic founded Cór Thaobh an Leithid, a four part choir in the Donegal Gaeltacht made up of the finest sean-nós singers in the area. He is also involved with choirs in Belfast and in the Tyrone town of Coalisland.

Throughout his career the Gaoth Dobhair man has released five CDs as well as a number of books and CDs for children. 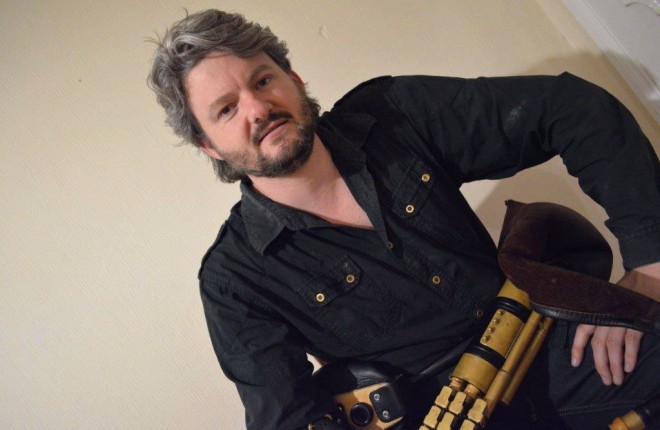 Doimnic with a set of pipes – just one of the many instruments he has mastered.

Doimnic’s contributions to music and culture were recognised in 2009 with the Corn Úi Riada, the highest accolade in Ireland for sean-nós singers.
The Newly Composed Song competition was held during this year’s Oireachtas na Samhna virtual festival as an alternative to the normal competitions held each year.
“Normally at this time of the year our festival-goers are busy composing songs and writing new lúibíní, sketches and so on,” said Louise Ní Dháibhéid, Bainisteoir Imeachtaí and Foilseachán.
“We wanted to give our loyal followers something to work towards this year as we didn’t host the usual traditional performing arts competitions.”
The deadline for entries was October 15 and almost 40 entries were received over the two categories of Solo and Group.
The judges then drew up a shortlist of eight songs in the solo category and three in the group section.
The final was held in Áras Chrónáin, Clondalkin and was broadcast on social media and on www.antoireachtas.ie in partnership with Molscéal, TG4.
“It was a bit of a departure for me but winning also gives you misneach, hope,” Doimnic added.
YOU CAN LISTEN TO THE GAOTH DOBHAIR MAN’S WINNING ENTRY HERE: https://doimnicmacgiollabhrde.bandcamp.com/track/dh-dtrian-catha-an-misneach