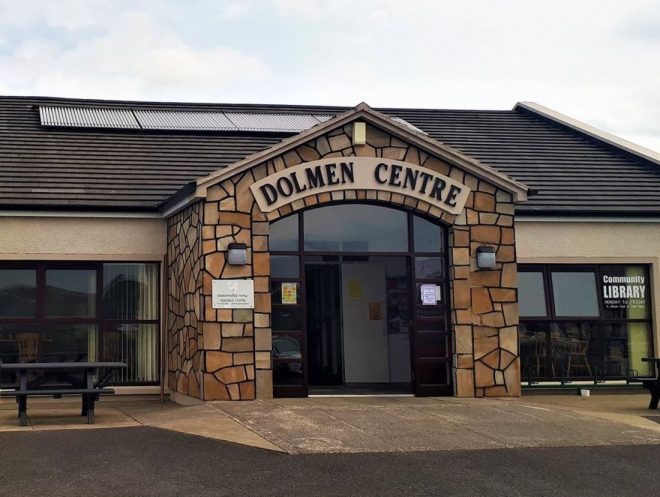 THE restoration of thatched cottages on the Wild Atlantic Way in recent years has led to plans to open a school in Donegal devoted to the ancient craft of thatching.
The promoters, Narin, Portnoo, Rosbeg Community Co-Operative Limited, say that the thatcher traineeship course in The Dolmen Centre will be the first of its kind in Ireland.
Last week, plans to develop a thatching school in Portnoo were lodged with Donegal County Council.
It comes as more and more traditional cottages are being completely revamped in sympathy with their original style, re-thatching the roof and installing oil-fired central heating.
However, it’s not easy to gain thatching experience in Ireland and some Irish thatchers avail of training in the UK where they run both residential and non-residential courses.
Leonard Molloy, chairman of The Dolmen Centre, confirmed that they have taken the first steps in their next exciting project, the construction of a thatching school.
“We hope to apply for funding should our application be successful, and look forward to the positives it will bring to the area.
“One of our founding members Conal Shovlin first had the idea about twenty years ago but it never got off the ground but this time around it appears to be gaining traction. The funding bodies see there is a dearth of skilled tradesmen out there and it looks like they might be willing to support us now,” he said.
Master thatcher, Ivor Kilpatrick, from Raphoe, is following in the footsteps of his father, Billy. He has also introduced his son, James, to the family business and grows his own thatching materials of rye, flax and wheat.
Thatching keeps the Kilpatricks busy twelve months of the year and they can be found on roofs most days unless the weather is too wet or snowy.
“Each roof is different and can take three to four weeks to complete. They are have their own characteristics but you’ll find that they’re neither square nor parallel. It’s slow work,” he said.
Ivor said each part of the county has its own style of thatching, depending on prevailing weather conditions.
“In coastal areas, the thatch is more shallow and is applied more frequently using a ‘laying on’ style and covered by wire mesh,” he said.
“In eastern and central Donegal, the thatch is applied to the roof in greater depth and scollops (made from sally rods) are used as pegs to hold it in place. In coastal areas, the roofs are more barrel shaped to deflect the high winds and, inland, you’ll notice more apex thatched roofs. The type of thatching depends on the local climate and can last from between 12 and 18 years before it needs replacing.”
With only a limited stock of houses to be thatched in the county, there is a danger that thatching skills are being lost.
“There’s a distinct thatching style in every county while there’s also the English style with its distinctive hip roofs and windows. If you want to learn the skill you have to go to England and this would be the first thatching school in the country.
“There are still quite a few thatchers around the area but they’re all of an age. We’ve already been in contact with a few regarding the course as the funding bodies do seem to be supportive of our idea,” Mr Molloy added.
“We’re seeking permission to erect a shed for the purpose of a thatching school at The Dolmen Centre. We have the space and it won’t affect the swimming pool project,” he said.
Anyone interested in having their house thatched can avail of Thatch Repair Grant Scheme which is administered by Donegal County Council.
The scheme provides advice to owners on the conservation of thatched roofs, allocates funding for small-scale thatch repairs and helps homeowners carry out necessary repairs under conservation supervision.
A grant of up to €3,810 or two thirds of the approved cost (whichever lesser) may be payable towards necessary works to renew or repair the thatched roofs of houses. A higher grant (up to €5,714) may be payable for houses on specified Islands. For Medical Card holders, the maximum grant is €6,350, or up to 80% of the approved cost (€8,252 for Islands). 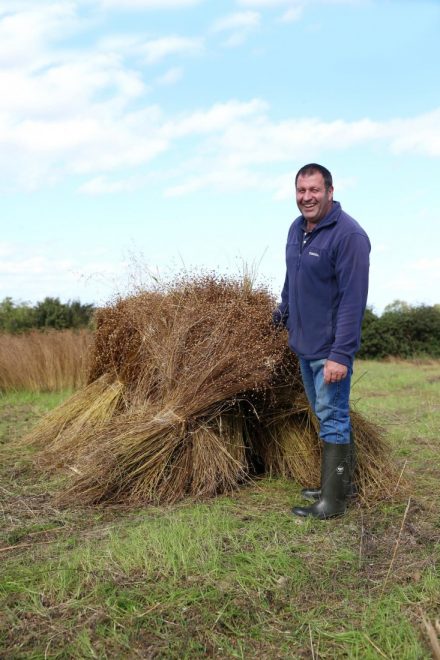