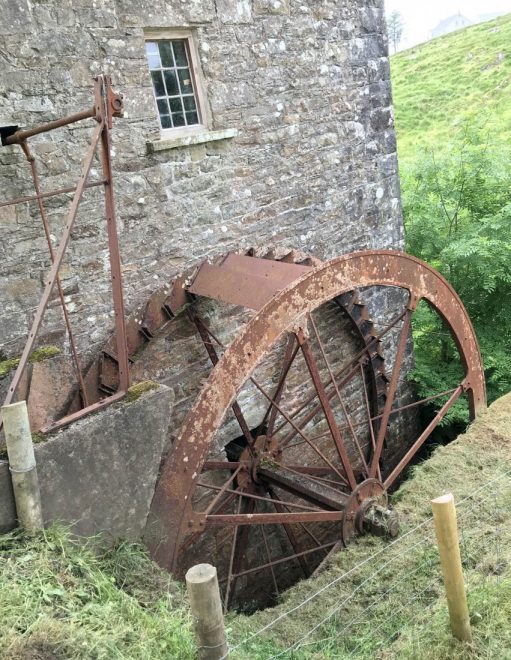 DEPUTY Joe McHugh will perform the official opening of a €250,000 car park in Kilcar on Saturday.
The construction of the car park and access route is part of the Leitir Corn Mill Conservation Project to conserve the mill and re-develop it as a working heritage mill.
The first phase was completed last month allowing work to commence on rebuilding the mill-wheel and repairing the internal machinery.
There will also be a guided tour of the mill and a walk along the riverside walk on Saturday from 2pm.
Dating back to the early 19th century, the mill located on the Glenaddragh river in Kilcar, catered for the corn growers of the parishes of Kilcar, Glencolmcille and Killybegs.
Farmers from parts of Ardara also travelled to the mill to have their corn ground into oatmeal.
The Leitir Corn Mill Conservation Project was launched in 2015 and was divided into 5 phases.
The stabilization of the mill and drying kiln buildings and the development of a river walk have been completed while the car park forms phase 3.
Rebuilding the mill-wheel and repairing the internal machinery and refurbishing the 19th century miller’s cottage to include café and souvenir shop make up phases 4 and 5.
Dating back to the late 1700s, the mill was refurbished around the famine time and refurbished again in 1862 when the new kiln and machinery, which came from the Stevenson foundry in Strabane, were installed.
While traditional mills received a big boost during the war years, shops by then had stocks of fine white flour and with people gravitating towards flour the old mill ceased trading.
Although it has remained closed for the past 67 years, few of Ireland’s traditional corn mills have survived to the present day with the level of preservation and intactness of Leitir Corn Mill.
As part of the conservation project, the mill and kiln roof has been replaced, using as much as possible of the original blue Bangor slates. New floors were installed in the kiln loft and milling floor while windows and lintels were replaced or refurbished.
The wood and stone flag floor of the kiln head pit floor was replaced to its original condition; new stairs were installed in the kiln and the beams in the mill were refurbished where necessary. The miller’s house was also re-roofed.
The new River walk, repair of the head race, mill dam, race sluices and associated landscaping was completed with the aid funding from FLAG (BIM) €35,000 and L.A.W.P €5,730.
The groups also received LEADER -Údarás na Gaeltachta funding of €183,424 towards the new car park while they have also secured a Bridging Loan from WDC (Western Development Committee) of €75,000.