Advertisement
HomeBreaking NewsClann Mhic Ruairí to support The Waterboys
Advertisement
CLANN Mhic Ruairí say they are over the moon at being invited to support the legendary Waterboys as part of their upcoming Donegal gig.
The Scottish folk rockers behind hits such as Whole of the Moon and How Long Will I Love You will play Gaoth Dobhair on Halloween night.
There with them will be west Donegal five piece Clann Mhic Ruairí, made up of brothers Tony, Aodh, Sean, Dónall and Tony’s daughter Megan.
Raised on songs and stories of the Rann na Feirste Gaeltacht, Clann Mhic Ruairí have carved themselves a reputation as one of Ireland’s foremost trad outfits. Despite their many successes though, Dónall Mhic Ruairí said getting to link up with The Waterboys was something of a dream come true.
He told the Donegal News how Clann have been lifelong admirers of Mike Scott’s band and have in many ways been inspired by them.
“We have been inspired by them in that we ourselves try and present songs from the local area, songs from the north west of Ireland and give them a fresh spin and present them in a new way. The Waterboys were forerunners in that respect as they took songs like the Raggle Taggle Gypsy and Irish traditional tunes, and blended them into their repertoire. 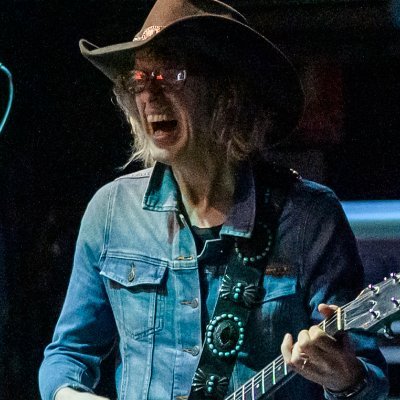 “They have that real soulful trad feel in much of what they did, take for example ‘A Bang On The Ear’ or ‘When Will We Be Married’. What we do as a band is try and stay tied to that traditional style that we were brought up on and bring music from this corner to the world further afield and to a wider audience.
“That is what The Waterboys have been doing for years and it gives us the confidence to know that we can travel internationally with music from our small area here in the Gaeltacht.”
While undoubtedly a huge honour for Clann Mhic Ruairí, the invite to support the Scottish rockers was not entirely unsurprising.
Earlier this year a rendition of The Whole of the Moon released by band member Megan drew praise from Mike Scott. After posting her version of the classic to Twitter the Waterboys frontman wasted no time in applauding it.
“Sounds like a great version,” he replied before sharing Megan’s take on the Ivor Novello winning hit with his 30,000 followers.
“Myself, Tony, Aodh and Sean, we are delighted to get this opportunity but Megan is particularly excited,” said Dónall.
“We, being that bit older, have been lifelong fans of The Waterboys but Megan is still in her 20s. So to get to support a band she listened to with her dad Tony as a child is particularly special.”
Tickets for The Waterboys in Gaoth Dobhair are still on sale priced at €44.90. They can be purchased from www.eventbrite.co.uk