Advertisement
HomeBreaking NewsBallybofey musician tuning up to help mica families
Advertisement
A Donegal musician is donating all proceeds from his upcoming Christmas single to families caught up in the mica crisis.
Thomas Bonner made the generous decision after listening to the plight of some of the thousands of people whose homes are crumbling around them.
The Ballybofey man will launch his aptly named festive tune ‘The Kindness of Strangers’ on November 19. Every penny the song makes will be handed over to the good cause.
Thomas said, “I was listening to Michael Doherty and Paddy Diver on Eamon Dunphy’s ‘The Stand’ podcast and when they talked about how this is impacting their families, especially their children running terrified and crying from their beds at night, I found it so heartbreaking.
“I decided then I had to do something. And this is what I can do.”
With the backing of businesses throughout Donegal singer songwriter Thomas plans to release between 500 and 600 physical copies of The Kindness of Strangers. They will be distributed to various shops and outlets and sold at €10 per CD. The song will also be available via the online platform Bandcamp, again for €10. 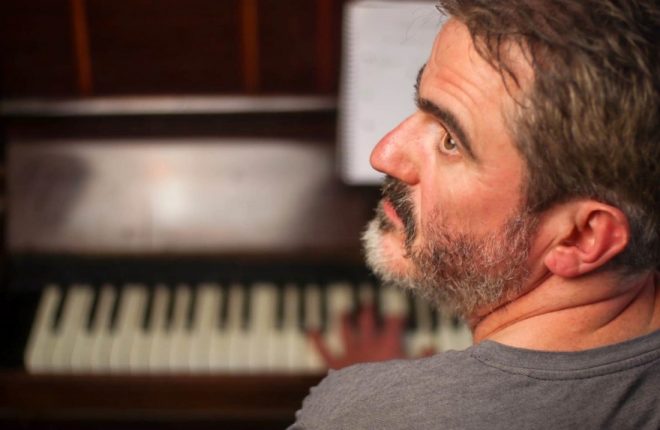 Thomas has been hard at work on a number of projects but Kindness of Strangers, out in time for Christmas, promises to be bigger than anything he has ever done.

The song itself is set to be a big production. With a four piece band and violinists, it is set to be larger than anything Thomas has done before. The festive hit will also be accompanied by a video, produced by Michael Gillespie.
As well as the releasing the single, a Go Fund Me page will be set up, again with all donations going to the mica families.
“It’s an honour to be able to do something for those affected by this crisis,” said Thomas.
“I know people will step up to the plate on this and if, for example, someone buys two CDs, that €20 could pay for a Christmas dinner or a child’s toy. I’m not saying families can’t afford it but there is a good chance they are they are channelling all their finances into maintaining their homes.
“Neither is this about blaming anyone for what has happened. It’s simply about trying to help. Even the title of the song, The Kindness of Strangers, it ties in with what we are trying to do here. It’s a no brainer for me really,” added the musician.
To keep on eye on Thomas’s progress and future projects, go to https://www.n1m.com/StrawManArtist or check out his Facebook page.