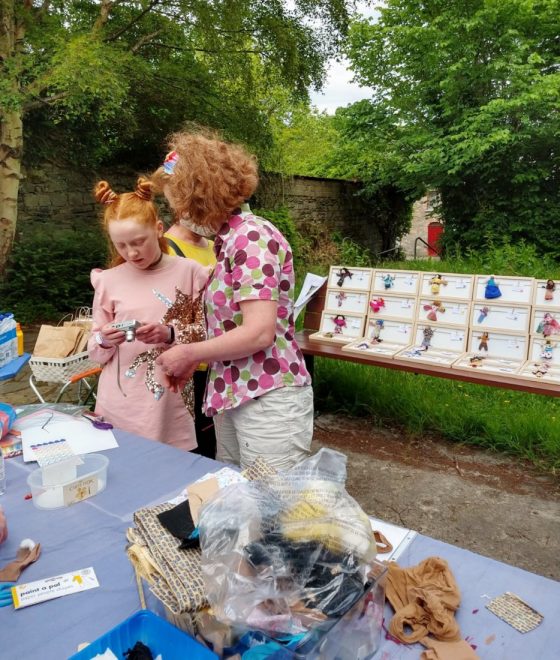 Breege Doherty and her daughter Catherine Rose with some of the items.

A GROUP of volunteers are quietly working to assist asylum seekers settle into their new lives in Letterkenny.
Last week, the group provided back to school assistance to 94 children and their families living in direct provision at a former student accommodation centre in Letterkenny.
More than 45 families from South America, Asia, Africa and Eastern Europe have moved to the facility at Port Road since it was opened in March.
The initiative, which has received financial support from Letterkenny Lions Club and local business as well as from a number of private individuals, saw Shop LK vouchers being distributed to families.
School bags, uniforms and stationary have also been given to children who started national school in Illistrin, Ballyraine and Scoil Cholmcille as well as a number of secondary schools.
Mary Ryan, of Amnesty International Letterkenny, said the Donegal community had responded “really well” to their appeal.
“Those living in direct provision with children have the same changing needs as children grow as the rest of us but, unfortunately, they don’t have those local connections and money is tight.
“At the end of July, we decided to put out a call for school supplies – second hand uniforms and stationary.
“One of our group lives in Falcarragh and she received support from businesses all over West Donegal as well as donations from Tory,” she said.
Closer to Letterkenny, the Lions Club gave the group sponsorship as did a number of local businesses.
“One company, in particular, gave us some very generous sponsorship and, overall, a sizeable sum of money went towards helping the people in direct provision,” Ms Ryan said.
“It allowed us to get uniforms and school bags – which we distributed before the children started school – while any money collected was given out in the form of Shop LK vouchers which means that it stays in the community.
“Some families have two or three children going to school. It’s an expensive and worrying time and we’re only too happy to be able to lend a hand. It’s great to see the local community coming together to try and help people out,” she said.
Earlier in the year, local Amnesty members presented framed dolls made at an outdoor workshop to each family in the direct provision centre to celebrate World Refugee Day.
“We all would like our children to be able to start school with what we need and thanks to the generosity of the local community we’ve been able to help out these families who have come to Letterkenny from all corners of the world,” she said. 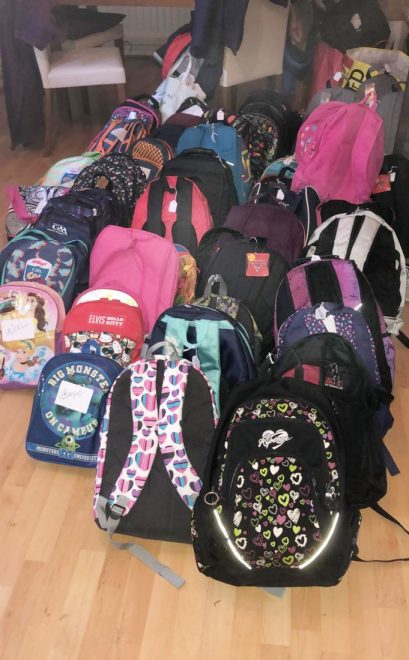 Some of the schoolbags which were handed out to children starting school in Letterkenny last week.