TONY McNamee struck a late winner as Bonagee United eked out a dramatic victory over Finn Harps Under-21s in the Ulster Senior League.

A summer recruit from Harps to Bonagee, McNamee repeated trick from a couple of weeks ago when gunning down his former club in the League Cup.

McNamee netted twice as Jason Gibson’s side came from behind to win.

Trailing through Adam McCarron’s goal after the hour, Bonagee looked in bother, but McNamee netted a penalty in the 77th minute before bagging the decisive strike on 89 minutes.

McNamee began to make the incision in the final third and after sweeping the ball to the foraging Jack Parke on the right, the Ramelton man was on hand to tuck into the bottom corner from the return pass.

McCarron, who saw a first half penalty repelled by Shaun Patton, headed in from close range on 66 minutes after Luke Rudden nodded into his path to put Harps in front.

Bonagee, though, drew level with a penalty of their own 11 minutes later when McNamee tucked home after Jack Parke drew a foul in the area.

Harps had a golden chance to open the lead in the 27th minute when referee Packie Coll pointed to the spot after deeming Conor Black to have been fouled.

Harps captain McCarron saw Bonagee goalkeeper Patton save his penalty, the home number 1 going down to his right to get a firm hand behind the effort.

Stephen McNutt’s Harps fashioned a decent opening in the 14th minute, Jamie Harris just unable to keep his header on target from Jack Mullan’s searching cross from the right.

After Patton thwarted McCarron, Bonagee went close, but Micheál Doherty flashed wide with a header having been teed up by McNamee.

Early in the second half, McNamee forced a superb save from replacement goalkeeper McGarvey – who came on for Shea McBride-Friel at half-time – from a free kick while Doherty thundered wide from 20 yards as Bonagee began with some intent.

They fell behind but, spurred by McNamee, an off-colour Bonagee found a way. 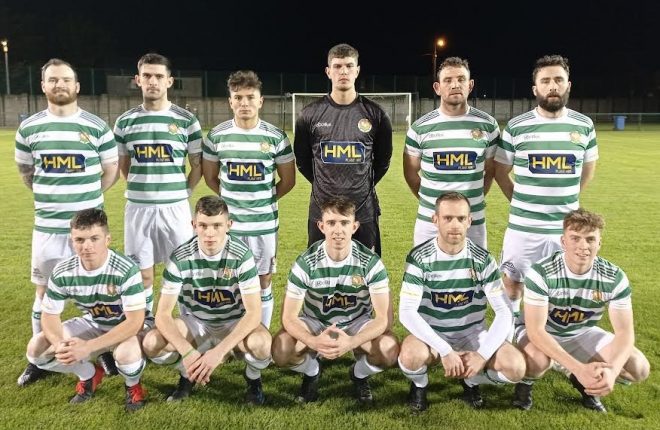 AFTER an even opening, Cockhill hit the front when Finn McClure’s cross was headed home at the back post by Garbhan Friel.

Cockhill were on top and could have added a second when Caolan McColgan hit the bar after an advantage was played on the right hand side.

McColgan had another chance when pressure from Friel forced an error in the Derry defence but he hesitated and Jack Lemoignan saved.

Patrick Ferry looked dangerous for Derry and dragged a shot wide before having a snapshot narrowly over after he reacted first to a free kick.

Derry equalised when a ball into the left channel released Ferry whose low cross was converted by Mark Mbuli.

Cockhill responded with a Corey McBride run but he was indecisive and the chance was gone.

The last chance of the half fell to Derry when they worked the ball to the edge of the box where Jack Malone’s shot was tipped over by Daniel Houghton.

The second half started scrappily, the first chance coming on 59 minutes when a quick corner from Cockhill found Garbhan Friel but he scuffed the shot.

Cockhill re-took the lead on 62 minutes when Laurence Toland, having only come on as substitute, produced a sumptuous first time finish to the far corner from the inside left position after good work from Jason Breslin and Caolan McColgan.

Derry were still well in the match with Mbuli going close with a shot that Houghton saved at his near post.

Derry equalised for a second time on 73 minutes when Orrin McLaughlin struck a free kick over the wall from the edge of the box.

Parity was short lived when Cockhill struck for the winning goal on 77 minutes, Caolan McColgan made ground down the right crossing to Friel whose effort but the bar but Corey McBride was on hand to force the ball home from close range.

Cockhill saw the game out after this to get their title defence off to a winning start. 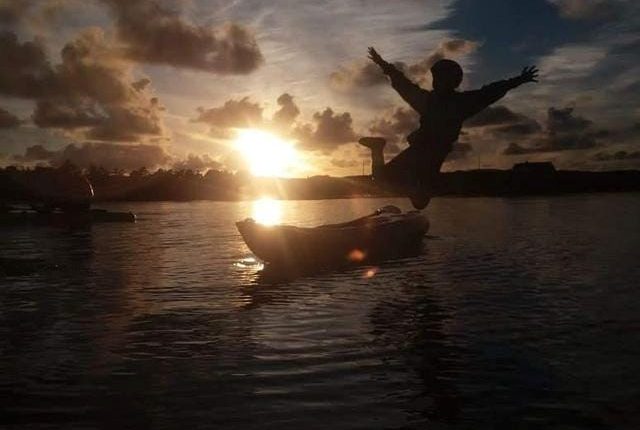 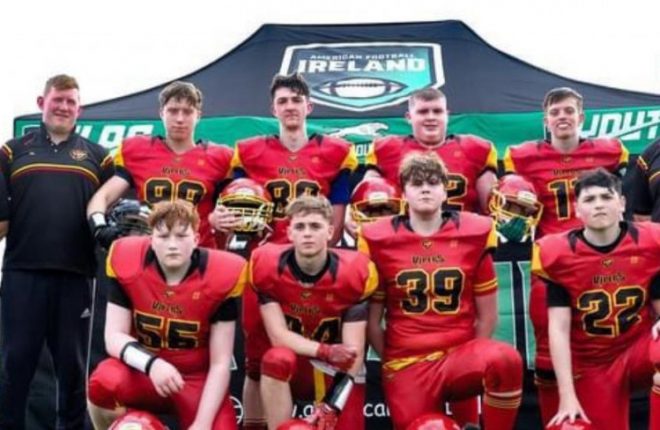 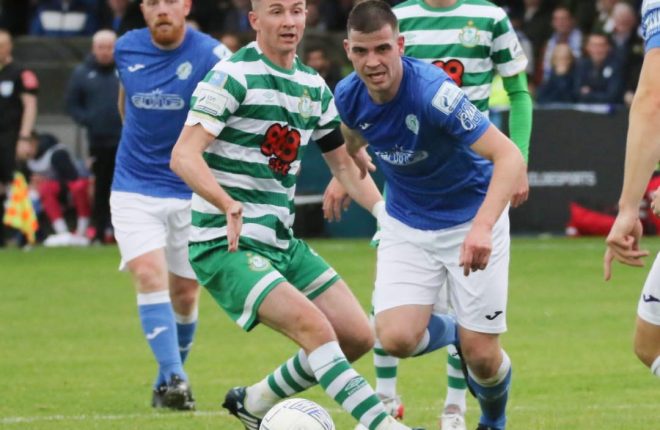