Advertisement
HomeBreaking NewsA South African couple, the museum and a dog
Advertisement
Few of us could say our family’s ancestors were responsible for breeding a famous canine, but South African man Glenn Van Rooyen can. The
He was in Donegal on holidays with his wife Suzanne when a chance conversation with Caroline Carr at Donegal County Museum in Letterkenny unearthed the most fascinating history.
Glenn arrived in Ireland two weeks after the terrorist attacks of 9/11 in the United States with just a suitcase. The family now live in Dublin, where Glenn works in pharmaceuticals and Suzanne in health care.
When in South Africa, the family had a beloved Rhodesian Ridgeback dog named Prince, continuing the tradition set down by Glenn’s ancestors. Cornelius Johannes Van Rooyen (Nelis) was a hunter, rancher and breeder the Rhodesian Ridgeback, which became known as the ‘Van Rooyen’ dog.
The larege sized Rhodesian Ridgeback emerged from several breeds bred in the South African region to hunt large game, including lions. Its forebears can be traced to the ridged hunting and guarding dogs of Khoikhoi, which were crossed with European dogs by the early colonists of the Cape Colony of Southern Africa.
Speaking to the Donegal News, Glenn said: “In 1820 settlers arrived in South Africa and some of my forefathers were part of those settlers.  They moved up through the country and settled where they could find grazing land for cattle. Near Kruger National Park is a river with a kink in it called Van Rooyen’s neck, and they settled more or less there. They had major problems with lions attacking cattle so they bred the dog, the Rhodesian Ridgeback.
“It became known as the Van Rooyen dog and they were so successful in protecting the herd that the other farmers in the area who had the same difficulties would say, ‘we want one of those Van Rooyen dogs’.
“My father’s family for generations back to the 1840s have bred the dogs. In fact, the Van Rooyen family crest features two Rhodesian Ridgeback dogs.”
Glenn and Suzanne spoke of their own Rhodesian Ridgeback dog, whom they had to leave behind in South Africa when they came to live in Dublin.
“They are beautiful dogs with a very good temperament. We gave Prince to my aunt when we were leaving South Africa as we didn’t know where we would be living when we arrived. He was seven when we left and he lived to be 14. My brother also continued the tradition for a while. They are still a popular dog in South Africa. They’re very easy to train, they don’t bark and they’re very quiet dogs, even in attack,” said Glenn.
The couple rescued a dog just before lockdown.
“We had three dogs when we were in South Africa.  We had a Labrador, we had Prince and Bonny, our Maltese rescue dog.  We have a rescue Cross-Collie dog now. We got him when Covid started after someone dumped him in a field and our daughter brought him home. He’s called Badger as he has a white nose. He’s a cross-Collie. He’s 17 months old,” said Suzanne.
The couple decided to move to Ireland when Suzanne’s father, from Waterford, became ill. Although the climate was somewhat of a shock at first, the couple said they and their children excelled.
“If we had of known then what we know now we would have come sooner. Our kids have all done well from education here. I got into pharmaceutical, my son is in pharmaceutical for Pfizer in Dublin where they are making the vaccines, my daughter is a doctor in food science and our other daughter is in HR. We don’t think they would have had the same opportunities in South Africa.”
Glenn and Suzanne spent a few days touring Donegal before heading back to the capital.
“It’s our first time to visit Donegal. We usually go to Spain or Portugal but decided on a staycation this year. A woman I work with always comes to Donegal and highly recommended it to me. We’re really enjoying it so far,” said Suzanne.
Among the attractions the couple were hoping to enjoy was a visit to Wild Ireland nar Bridgend. 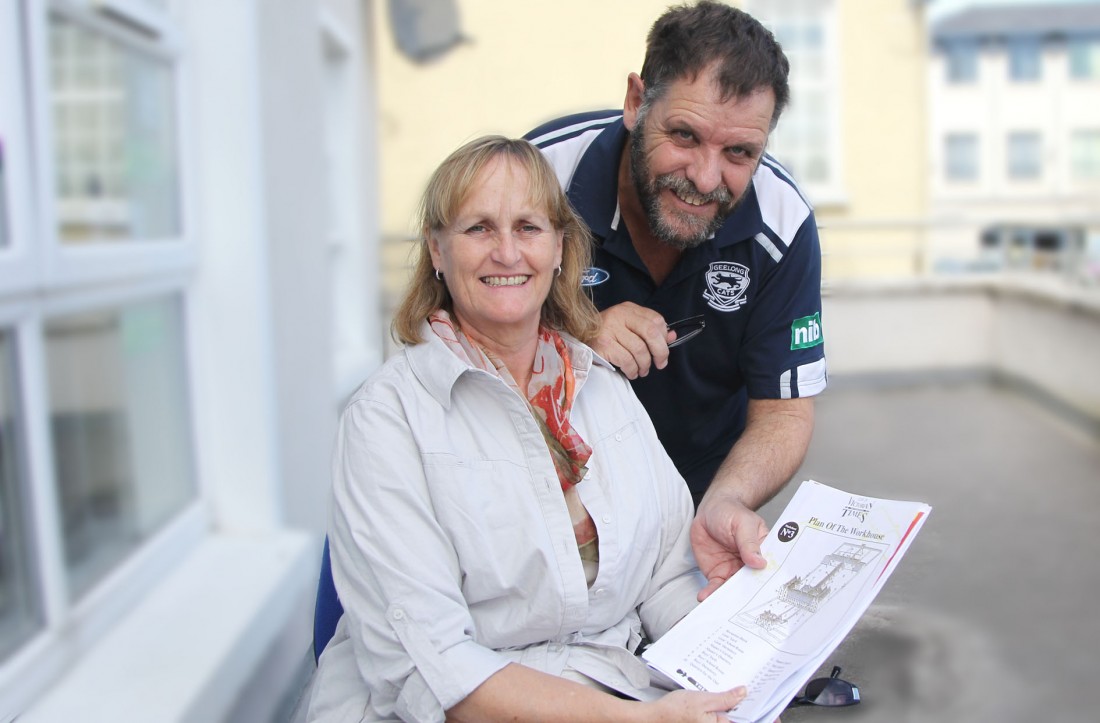 A COUPLE arrived in Donegal from Australia this week hoping to trace descendants of one of their ancestors, who...