Advertisement
HomeBreaking NewsSongs from the heart about ‘real and raw experiences’
Advertisement
WHAT began as a cathartic release from a painful relationship break-up has evolved into a burgeoning music career for one Rathmullan singer-songwriter.
Having officially launched her music career during lockdown in April of this year, Carol Wilson will release her debut album, ‘Trouble Me’ on October 29. The album is a collection of songs written from the heart with raw emotion.
A keen songwriter, it is only in the last four years that the mum-of-three has pursued her passion seriously. She now writes, records and produces her own material, as well as creating accompanying videos.
Speaking to the Donegal News, the 39-year-old said she found music a great source of comfort during the lockdowns of the Covid-19 pandemic.
“I was always playing something and writing songs when I was growing up. This would intensify if I had a break-up or some other kind of life experience.
“I studied visual arts in college and I suppose after that I was busy raising my own family,  but I picked up the guitar again recently and just started playing. I have always found writing music very therapeutic.”
The genre of Carol’s music is a blend of rock, pop, soul, blues and folk.
“My style is very eclectic. My debut album is a collection of songs and are all about this certain type of relationship that I was always attracting. The songs are written from the heart about real and raw experiences.”
Completing a Music Production Course at Full Tilt Studios in Letterkenny further helped Carol
pursue her passion of writing, recording and producing her own material further, as well as creating  the accompanying videos.
A studio in her own home and the aid of technology has ensured Carol has added more strings to her bow and can bring her music to a more finished standard. Her music is also reaching varied audiences.
“I researched a lot about how to release my own music and I came across DistroKid which allows me to distribute my music to a number of platforms. I am delighted with the amount of streaming and downloads it has been receiving.”
Musicians and entertainers have been calling on the government to set a timeline for when live events can return indoors. Carol said she had her first gig in An Stad Rathmullan earlier this month – one week after the government announced that outdoor live music was allowed in pubs in cafés.
“I wasn’t as hard hit as many musicians who would have struggled since the pandemic began. I did have my first gig in An Stad Rathmullan on Friday, August 13. It was great to be able to perform but it was so cold. I had to cut it short in the end because my fingers were shaking too much from the cold to play the piano. I was delighted to get positive feedback from the gig but some did mention the cold, so it would be great if live music was allowed back inside again once safe to do so. I know the Arts and Entertainment industry is really struggling now with being the last to fully open, and I hope it happens soon.”
With a debut album on the horizon and a hopeful album gig launch, Carol said she has much to look forward to.
“At 39, I had thought I was too old to be releasing music and entering into the music industry but having watched the Tina Turner documentary and seeing that she only started in her early 40s was a great boost. If Tina can do it, then so can I.
“I hope to have an album launch gig around the album’s launch time of October 29, but I guess it will all depend on how things go Covid wise, restrictions wise and everything.” 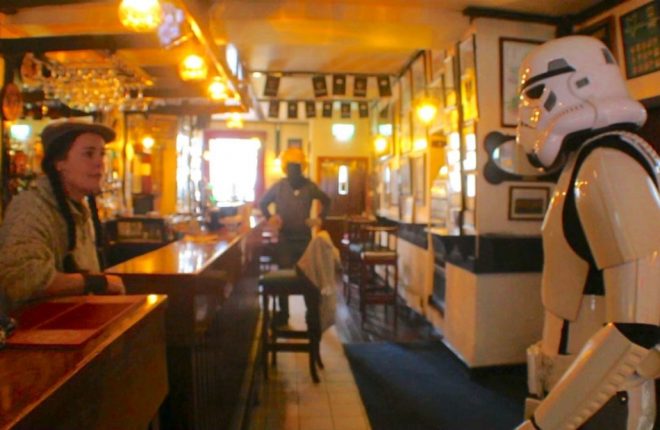