As 18-year-olds go, Sean McGinley is as laid back and happy-go-lucky as they come.

It’s been a track and season to remember for the Glenswilly teenager who runs with Finn Valley AC. Earlier this month, he pulled off an incredible treble when winning gold in the 800 metres, the 1,500 metres and the 3000-metre steeplechase at under-19 level in the national juvenile track and field championships over two weekends in Tullamore.

In every sense, it was the perfect ten.

At the start of 2021 he wasn’t sure what was in store. The pandemic had a major impact on his race schedule the year before, and apart from one cross country race, it offered little in terms of meaningful competition. Another lockdown after Christmas merely increased the level of uncertainty. Motivation was hard to come by. But guided along by his coach, John Rogan, Sean gradually eased himself onto the highway to success.

Gaelic football was Sean’s first love and he enjoyed his years at underage level at Páirc Naomh Columba in the heart of the Glen. His first experience of athletics race was at the Donegal primary schools cross country championships when he won the Letterkenny area final in 2015. He followed up with victory in the county final at the Finn Valley Centre.

Teachers and others who knew potential when they saw it encouraged his father, John, to help develop Sean’s running talent.

“Olympian AC were just two minutes over the road at the GAA pitch. I started there and Martin O’Donnell was my first coach up until John Rogan, my current coach, joined the club the following January or February. During my first year under Martin, I raced a bit of cross country and got used to things – All-Irelands, Ulsters and those sorts of events.”

When John informed his athletes that was parting company with Olympian, he gave them no indication of where he was moving to.

“I didn’t know where to go between Letterkenny or Finn Valley, because I had a good few friends at the time in Letterkenny. But a lot of them were focusing on gaelic or soccer and there was no guarantee there would be a team there in two or three years time. I thought Finn Valley was a better place to try and build a team. A few months after I decided on where I was moving to and John decided the same.”

Sean’s transfer to Finn Valley AC was ratified in April 2020. The culmination of the subsequent 16 months of work resulted in a clean sweep of titles.

The first of those came on day two of the first weekend of the championships at the famous Offaly venue, when he led the field home in the 3,000-metre steeplechase.

“The race was at 11.30 on the Saturday morning. The race listed before mine was cancelled. My race was brought forward 15 minutes and that was a bit of a shock. But I felt good going into the race.”

With the 800-metre final scheduled for the afternoon, he didn’t want to go out too hard early on. With 300 metres to go, he gradually increased the gap and held his form to post a time of 9.43, 13 seconds outside his personal best.

It was back to the hotel for some rest and a spell in the recovery boots before returning to the track for the 800 metres, six hours after his first final.

“I was a lot more relaxed because I’d already got a national medal. I warmed up as normal with Oisin Toye and I always try to keep things light and joke a bit,” he comments.

Aaron Shorten took on the pace from the gun and opened up a sizable lead as is his thing.

“We let him have the lead, knowing that he would come back to us. With 500 to go, myself and two other lads began to close on him. I was fourth and down the back straight for some reason Aaron and the other two moved out to lane two. A nice wee gap opened up in front of me. We had planned to go with 100 to go, but I thought it would be stupid not to take the opportunity. I pushed on, overtook the two lads in front and moved ahead of Aaron before the final bend. I was in front then and decided to give it one final push and with 100 to go it was a case of maintaining the pace,” he recalls.

Sean was expecting a late charge from the chasing pack 50 from home as the legs tied up over the closing strides. But it never came and he dipped over the line in 1.54 – just a second slower than his personal best.

Recovery and preparation filled the following week before he travelled south in search of the 1,500-metre title. Of the three, it is his favourite event.

“I was probably most nervous before that final because it was the last race and the chance of the treble was still on. It ended up being a very slow race. It was a very tactical and the pace didn’t pick up until the last 500 metres,” he says.

He found himself boxed in with two laps to go, but managed to get out 600 from home and lifted the pace. He upped the ante again with 500 and 400 to go, and the last burst came on the final bend.

“I didn’t ease off from that point, I just maintained it. I thought I might have needed to kick again, but thankfully I didn’t need to. If someone had come up on my shoulder, I had another level left. My winning time was 4:01 and my PB is 3:50.”

Up until this year, Sean had two national gold medals in his collection – he won the under-15 cross country title in 2017 and the 1,500 metres indoors in 2018. He’s just back from Manchester where he competed for Northern Ireland and Ulster in the under-20 1,500 metres at an international meet.

“It was all about experience and I’ll be underage again for it next year. John was over with me as well and he was happy with my performance, too,” he says of his last race of the season.

“John deserves all the credit for my success. The coach does make the athlete. I’d always be naturally fit enough but I was going nowhere without him. I do give Martin O’Donnell credit for getting me into athletics. If John hadn’t joined Olympian, I don’t know where I’d be today. I’m very thankful to John and I think he knows that anyway,” he adds.

Competing for Ireland in the Olympic Games is something the teenager has thought a lot about this summer. It’s also an aim he’s discussed with his coach.

A student at St Eunan’s College, Sean is getting ready to return for his sixth and final year. The plan post Leaving Cert is to further his studies at DCU, although he hasn’t ruled out heading Stateside on a scholarship either.

Given the unforgettable season he’s had on the tartan, it’s no surprise that he has a slight leaning to the track as opposed to cross country, where a new season awaits.

“I’m not looking forward to it, but I’m not dreading it either. The thought of the dark nights, the wind, the rain and the muck certainly isn’t as appealing as the track. But I know once I get back into it, that will all change and I’ll be back enjoying it again.”

Sean will be in the hunt for a place on the Irish team for the European under-20 cross country championships which are fixed for Dublin in December.

All in a lifetime for a young man who is enjoying life at the business end of things. 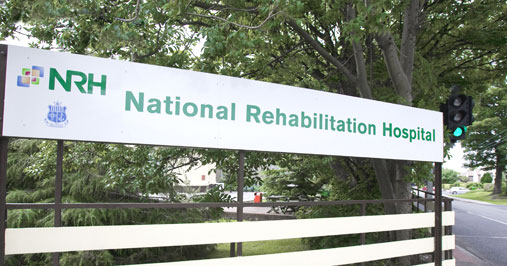 The Fighter: Worrying about what lies ahead

FOR THE past couple of months The Fighter Nikki Bradley has noticed a gradual change in her leg and...